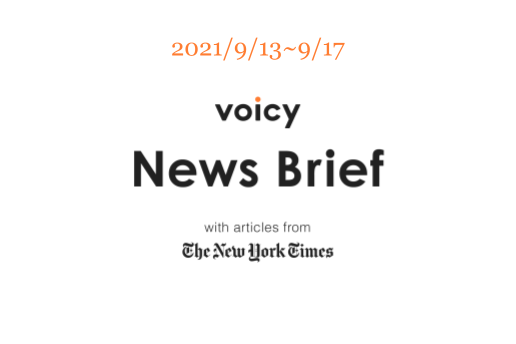 At 9/11 Ceremonies, Moments of Silence, Tributes and Tears

The loved ones gathered again in lower Manhattan for moments of silence and the peals of the bells.

In Pennsylvania, hundreds gathered in a clearing where a hijacked plane had crashed 20 years earlier to hear a former president honor their relatives’ sacrifice. In Chicago, firefighters too young to remember Sept. 11 climbed thousands of steps to honor emergency responders who didn’t live past it. In Nebraska, children sat on the shoulders of their parents and waved American flags to honor the victims of a tragedy that, to them, has only been history.

For two decades, Americans have mourned the attacks of Sept. 11 that killed nearly 3,000 people, a loss so deep it shook the United States to its core.

The ceremonies were part of a day of commemoration across the United States and the world, which watched in shock 20 years ago as passenger jets hijacked by al-Qaida terrorists slammed into the World Trade Center, the Pentagon and a field near Shanksville, Pennsylvania.

To honor the milestone, President Joe Biden visited the site of each attack for ceremonies honoring the lives lost there.

In a video message, Biden, who now leads the country in one of its most divided moments, celebrated the unity that the United States experienced in the wake of the attacks.

“We saw national unity bend,” he said. “We learned that the unity is the one thing that must never break.”

Memorials were also held across the globe. Outside Buckingham Palace in London, a band played “The Star-Spangled Banner.” At NATO headquarters in Brussels, the secretary-general stood in front of a piece of twisted metal from the World Trade Center for a moment of silence.

Former President George W. Bush and Vice President Kamala Harris both took part in a ceremony at the Flight 93 National Memorial in Pennsylvania, during which the names of the 40 passengers and crew members on the plane were read aloud.

Earlier Saturday, the Department of Defense unfurled a large American flag on the side of the Pentagon, where 184 people were killed, and held a memorial ceremony there.

“The hallways that we tread were the ones where so many of them walked,” said Defense Secretary Lloyd Austin. “It will always be our duty to fulfill their missions and live up to their goodness and to stand guard over this democracy.”

On Friday, a federal judge ordered Apple to allow app developers to steer their customers off their iPhone apps to pay for their goods or services, which Apple had banned. That is big news for developers, because sales completed outside Apple’s payment systems are not subject to its commission of up to 30%.

The ruling in Apple’s yearlong legal fight with Epic Games, maker of the popular video game Fortnite, set off celebrations among app developers. From one-person startups to Fortune 500 companies, they have long complained about paying hefty cuts of their businesses to Apple. The impact of the decision will be most felt by the smallest developers.

“It’s a very big deal,” said Denys Zhadanov, a board member at Readdle, which makes five productivity apps. The change could save his company millions of dollars each year, he said.

The court fight has often been framed as a battle between industry heavyweights: Apple, which is worth $2.5 trillion, versus Epic, a far smaller company but still one of the few app makers capable of taking on the Silicon Valley titan.

Friday’s verdict is not expected to be a big hit to Apple’s bottom line. In fact, the company declared victory, since U.S. District Court Judge Yvonne Gonzalez Rogers ruled that Epic had failed to prove that Apple had a monopoly in the mobile gaming market — which would have had a much more serious consequence.

The decision appeared to disappoint Epic. Tim Sweeney, its CEO, said the ruling wasn’t a “win for developers or for consumers.”

There could be a number of barriers to the mandated App Store changes. Apple could ask another judge to temporarily block the order. And both companies could appeal the ruling.

Apple could also restrict how developers direct customers off their apps to complete transactions, including by making them list Apple’s payment system as an option and barring them from offering discounts for customers who don’t pay via Apple.

SAN FRANCISCO — When Pinterest went public in 2019, Christine Martinez’s friends sent congratulations. She had worked closely with the founders of the digital pinboard in its earliest days, and her friends thought she would get rich alongside them.

But as Pinterest’s stock price rose, turning its founders into billionaires, Martinez realized she would not be compensated or credited for her contributions, she said.

On Monday, she sued.

Martinez, 40, was never formally employed by Pinterest nor did she ask for a contract. She was not given stock, though she said Pinterest’s founders had verbally agreed to compensate her many times.

Martinez argued that she and the founders had an implied contract, based on their discussions. Pinterest even named a section of its source code after her, according to the complaint.

A Pinterest spokeswoman said that Martinez’s allegations were without merit and that the company would defend its position in court.

The lawsuit renews questions about whether Pinterest, which caters primarily to female users, is hostile to women and minorities in its workplace.

In December, the company agreed to a $22.5 million settlement with Brougher, including a $2.5 million donation toward charities for women and underrepresented minorities in tech.

According to the lawsuit, Martinez gave the co-founders the idea of organizing images on “boards,” a core feature of the site; created its call-to-action phrase, “Pin it”; and established its main categories including home décor, fashion and DIY (do-it-yourself). She also helped Silbermann persuade top design and lifestyle bloggers to use Pinterest and promote it. She took him to conferences, gathered feedback from the community and honed the pitch, she said.

Martinez said she realized she would not be compensated only after Pinterest went public in 2019.

A Million Afghan Children Could Die in ‘Most Perilous Hour,’ U.N. Warns

Millions of Afghans could run out of food before the arrival of winter and 1 million children are at risk of starvation and death if their immediate needs are not met, top United Nations officials warned Monday, putting the country’s plight into stark relief.

Secretary-General António Guterres, speaking at a high-level U.N. conference in Geneva convened to address the crisis, said that since the Taliban takeover in Afghanistan last month, the nation’s poverty rate has soared; basic public services have neared collapse; and, in the past year, hundreds of thousands of people have been made homeless after being forced to flee fighting.

“After decades of war, suffering and insecurity, they face perhaps their most perilous hour,” Guterres said, adding that 1 in 3 Afghans do not know where they will get their next meal.

The deepening humanitarian crisis tops a dizzying array of challenges confronting the new Taliban regime as it navigates governing a country propped up for decades by aid from international donors.

Speaking to the news media Monday afternoon, Guterres said more than $1 billion in aid pledges had been made at the meeting by the international community, which is still grappling with how to work with an organization like the Taliban, with a history of brutality and human rights abuses.

Even as widespread malnutrition looms, the hospitals that once treated people for starvation now face potential collapse. At a hospital in Chak-e Wardak, administrators have been unable to pay salaries or purchase new medicines with banks still closed, according to Faridullah, the facility’s resident doctor.

On Monday, in his first public remarks to Congress, Secretary of State Antony J. Blinken defended the Biden administration’s withdrawal from Afghanistan, saying there was no reason to believe the country would have stabilized had the United States remained.

During the conference Monday, the U.N. said it needed $606 million in emergency funding to address the immediate crisis, while acknowledging that money alone will not be enough. By the end of the gathering, international pledges had surpassed the amount requested.

While the Taliban did not have a representative in Geneva for the meeting, Zabihullah Mujahid, the Taliban’s deputy information and culture minister, said the government welcomed all humanitarian efforts by any nation.

KENNEDY SPACE CENTER, Fla. — A SpaceX rocket lifted off Wednesday night from a launchpad here, carrying four Americans on an adventure to orbit the Earth for three days that will be like no other.

None of the crew works for NASA. The mission, known as Inspiration4, is the first orbital trip where not one of the people aboard is a professional astronaut and where government is, by and large, a bystander and observer.

The evening sky was nearly devoid of clouds when the nine engines of the Falcon 9 rocket ignited, lifting the rocket and its passengers to space.

Jared Isaacman, a 38-year-old billionaire and founder of Shift4, a payments-processing service, financed the trip. Isaacman’s public profile is far less prominent than that of Richard Branson or Jeff Bezos, two billionaires who flew to the edge of space in July in vehicles operated by companies they own. Those trips lasted just minutes before returning to the ground.

Isaacman’s three-day adventure is perhaps more noteworthy, a step toward a future where space travel might be like airline travel today — accessible by almost everyone. That is because Isaacman decided not to just bring along his friends. Instead, he opened opportunities to three people he did not know.

The result is a mission that carries a crew that is more representative of wider society — Hayley Arceneaux, a 29-year-old physician assistant at St. Jude Children’s Research Hospital in Memphis, Tennessee; Sian Proctor, a 51-year-old community college professor who would be the first Black woman to pilot a spacecraft; and Christopher Sembroski, a 42-year-old data engineer.

Isaacman has declined to say how much he is paying for this orbital trip, only that it was less than the $200 million that he hopes to raise for St. Jude with an accompanying fundraising drive.

The capsule is headed to an orbit some 360 miles up, higher than the International Space Station.

The crew members will spend a fair amount of time helping to advance medical research on how the human body reacts to being in space.

After they get to orbit, they will make 15 trips around the planet each day, until Saturday, when they are scheduled to splash down off the Florida coast.