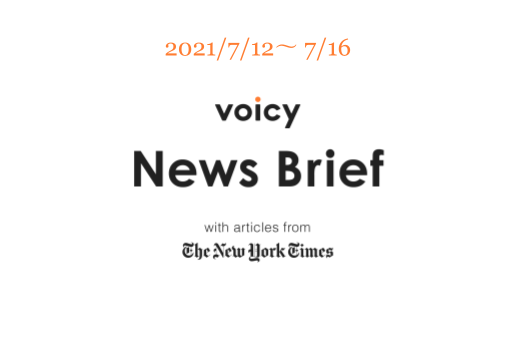 Much of the West is facing further record-breaking temperatures over the coming days with over 31 million people in areas under excessive heat warnings or heat advisories. It is the third heat wave to sweep the region this summer. In California’s Death Valley, temperatures soared to 130 degrees on both Friday and Saturday and was forecast to hit the same peak Sunday.

The extreme temperatures that scorched the Pacific Northwest in late June led to nearly 200 deaths in Oregon and Washington, as people struggled to keep cool in poorly air-conditioned homes, on the street, and in fields and warehouses.

The same “heat dome” effect that enveloped the Northwest — in which hot, dry ground traps heat and accelerates rising temperatures — has descended on California and parts of the Southwest this weekend.

Sarah Rogowski, a meteorologist with the National Weather Service, said daytime highs between 100 and 120 degrees were hitting parts of California. Most dangerously, temperatures will remain high into the night, hovering 15 to 25 degrees above average.

The record-shattering temperatures in the Pacific Northwest last week would have been all but impossible without climate change, according to researchers. Because climate change has raised baseline temperatures nearly 2 degrees Fahrenheit on average since 1900, heat waves are likely to be hotter and deadlier than those in past centuries, scientists said.

Excessive-heat warnings blanket most of California, along with parts of Nevada, Arizona, Utah, Oregon and Idaho.

California is facing the most extreme and widespread high temperatures. The agency that runs the state’s electrical grid issued pleas Thursday for consumers to cut back on power use to help prevent blackouts. Gov. Gavin Newsom asked residents to cut their water consumption as he expanded a regional drought emergency.

The city of Merced reached 111 degrees Saturday, breaking the record of 108 set in 1961. Records could be broken this weekend in Fresno, Madera, Hanford and Bakersfield.

The nation is facing once-in-a-generation choices about how energy ought to be delivered to homes, businesses and electric cars — decisions that could shape the course of climate change and determine how the United States copes with wildfires, heat waves and other extreme weather linked to global warming.

On one side, large electric utilities and President Joe Biden want to build thousands of miles of power lines to move electricity created by distant wind turbines and solar farms to cities and suburbs. On the other, some environmental organizations and community groups are pushing for greater investment in rooftop solar panels, batteries and local wind turbines.

Biden has secured $73 billion for thousands of miles of new power lines in an infrastructure proposal he and senators from both parties agreed to in June. That deal includes the creation of a Grid Development Authority to speed up approvals for transmission lines.

Most energy experts agree that the United States must improve its aging electric grids, especially after millions of Texans spent days freezing this winter when the state’s electricity system faltered.

The option supported by Biden and some large energy companies would replace coal and natural gas power plants with large wind and solar farms hundreds of miles from cities, requiring lots of new power lines. Such integration would strengthen the control that the utility industry and Wall Street have over the grid.

“You’ve got to have a big national plan to make sure the power gets from where it is generated to where the need is,” Energy Secretary Jennifer Granholm said.

But many of Biden’s liberal allies argue that solar panels, batteries and other local energy sources should be emphasized because they would be more resilient and could be built more quickly.

“We need to build the electricity transmission and distribution system for the grid of the future and not that of the past,” said Howard Learner, executive director of the Environmental Law & Policy Center, a nonprofit based in Chicago. “Solar energy plus storage is as transformative to the electric sector as wireless services were to the telecommunications sector.”

In all probability, there will be a mix of solutions that include more transmission lines and rooftop solar panels. What combination emerges will depend on deals made in Congress but also skirmishes playing out across the country.

Why the New York Subway Has a Water Problem

Even before the latest deluge, the century-old subway had a long-standing water problem that required work crews to be routinely dispatched to plug leaks. Bored through layers of rock, the subway system snakes through stopped-up natural springs and is surrounded by the groundwater that runs beneath the city.

In fact, about 14 million gallons of water are pumped out of the system on a dry day.

But now the subway’s water woes are likely to get worse as more extreme rains become increasingly common with the changing climate.

The Metropolitan Transportation Authority, which operates the 472-station subway, has spent $130 million to address water issues as part of a 2017 subway action plan, including cleaning and repairing 40,000 street and sidewalk vents that allow water to run down into the subway and clearing drainage pipes under tracks and inside stations that carry rainwater to pumps. The agency has also invested $2.6 billion in resiliency projects since Superstorm Sandy swamped the system in 2012, including fortifying 3,500 subway openings like vents, staircases and elevator shafts against flooding primarily in low-lying and coastal areas. The MTA also spends an average of $20 million annually on water-mitigation efforts such as replacing pumps and upgrading pump rooms.

The result has been a significant decrease in recent years in service delays caused by rain and flooding, MTA officials said. Still, Thursday’s storms showed that the subway remains exposed to flash flooding.

The initial round of afternoon storms was unusually heavy because of moisture being pumped into the atmosphere from Tropical Storm Elsa.

On Thursday, rain cascaded down some subway staircases and soaked a handful of stations in northern Manhattan and the Bronx. A stretch of the A line from 190th Street to 207th Street was closed for a couple of hours while crews pumped out water from the Dyckman Street station.

Sarah Feinberg, the interim subway chief, said subway service continued uninterrupted in most of the system despite the challenges from the flash flooding. Even in stations where one entrance was submerged in water, other entrances were available, and trains continued to run.

As England Speeds Ahead on Reopening, Scotland Moves Cautiously

While England embarks on a wholesale lifting of its remaining restrictions Monday, people in Scotland will still be urged to work from home, will face restrictions on the size of gatherings and will be obliged to wear face coverings in indoor spaces, including public transportation.

Throughout the pandemic, Sturgeon has taken a more cautious approach than Johnson, prioritizing heath over the economy and invariably adopting tougher restrictions, and her announcement Tuesday was no exception.

The difference was most stark on the issue of face coverings, which, she said, would remain mandatory in Scotland “not just now, but, in all likelihood, for some time to come.”

On Monday, Johnson said that rules requiring masks would be scrapped in England, but that the government would recommend their use in crowded indoor places such as public transportation. Even that was a change in tone from Johnson and some of his ministers, who had previously appeared more enthusiastic about ending the use of face coverings.

In a thinly veiled attack on Johnson’s policy on masks, Sturgeon said that “if a government believes that measures like this matter — and this government does — we should say so, we should do what is necessary to ensure compliance and we should be prepared to take any resulting flak.”

Despite the caveats, Sturgeon said infections in Scotland were falling sufficiently to allow all Scottish regions to move to the lowest tier of restrictions, known as Level 0, from Monday. This means that all shops, pubs, restaurants and other venues can open, except for nightclubs and adult entertainment. However, some social-distancing rules will remain, and hospitality venues will have to close at midnight.

Tapping into the Brain to Help a Paralyzed Man Speak

He has not been able to speak since 2003, when he was paralyzed at age 20 by a severe stroke after a terrible car crash.

Now, in a scientific milestone, researchers have tapped into the speech areas of his brain — allowing him to produce comprehensible words and sentences simply by trying to say them. When the man, known by his nickname, Pancho, tries to speak, electrodes implanted in his brain transmit signals to a computer that displays them on the screen.

His first recognizable sentence, researchers said, was, “My family is outside.”

The achievement, published on Wednesday in the New England Journal of Medicine, could eventually help many patients with conditions that steal their ability to talk.

“This is farther than we’ve ever imagined we could go,” said Melanie Fried-Oken, a professor of neurology and pediatrics at Oregon Health & Science University, who was not involved in the project.

The team implanted a rectangular sheet of 128 electrodes, designed to detect signals from speech-related sensory and motor processes linked to the mouth, lips, jaw, tongue and larynx. In 50 sessions over 81 weeks, they connected the implant to a computer by a cable attached to a port in Pancho’s head, and asked him to try to say words from a list of 50 common ones he helped suggest, including “hungry,” “music” and “computer.”

As he did, electrodes transmitted signals through a form of artificial intelligence that tried to recognize the intended words.

“To prove that you can decipher speech from the electrical signals in the speech motor area of your brain is groundbreaking,” said Fried-Oken.

The new approach, called a speech neuroprosthesis, is part of a surge of innovation aimed at helping tens of thousands of people who lack the ability to talk, but whose brains contain neural pathways for speech, said Dr. Leigh Hochberg, a neurologist with Massachusetts General Hospital, Brown University and the Department of Veterans Affairs, who was not involved in the study but co-wrote an editorial about it.

“It’s now only a matter of years,” he said, “before there will be a clinically useful system that will allow for the restoration of communication.”