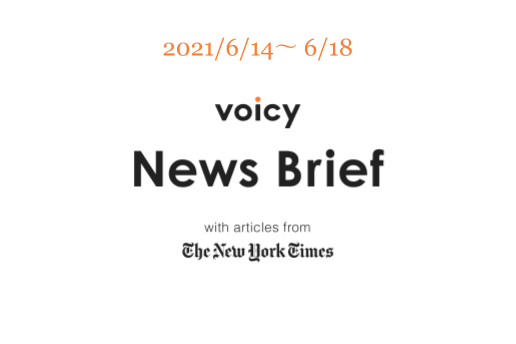 Pulitzer Prizes Focus on Coverage of Pandemic and Law Enforcement

Pulitzer Prizes were awarded Friday to news organizations that provided in-depth coverage of the dramatic turns of 2020, a year dominated by a pandemic that left millions dead and a national conversation on race after the murder of George Floyd.

The prize for public service, considered the most prestigious of the Pulitzers, went to The New York Times for its coverage of the coronavirus pandemic, an award shared by many departments at the newspaper. The board called the Times’ coverage “courageous, prescient and sweeping.”

The Pulitzer board also recognized journalism that examined law enforcement practices during a year of worldwide street protests inspired, in part, by the murder of Floyd, a Black man, by a police officer in Minneapolis.

The national reporting award recognized an investigative series on police dogs used as weapons, often against innocent citizens, that was carried out by four news organizations working together: The Marshall Project, a nonprofit outlet focused on criminal justice; AL.com, an Alabama news site; IndyStar, of Indianapolis; and the Invisible Institute, a journalism company based on the South Side of Chicago.

The Tampa Bay Times won the local reporting award for exposing a data-driven policing initiative in Pasco County, Florida, that intimidated residents and labeled some schoolchildren future criminals. The staff of The Star Tribune in Minneapolis won in the breaking news category for its coverage of the murder of Floyd and its aftermath.

The Pulitzer Prizes, first given in 1917 and presented annually by Columbia University for excellence in journalism, books, music and drama, were announced via video livestream by Pulitzer board co-chairs Mindy Marqués González and Stephen Engelberg. Originally scheduled for April, the event was postponed as the pandemic lasted into 2021, giving board members more time to judge the entries.

Darnella Frazier, the teenager who filmed the murder of Floyd, received a special citation. In her remarks Friday, Marqués González called Frazier’s video “transformative,” adding that it “jolted viewers and spurred protests against police brutality around the world.”

In addition to its public service Pulitzer on Friday, the Times won for criticism, an honor that went to Wesley Morris, a critic-at-large. His 2020 work included a meditation on the important role played by Black Americans with camera phones in the civil rights movement.

Novak Djokovic beat Stefanos Tsitsipas of Greece to win the French Open on Sunday, coming back from two sets down for his second stunning triumph in less than 48 hours.

It was the second Grand Slam triumph of the year for Djokovic, who won the Australian Open in February, and the 19th of his career, just one behind Nadal and Roger Federer, who are tied for the career lead among men with 20.

Djokovic, 34, has said ending his career with more Grand Slam titles than anyone in history is one of the main motivations that keeps him playing tennis.

He is now halfway to a Grand Slam — winning all four major tennis tournaments in a single year — something that no man has accomplished in more than 50 years. He is the defending champion at Wimbledon, which begins in two weeks.

Best not to bet against him.

Djokovic has won Wimbledon five times, and he has won 12 Grand Slam titles on hard courts, including three at the U.S. Open, which will take place in New York at the end of the summer.

Tsitsipas, 22, is one of the rising stars of pro tennis. He was playing in his first Grand Slam final and was not expected to upset a player who has no equal in his sport at the moment, although he came close.

The match followed the four-set duel that Djokovic played against Nadal two days earlier. Djokovic immediately called that match one of the greatest of his career. It was easily his greatest win in Paris. This one was likely a close second, requiring Djokovic to recover from a violent tumble on the clay in the first set that staggered him badly.

The title was Djokovic’s second at the French Open. He is now the only male player of the modern era to have won every Grand Slam tournament twice.

U.S. to Ban Dogs From Over 100 Countries Amid Concern Over Spread of Rabies

Dogs from more than 100 countries will be banned from being brought into the United States for one year because of heightened concerns over the spread of rabies, federal health officials announced Monday.

The countries targeted by the ban, which will take effect July 14, are considered to be at high risk for spreading the deadly virus, the U.S. Centers for Disease Control and Prevention said. They include the Dominican Republic, Cuba, Colombia, China, Russia, Ukraine, India and the Philippines.

Officials at the CDC said that the temporary measure was necessary to prevent the reintroduction of a canine rabies virus variant in United States, where the variant has been eliminated since 2007.

As many as 100,000 of the 1 million dogs that are brought into the United States each year could be denied entry, according to the CDC, which said that it would make exceptions on a limited basis for owners of service dogs and foreigners moving stateside with their pets.

“Rabies is fatal in both humans and animals, and the importation of even one rabid dog could result in transmission to humans, pets, and wildlife,” the agency said on its website Monday.

Health officials said that the number of dogs from high-risk countries that were denied entry into the United States in 2020 rose by 52% compared with the previous two years. Many of the dogs, which mostly came from Russia, Ukraine and Colombia, were rejected because the paperwork submitted for them was fraudulent and overstated their age, according to the CDC.

The new rules will apply to dogs that are hand-carried, checked in as passenger baggage or transported as cargo on flights to the United States, the CDC said. The owners of puppies, emotional support dogs and service dogs must comply with the rules.

If an exception is made, it will be only for dogs that are least 6 months old (as verified by submission of current photos of the dog’s teeth), are microchipped, have a valid rabies vaccination certificate and have a valid rabies serologic titer from an approved laboratory if the dog was vaccinated outside the United States.

China, Its Military Might Expanding, Accuses NATO of Hypocrisy

China’s former leader, Deng Xiaoping, famously used an old proverb to describe the country’s foreign policy after the end of the Cold War: “Hide our strength, bide our time.” Those days are long gone.

China now faces a world that increasingly views its economic and military might as a threat that must be confronted, as NATO’s leaders made clear in their summit in Brussels.

While China poses virtually no direct military threat to Europe, which is NATO’s home field, it can now flex its military power in ways that were unimaginable only a few years ago — not only in Asia, but also globally.

Even as NATO leaders met in Brussels, the U.S. aircraft carrier Ronald Reagan and several other warships moved into the disputed waters of the South China Sea, with the group’s commander, Rear Adm. Will Pennington, vowing to protect “international law and rules-based order,” wording that echoed NATO’s communiqué. Hours later, 28 Chinese fighter jets and other aircraft conducted their own show of force over waters south of Taiwan, the island democracy that China claims as its own.

Only days before, the Group of 7 leaders, meeting in Cornwall, England, had for the first time issued a statement on Taiwan, calling for China to support peace and stability across the Taiwan Strait after a series of menacing Chinese military operations like those Tuesday.

The declarations by the G-7 and NATO are in part the fruition of President Joe Biden’s strategy to build a coalition of like-minded nations to confront China over its activities.

Although largely symbolic, they have for Beijing deepened a sense of crisis in relations with the United States that now threatens to expand to Europe. China’s leader, Xi Jinping, and senior diplomats have tried to thwart such an alliance from coalescing with a series of meetings and video conferences with European leaders in recent months.

Federal Reserve officials signaled Wednesday that they expected to raise interest rates from rock bottom sooner than they had previously forecast and that they were taking baby steps toward reducing their vast bond purchases — tweaks that, together, demonstrated their increasing confidence that the economy would rebound robustly from the pandemic.

Fed policymakers expect to make two interest rate increases by the end of 2023, the central bank’s updated summary of economic projections showed Wednesday. Previously, more than half of officials had anticipated that rates would stay near zero, where they have been since March 2020, into at least 2024. Officials now see rates rising to 0.6% by the end of 2023, up from 0.1%.

The Fed chair, Jerome Powell, played down the significance of those tentative rate forecasts during a post-meeting news conference, emphasizing that borrowing costs would remain low for a long time. But he also spoke optimistically about the economic outlook and said the central bank was beginning to discuss when and how it should slow its other key monetary policy: huge purchases of government-backed debt that it carries out to stoke demand.

The central bank’s increasingly buoyant take on the economy partly reflects that vaccines have become widespread in the United States, diminishing the risk that another wave of coronavirus infections will drive the economy back to a standstill. As businesses are able to reopen, the labor market is healing, prices are rebounding from a pandemic-era slump, and overall growth is surging.

Policymakers on Wednesday left interest rates near zero, where they have been since March 2020. They also promised to continue buying about $120 billion per month in Treasury securities and other government-backed bonds. Low rates and bond purchases work together to allow money to flow easily through the economy, fueling stronger demand that can help speed up growth and job market healing.

Officials have repeatedly pledged to continue to support the economy until the pandemic shock is well behind the United States. Specifically, they have said that they want to achieve “substantial” progress toward their two economic goals — maximum employment and stable inflation — before slowing their bond purchases. The bar for raising interest rates is even higher. Officials have said they want to see the job market back at full strength and inflation on track to average 2% over time before they will lift interest rates from rock bottom.