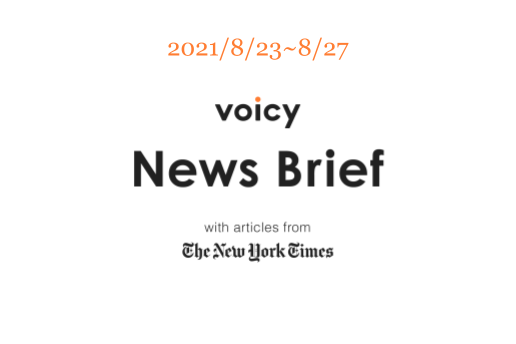 NEW YORK — It was supposed to be a glorious celebration of the reemergence of New York City after more than a year of pandemic hardship — a concert bringing thousands of vaccinated fans on Saturday evening to the Great Lawn of Central Park to hear an all-star lineup.

And for the first couple of hours it was, with messages of New York’s resilience sandwiched between performances by the New York Philharmonic, Jennifer Hudson, Carlos Santana, LL Cool J, and Earth, Wind & Fire, among others.

But shortly after 7:30 p.m., as Barry Manilow was performing, lightning brought the concert to a halt. “Please seek shelter for your safety,” an announcer intoned.

The crowds were sent home, and the concert was brought to an abrupt halt. Even with Hurricane Henri expected to make landfall in the region Sunday, officials held out the hope of resuming the performance if the weather allowed. Many of the headliners, including Bruce Springsteen, Paul Simon, Patti Smith, Elvis Costello and Maluma, had yet to perform when it was cut short. But shortly before 10:30 p.m., the show was called off.

Gayle King, a co-host of “CBS This Morning,” began the evening by thanking the essential workers who had pulled the city through the darkest days of the pandemic. “We gather for a common purpose: to say, ‘Welcome back, New York City!’” she said.

She then introduced the New York Philharmonic, which kicked off the concert with the overture to Leonard Bernstein’s “Candide,” conducted by Marin Alsop, a Bernstein protege. The orchestra then played a medley of New York-themed music, including Gershwin’s “Rhapsody in Blue,” Billy Joel’s “New York State of Mind” and “Theme from ‘New York, New York,’” the anthem made famous by Frank Sinatra.

The concert, “We Love NYC: The Homecoming Concert,” broadcast live on CNN, was part of Mayor Bill de Blasio’s plans to celebrate the city’s comeback after the suffering of the pandemic. When the concert was announced in June, plunging coronavirus case numbers and rising vaccination figures had filled the city with hope.

But circumstances have shifted considerably over the past two months. The spread of the highly contagious delta variant has led some city businesses to postpone the return to their offices, prompted the city to institute vaccine mandates for indoor dining and entertainment, and threatened to destabilize the wider concert business.

TOKYO — A professional soccer player from Myanmar who publicly opposed the military junta that staged a coup in his country won asylum in Japan on Friday, a rare development in a country known for its notoriously unwelcoming immigration system.

The athlete, Pyae Lyan Aung, came to Japan with Myanmar’s national team for the FIFA World Cup qualifiers in Asia this year. While on the field before the first match, he flashed a three-fingered salute — a gesture made popular by the movie “The Hunger Games” that has become a sign of resistance in his home country.

His small protest triggered intense news coverage that put him in a national spotlight. The gesture also brought concern that his life could be in danger if he returned home. Shortly before boarding a flight back, he asked Japanese immigration agents at passport control for asylum.

Japan accepts less than 1% of asylum-seekers each year, and it approved only 47 asylum applications last year.

Pyae Lyan Aung’s case also put attention on the reluctance of the Japanese government to take a firm stance against the junta’s actions in Myanmar. While Japanese officials have denounced the military’s actions, they have declined to join the United States and other countries in applying sanctions. More than 1,000 people have died at the hands of Myanmar’s security forces, according to a tally kept by a monitoring group that tracks the killings. Thousands are in detention.

Japan has, however, allowed people from Myanmar to apply for visas on a provisional basis. Pyae Lyan Aung received a certificate Friday attesting to his asylum status from the Osaka Regional Immigration Bureau.

Speaking to reporters Friday, he thanked Japan for approving his asylum application and said he had found a position with a third-tier Japanese soccer club in the port city of Yokohama and would be looking for additional work to support himself.

“Now that I’ve received residence status, I can live worry free here in Japan,” he said, adding that he had not given up on his dream of going professional full time.

Pyae Lyan Aung’s attorney, Yoshihiro Sorano, praised the Japanese government for its decision but noted that there were still many more people from Myanmar in Japan who could face political persecution if they returned home.

“It’s Japan’s duty to think of a way that Myanmar can build a society that doesn’t produce refugees,” he said.

Fears Rise About Safety of Afghan Airport as U.S. Warns Americans to Stay Away

Panic and desperation rose Saturday among thousands of Afghans struggling to flee the week-old Taliban takeover of Afghanistan, as gates to the Kabul airport were closed off and the U.S. Embassy warned U.S. citizens to stay away from the airport, citing “potential security threats outside the gates.”

The U.S. Embassy’s warning that Americans should stay away from the airport added a new level of uncertainty to the volatile situation — which includes reports of growing hunger around the country — just a day after President Joe Biden vowed to get all U.S. citizens to safety.

Assaulted by tear gas and by Taliban gunmen who have beaten people with clubs and whips, throngs of Afghans and their families continued to swarm the airport in hopes of getting aboard U.S. military transport planes evacuating Americans and their Afghan allies. But the hopes of those who pressed against the airport blast walls faded as word spread that Biden had warned that his effort to evacuate Afghans likely would not “be without risk or loss.”

U.S. officials said the most serious current threat is that Afghanistan’s Islamic State branch would attempt an attack that would both hurt the Americans and damage the Taliban’s sense of control.

Pentagon officials said airport gates had been temporarily closed but were open intermittently to allow Americans with proper credentials to enter. While the Taliban control Kabul and the area around the airport up to the entry gates, U.S. and British troops control direct access through the gates.

Maj. Gen. William Taylor of the Pentagon’s Joint Staff told reporters Saturday that in the past 24 hours, 3,800 passengers, roughly half of them Americans, had been flown out. That figure was down from 6,000 evacuated two days ago. U.S. officials had estimated Tuesday that there were 10,000 to 15,000 U.S. citizens in Afghanistan, but they have not provided updated numbers.

The embassy alert underscored the deteriorating security situation in the capital amid reports that Taliban gunmen were going door-to-door, searching for Afghans who had worked for the U.S. government or military, or for the U.S.-backed government. The militants are threatening to arrest or punish family members if they can’t find the people they are seeking.

Rachel Maddow, the top-rated anchor at MSNBC, has renewed her contract with the cable news network, extending her 13-year run for several more years, according to a person briefed on the deal who was not authorized to speak on it publicly.

In addition to hosting her show, Maddow, 48, will develop new projects with the network’s parent company, NBCUniversal, the person said. Financial terms of the deal could not be learned.

Maddow’s contract had been set to expire next year, and The Daily Beast reported this month that she had expressed interest in leaving the network to pursue podcasting and streaming projects. News that Maddow had extended her contract with the network was first reported by Insider.

“The Rachel Maddow Show,” which is broadcast weeknights at 9 p.m., is MSNBC’s No. 1 ratings draw and features a mix of news, opinion and entertainment. Maddow, a former Rhodes scholar, was one of the hosts who helped MSNBC become a beloved hub for liberals, particularly during the presidency of Donald Trump.

Her stature at the network and in the cable news orbit grew with Trump in office as her show helped lead a resurgence in ratings for MSNBC, whose prime-time viewership in the key 25-to-54 age demographic more than doubled in a year. (Fox News has once again regained its mantle as the No. 1 cable-news channel.)

Phil Griffin, the former president of MSNBC, handed Maddow her prime-time break in 2008. He stepped down in February, shortly after the network notched its highest viewership numbers in a quarter-century. He handed the reins, and the task of retaining those viewers, to Rashida Jones.

TikTok Adds In-App Shopping, in a Partnership with Shopify

TikTok and Shopify, the e-commerce platform, said on Tuesday that they were working together to add the ability for consumers to shop directly in the TikTok app for the first time.

TikTok has largely been known as a video app that provides entertainment and memes. Users have not been able to buy products directly in the app, even though TikTok features many influencers who often talk up clothing, makeup and household products. Instead, users have only been able to buy goods on TikTok through ads on the app.

But under the new partnership, Shopify merchants that participate in a pilot program will be able to add a shopping tab to their profiles and link to products within TikTok posts. Shopify said it expected to expand the feature to all of its merchants this fall.

TikTok joins Instagram and Facebook in offering in-app shopping, part of a larger shift toward what is known as social commerce — buying products directly within a social media platform — as creators seek out new ways to make money from their audience.

The move into in-app shopping reflects how people already use the app to find products, said Blake Chandlee, TikTok’s president of global business solutions. The app has inspired two-thirds of users to shop even when they weren’t planning to do so, according to a survey that TikTok conducted in the fall with the London market researcher Walnut Unlimited. The hashtag #tiktokmademebuyit has 4.6 billion views.

One of the merchants that is part of the new pilot program is Kylie Cosmetics, Kylie Jenner’s makeup and skin-care brand, which has 2 million followers on TikTok. Jenner’s personal TikTok account has 34.9 million followers.

Social media is “where I grew my audience and community,” Jenner wrote in an email. “The ability to shop my products directly on these platforms is so important because that’s where our audience is going first.”