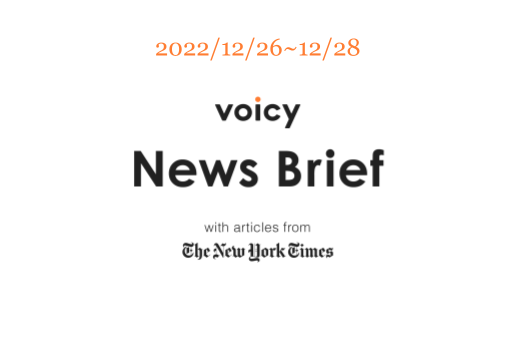 For months, mission managers have been expecting this as dust accumulated on the lander’s solar panels, blocking the sunlight the stationary spacecraft needs to generate power.

InSight, which arrived on the surface of Mars more than four years ago to measure the red planet’s seismological shaking, was last in touch Thursday. But nothing was heard during the last two communication attempts, and NASA announced Wednesday that it was unlikely for it ever to hear from InSight again.

“I feel sad, but I also feel pretty good,” Bruce Banerdt, the mission’s principal investigator at NASA’s Jet Propulsion Laboratory, said in an interview. “We’ve been expecting this to come to an end for some time.”

He added, “I think that it’s been a great run.”

InSight — the name is a compression of the mission’s full name, Interior Exploration Using Seismic Investigations, Geodesy and Heat Transport — was a diversion from NASA’s better known rover missions, focusing on the mysteries of Mars’ deep interior instead of searching for signs of water and possible extinct life on the red planet. The $830 million mission aimed to answer questions about the planet’s structure, composition and geological history.

The spacecraft’s seismometer lived up to scientists’ expectations. It was the first time that quakes have been detected on another planet. (It was, however, not the first off-Earth quakes. During the Apollo missions, NASA astronauts left seismometers on the moon, and those registered numerous moonquakes.)

As InSight comes to an end, one of the other active NASA spacecraft on the surface of Mars, the Perseverance rover, is setting the stage for a future mission. It has started dropping onto the ground 10 tubes containing rock samples that are about the size of a stick of chalk.

Perseverance has been drilling a variety of rocks in the Jezero Crater where it landed. A follow-up mission still in the planning stages, Mars Sample Return, is to bring the rocks back to Earth for scientists to study in their laboratories.

VATICAN CITY — Pope Francis used his Christmas address from a balcony overlooking a crowded St. Peter’s Square on Sunday to call for “concrete gestures of solidarity” with besieged Ukrainians living through the holiday “in the dark and cold, far from their homes due to the devastation caused by 10 months of war.”

Lamenting that the “icy winds of war continue to buffet humanity” in an era scarred by a “grave famine of peace,” Francis meditated in his 10th Urbi et Orbi — or “to the city and to the world” — Christmas blessing on the birth of Jesus as a symbol of peace.

Francis, who turned 86 last week, urged the tens of thousands of faithful in the square to “follow that road” away from a “world closed in on itself and oppressed by the dark shadows of enmity and war, to a world that is open and free to live in fraternity and peace.” Speaking specifically about the suffering in Ukraine caused by Russia’s unprovoked invasion, he called on God to “enlighten the minds of those who have the power to silence the thunder of weapons and put an immediate end to this senseless war.”

He did not mention President Vladimir Putin of Russia by name.

Francis now regularly speaks out against war, but it has taken him a long and fitful time to find his voice.

Only at the end of August, amid questioning about whether the pope was risking his moral authority, did the Vatican issue a statement saying “the large-scale war in Ukraine” was “initiated by the Russian Federation.” It insisted Francis’ condemnation was “unequivocal.”

Moving beyond Ukraine on Sunday, he touched on other “theaters of this third world war” around the globe.

“Let us think of Syria, still scarred by a conflict that has receded into the background but has not ended,” he said. He mentioned the suffering of the people of Haiti and the increasing violence in the Holy Land, and he urged a divine intervention to rebuild “mutual trust between Israelis and Palestinians.” He urged an end to the conflict and violence tearing apart the coexistence of people with different cultures and traditions in northern Africa, prayed for a lasting truce in Yemen, and for reconciliation in Myanmar and Iran.

Your Mail Truck Is Going Electric

WASHINGTON — The U.S. Postal Service announced Tuesday that it planned to buy at least 66,000 electric vehicles by 2028, creating one of the largest battery-powered fleets in the nation and resolving a long-running dispute with the Biden administration over how quickly the agency should clean up its fleet of white, red and blue mail trucks.

The post office said it would invest $9.6 billion over the next six years to refurbish its aging mail delivery fleet. That includes buying 60,000 delivery vehicles from Oshkosh Defense, a Wisconsin-based company that manufactures military vehicles, of which at least 45,000 will be electric battery-powered. The agency also plans to buy at least 21,000 additional electric vehicles from other manufacturers and intends to stop buying gas-powered delivery trucks altogether after 2026.

President Joe Biden has set a goal of electrifying the federal government’s vast fleet of cars and trucks in order to tackle global warming. With more than 231,000 vehicles, the Postal Service owns one of the largest civilian vehicle fleets in the world. Electric vehicles typically produce fewer planet-warming greenhouse gases than their gasoline-powered counterparts, even when taking into account emissions from the power plants that provide their electricity.

The breakthrough came in August, when Congress passed the Inflation Reduction Act, a sweeping tax and climate change law that included $3 billion for the Postal Service to electrify its fleet.

“The $3 billion provided by Congress has significantly reduced the risk associated with accelerating the implementation of a nationwide infrastructure necessary to electrify our delivery fleet,” DeJoy said in a statement Tuesday. “We have a statutory requirement to deliver mail and packages to 163 million addresses six days per week and to cover our costs in doing so — that is our mission. As I have said in the past, if we can achieve those objectives in a more environmentally responsible way, we will do so.”

For the time being, the Postal Service isn’t ready to give up fossil fuels altogether. It still plans to buy roughly 40,000 gas-powered vehicles between now and 2028, including vans and trucks that have to travel longer distances between cities and states.