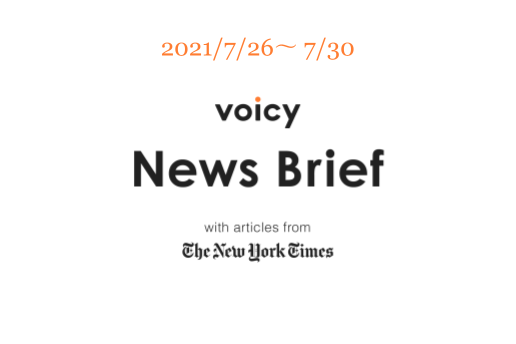 Tokyo Olympics Open to a Sea of Empty Seats

TOKYO — The athletes marched into the arena masked and waving exuberantly. Dancers in pastel costumes and hats clapped and waved their arms in the air to whip up excitement. But there were no fans and no cheering audience — only row upon row of mostly empty seats stretching into the reaches of the vast Olympic Stadium in central Tokyo.

A year after originally scheduled, the opening ceremony of the 32nd Summer Olympics unfolded in the midst of a tenacious pandemic, with attendance limited to fewer than 1,000 dignitaries and other invited guests in a stadium built to seat 68,000.

The Japanese public has grown exhausted with the pandemic and has widely opposed the Games. But the ceremony tried to project a world moving on from more than a year of doing battle with the virus, as confetti doves fell from the sky and a rendition of “Imagine” on Jumbotrons reverberated through the huge stadium with performances by Angélique Kidjo, John Legend and Keith Urban.

The organizers sprinkled traditional Japanese culture through the festivities.

But in other ways they embraced a more modern outlook, selecting Naomi Osaka, Japan’s most famous athlete, to light the Olympic cauldron, and Rui Hachimura, the basketball star who plays for the Washington Wizards, as one of the flag bearers for Japan. They are just two of several multiracial athletes who are representing a largely homogeneous Japan at the Olympics.

The opening ceremony is often the host nation’s chance to show itself off. But the Tokyo organizers put on a simpler show.

In a moment of silence, an announcer asked those watching around the world to remember those lost to COVID-19 and the athletes who had died in previous Olympics.

Although it was not explicitly mentioned until the organizers gave their speeches, the ceremony invoked the original framing of Tokyo’s Olympic bid — as a symbol of the country’s recovery from the devastating earthquake, tsunami and nuclear disaster in Fukushima in 2011.

In quieter moments, protesters outside the stadium could be heard yelling, “Stop the Olympics!” through bullhorns.

Among the several hundred people who sat in the $1.4 billion Olympic Stadium for the opening ceremony Friday were Japan’s emperor, Naruhito, who officially opened the Games; first lady Jill Biden of the United States; President Emmanuel Macron of France; and Tedros Adhanom Ghebreyesus, director-general of the World Health Organization.

A popular cryptocurrency exchange announced Sunday that it was curbing a type of high-risk trading that has been blamed in part for sharp fluctuations in the value of Bitcoin and the casinolike atmosphere on such platforms globally.

The move by the exchange, FTX, would reduce the size of the bets that investors can make by lowering the amount of leverage it offers to 20 times from 101 times. Leverage multiplies the traders’ chance for not only profit, but also loss.

“We’re going to be the ones to take the first step here,” Sam Bankman-Fried, 29, the billionaire founder of the platform, which operates from Hong Kong, said on Twitter on Sunday. “Today, we’re removing high leverage from FTX. The greatest allowable will be 20x.”

The announcement came after The New York Times, in an article published online Friday, detailed the risky trades offered on FTX and other global exchanges such as Binance and BitMEX that accelerated a global crash in May. That month, more than $20 billion worth of those bets were liquidated on cryptocurrency exchanges worldwide.

Bankman-Fried said lowering the leverage amounted to “a step in the direction the industry is headed, and has been headed for a while,” adding that high leverage is not an important part of the crypto ecosystem, “and in some cases it’s not a healthy part of it.”

Global platforms such as FTX allow traders to borrow big when betting on price fluctuations — traders do not buy and sell cryptocurrencies but instead predict where prices in the underlying assets will head. Those bets, known as derivatives, mean that if investors put up $1,000, the exchange extends them credit to allow them to make a bet on the future price of cryptocurrency worth as much as $101,000 on FTX. Now, with the new cap, the maximum in that transaction would be $20,000.

This type of transaction is not supposed to be available to nonprofessional investors in the United States, but — at least historically — some of those investors used workarounds to trade on the sites.

Leverage leaves investors much more vulnerable to having their accounts liquidated as a result of an automated margin call if the price of cryptocurrency moves against their prediction, and they do not have enough collateral in their accounts to back up their bets.

Camps Have Been Scrambling for Counselors. Some Have Even Closed.

BOSTON — Joseph Charnock drew a sigh of relief when he dropped his 12-year-old daughter off at Camp Quinebarge in New Hampshire.

But nothing prepared him for the message he got five days later, announcing that staffing shortages and delays in food delivery had made further operation impossible.

“We are asking parents to pick up their campers tomorrow,” said a note signed by the camp’s director, Eric Carlson.

When Charnock arrived at the camp the next morning, he said he found the campers’ possessions in a field, in a drenching rain, and his daughter waiting inside, crestfallen. He said Carlson circulated among the parents, describing with frustration the number of counselors who had walked off the job.

The meltdown at Camp Quinebarge is an extreme example of an industrywide problem as summer camps reopen after coronavirus-related closures into a historically tight labor market, without the international seasonal workers who usually do much of the work.

Some camp directors complain that young adults they have hired are “ghosting” them — failing to show up or leaving jobs without notice. And some counselors say that they are underpaid and stretched thinner than in past years.

It is nearly unheard-of for camps to shut down midseason — the financial fallout alone could be devastating — but this month so far, the directors of three camps in the Northeast have made that decision.

In past summers, seasonal workers on J1 visas made up between one-quarter and one-third of the staff at Camp Quinebarge. More than 25,000 summer workers usually travel to the United States to work as camp counselors and staff, but most have been grounded by travel restrictions.

At the same time, the camp had enrolled 20% more children than it had in 2019, Carlson said.

M.J. Lowry, 21, a college student, arrived two days before the first group of campers. “We were treated like garbage,” Lowry said, “and also given garbage pay.”

By the middle of the first week, dissatisfaction among counselors was simmering, and senior staff members called an emergency meeting that deteriorated into angry shouting.

Max Planchon, 22, who left his job after that, said, “I’ve worked at Walmart and CVS in pharmacy. Those jobs are stressful and fast-paced, but they were less stressful than this job, which does not make sense.”

Britney Spears Files to Remove Her Father From Conservatorship

More than 13 years after the life and finances of Britney Spears were put under the strict, court-approved control of her father — and a month after Spears broke her public silence on the arrangement, calling it abusive and singling him out as its ultimate authority — a new lawyer for the singer has moved to have James P. Spears removed from the unique conservatorship.

The detailed petition to oust the singer’s father, also known as Jamie, from the complex legal setup was filed in Los Angeles probate court Monday by Mathew S. Rosengart, a former federal prosecutor and high-powered Hollywood lawyer, who has worked with celebrities including Sean Penn, Julia Louis-Dreyfus and Steven Spielberg.

The move, less than two weeks after Rosengart was approved as the singer’s lawyer, is framed as a first step in a broader strategy to examine the conservatorship, which the filing calls a “Kafkaesque nightmare” for Spears.

Rosengart took over as Spears’ lawyer after Samuel Ingham, the court-appointed lawyer who had represented her for the duration of the arrangement, resigned in light of the singer’s recent comments about her care. In 2008, at the outset of the conservatorship, Spears had been found to lack the mental capacity to hire her own counsel.

In the filing Monday, Rosengart cited a section of the probate code that gives the court broad discretion to remove a conservator if it “is in the best interests” of the conservatee, and pointed to Spears’ recent comments in court as evidence that her father’s role was detrimental to her well-being.

“There might well come a time when the court will be called upon to consider whether the conservatorship should be terminated in its entirety and whether — in addition to stripping his daughter of her dignity, autonomy and certain fundamental liberties — Mr. Spears is also guilty of misfeasance or malfeasance warranting the imposition of surcharges, damages or other legal action against him,” Rosengart wrote.

He Tried to Walk on Water From Florida to New York. It Didn’t Go So Well.

Even in a state accustomed to strange things washing ashore — like cocaine bricks, corpses, sharks and unexploded military ordnance — the floating contraption that beached itself in Florida over the weekend had the authorities doing a double take.

A man popped out of the top hatch of the contraption, a makeshift human hamster wheel. He had made it only 25 miles on what was supposed to be a 1,000-plus-mile journey from St. Augustine, Florida, to New York, using the power of his two legs and, if all had gone according to plan, the Gulf Stream.

The man, Reza Baluchi, said in an interview on Monday that he had spent thousands of dollars and nearly a decade on making improvements to the homemade craft, called a hydro pod. It was equipped with a satellite phone, a water filtration system, a solar array, neoprene wet suits and a stockpile of granola and ramen noodles for when he embarked from St. Augustine on Friday for what he expected would be a three-week trip.

But the next day, when Baluchi, 49, realized that his backup GPS device and charging cables were missing — he said they were stolen — he cut short his Homeric odyssey.

Baluchi, a former professional cyclist who was born in Iran and was granted asylum in the United States, said that he was hoping to use the attention from his trip to raise money to help homeless people and for other charitable causes. Over the years, he said, he has received puzzled reactions — including from the Coast Guard — after performing similar stunts on the water.

Baluchi seemed unable to fathom life without the craft.

“Now, I’m dead,” Baluchi said, referring to what would happen if he were to lose his hydro pod. “I don’t have a car. I put everything in my life in it.”

Baluchi, who is a father and was once homeless himself, is no stranger to tests of endurance. He previously drew attention for a cross-country run for charity.

In an earlier model of the hydro pod, he said, he traveled nearly 400 miles in the Pacific Ocean, reaching Santa Catalina Island. But the contraption was destroyed several years ago off the coast of Cape Canaveral, Florida, he said.