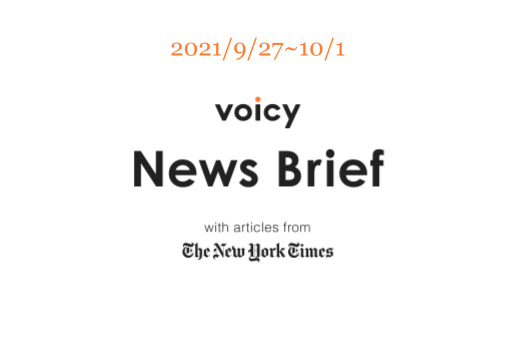 The dispute started in the spring when a prominent intellectual property lawyer, Marc Toberoff, served Marvel Entertainment, which is owned by Disney, with notices of copyright termination on behalf of five clients. They include Lawrence D. Lieber, 89, a comics writer and artist known for his 1960s-era contributions to bedrock Marvel characters.

Toberoff’s other clients are the estates of comics illustrators Steve Ditko and Don Heck, and heirs of writers Don Rico and Gene Colan. They are seeking to reclaim rights related to the Marvel characters they had a hand in creating, including Doctor Strange, Black Widow, Hawkeye, Captain Marvel, Falcon, Blade and the Wizard — several of which have become star revenue generators for Disney.

The reclamation attempts stem from a provision of copyright law that, under certain conditions, allows authors or their heirs to regain ownership of a product after a given number of years. Such efforts turn on whether authors worked as hired hands or produced the material on their own and then sold it to publishers. The Copyright Revision Act of 1976, which opened the door to termination attempts, bans termination for people who delivered work at the “instance and expense” of an employer.

“Since these were works made for hire and thus owned by Marvel, we filed these lawsuits to confirm that the termination notices are invalid and of no legal effect,” Petrocelli said by phone.

Toberoff disagrees. “At the time all these characters were created, their material was definitely not ‘work made for hire’ under the law,” he said in an email in response to Disney’s filings. “These guys were all freelancers or independent contractors, working piecemeal for car fare out of their basements.”

If successful, Toberoff’s clients would receive a portion of profits from new works based on any of the copyrighted material.

WASHINGTON — The Justice Department on Friday reached an agreement clearing the way for a senior executive of Huawei Technologies, a Chinese telecommunications giant, to return to China after admitting some wrongdoing in a sanctions violation case, removing one major irritant between the two superpowers.

Within hours, China reciprocated, releasing two Canadians whom it had held since shortly after the executive, Meng Wanzhou, was detained, and who had appeared to be jailed as hostages to Meng’s case.

The resolution of the criminal charges against Meng, the daughter of Huawei’s founder, came in the midst of a downward spiral in military, technological and trade competition between Washington and Beijing.

In China, Meng is considered a member of the new Chinese royalty — technology executives who have used their power to expand China’s influence across the globe. In Washington, she became a symbol of the Cold War-like atmosphere in relations between Beijing and Washington — and the near simultaneous releases also had echoes of that era.

The end of the 3-year-old case suggested that the Biden administration and the government of President Xi Jinping could come to some kind of accommodation in a major dispute that included allegations of hostage-taking on both sides. Yet it came on a day that President Joe Biden was meeting for the first time at the White House with the leaders of three Indo-Pacific democracies — Australia, Japan and India — in another of his efforts to build loose alliances that can counter China’s growing influence.

Meng spent the past nearly three years out on bail of about $8 million at her two luxurious homes in Vancouver, British Columbia, detained by Canadian authorities as the United States sought her extradition in a fraud case related to Huawei’s sale of telecommunications equipment to Iran. The transaction appeared intended to avoid U.S.-led sanctions on Tehran, Iran. Yet the case seemed to be about so much else: The U.S. effort to block Huawei’s, and China’s, domination of 5G communication networks, and lingering resentments over Huawei having initially stolen much of its technology from a major American competitor.

The end of the case did not end the battle over Huawei, where Meng serves as chief financial officer. The Justice Department’s criminal case against the company is ongoing, despite Meng’s agreement. In fact, prosecutors may try to use her admissions of wrongdoing as evidence against Huawei.

Facebook said Monday that it had paused development of an “Instagram Kids” service that would be tailored for children 13 years old or younger, as the social network increasingly faces questions about the app’s effect on young people’s mental health.

The pullback comes ahead of a congressional hearing this week about internal research conducted by Facebook, and reported in The Wall Street Journal, that showed the company knew of the harmful mental health effects that Instagram was having on teenage girls. The revelations have set off a public relations crisis for the Silicon Valley company and led to a fresh round of calls for new regulation.

Facebook said it still wanted to build an Instagram product intended for children that would have a more “age appropriate experience,” but was postponing the plans in the face of criticism.

“This will give us time to work with parents, experts, policymakers and regulators, to listen to their concerns, and to demonstrate the value and importance of this project for younger teens online today,” Adam Mosseri, the head of Instagram, wrote in a blog post.

With Instagram Kids, Facebook had argued that young people were using the photo-sharing app anyway, despite age-requirement rules, so it would be better to develop a version more suitable for them. Facebook said the “kids” app was intended for those age 10 to 12 and would require parental permission to join, forgo ads and carry more age-appropriate content and features. Parents would be able to control what accounts their child followed.

But since BuzzFeed broke the news earlier this year that Facebook was working on the app, the company has faced scrutiny. Policymakers, regulators, child safety groups and consumer rights groups have argued that it hooks children on the app at a younger age rather than protecting them from problems with the service, including child predatory grooming, bullying and body shaming.

Opposition to Facebook’s plans gained momentum this month when The Journal published articles based on leaked internal documents that showed Facebook knew about many of the harms it was causing. Facebook’s internal research showed that Instagram, in particular, had caused teen girls to feel worse about their bodies and led to increased rates of anxiety and depression, even while company executives publicly tried to minimize the app’s downsides.

NEW YORK — It was the first Tony Awards in 27 months. It followed the longest Broadway closing in history. It arrived during a pandemic that has already killed 687,000 Americans, and as the theater industry, like many other sectors of society, is wrestling with intensifying demands for racial equity.

The Tony Awards ceremony Sunday night was unlike any that came before — still a mix of prizes and performances, but now with a mission to lure audiences back as the imperiled industry and the enduring art form seek to rebound.

The ceremony’s biggest prize, for best musical, went to “Moulin Rouge! The Musical,” a sumptuously eye-popping stage adaptation of the 2001 Baz Luhrmann film about a love triangle in fin-de-siècle Paris. The musical, jam-packed with present-day pop songs, swept the musical categories, picking up 10 prizes.

“I feel that every show of last season deserves to be thought of as the best musical,” said the “Moulin Rouge!” lead producer, Carmen Pavlovic, “The shows that opened, the shows that closed — not to return — the shows that nearly opened, and of course the shows that paused and are fortunate enough to be reborn.”

The best play award went to “The Inheritance,” a two-part drama, written by Matthew López and inspired by “Howards End,” about two generations of gay men in New York City. The win was an upset; “The Inheritance” had received, at best, mixed reviews in the U.S., and many observers had expected Jeremy O. Harris’ “Slave Play” to pick up the prize. López, whose father is from Puerto Rico, described himself as the first Latino writer to win the best play Tony, which he said was a point of pride but also suggested the industry needs to do better.

“We constitute 19% of the United States population, and we represent about 2% of the playwrights having plays on Broadway in the last decade,” López said. “This must change.”

The ceremony was held at Broadway’s Winter Garden Theater. Attendees were subjected to the same restrictions as patrons at Broadway shows: they were required to demonstrate proof of vaccination, and they were asked to wear masks that cover their mouths and noses.

TOKYO — In a triumph of elite power brokers over public sentiment, Japan’s governing party Wednesday elected Fumio Kishida, a former foreign minister, as its choice for the next prime minister.

By selecting Kishida, 64, a moderate party stalwart, in a runoff election for the leadership of the Liberal Democratic Party, the party’s elites appeared to disregard the public’s preferences and choose a candidate who offered little to distinguish himself from the unpopular departing prime minister, Yoshihide Suga.

Wednesday’s leadership election was the most hotly contested in years. While party leaders usually coalesce around a candidate, this time it was not clear that Kishida would prevail until the ballots were counted in a second round at a luxury hotel in Tokyo.

Kishida defeated his chief rival, Taro Kono, an outspoken American-educated maverick, 257-170, in a runoff vote dominated by the party’s members of parliament.

Neither the public nor the rank-and-file members of the party had shown much support for Kishida. But the conservative wing of the party, which dominates parliament, preferred Kishida to Kono, 58, the minister in charge of Japan’s vaccine rollout.

Japan’s parliament will hold a special session early next month to officially select the new prime minister. Given that the Liberal Democrats control the legislature, Kishida’s appointment is all but guaranteed. He will also lead the party in a general election that must be held no later than the end of November.

By going with the safe pair of hands, the party seemed to demonstrate its confidence that it could win in the fall election despite choosing a leader with lackluster public support.

After a year in which voters grew increasingly frustrated with the government’s handling of the pandemic and associated economic woes, the party seems to be counting on the opposition’s weakness and the public’s tolerance for the status quo.

During the campaign, Kishida appeared to acknowledge some public dissatisfaction as he promised to introduce a “new capitalism” and encourage companies to distribute more of their profits to middle-class workers.

In doing so, he is following a familiar template within the Liberal Democratic Party, which has been adept at adopting policies first introduced by the opposition in order to keep voters assuaged.