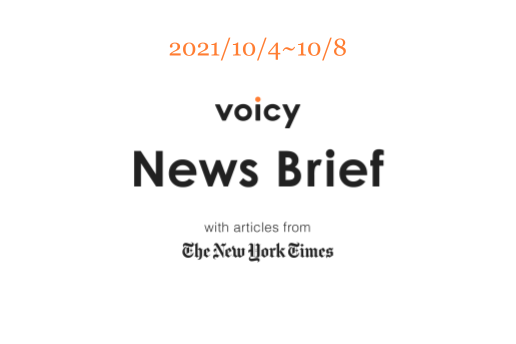 Drugmaker Merck said Friday that its pill to treat COVID-19 was shown in a key clinical trial to halve the risk of hospitalization or death when given to high-risk people early in their infections.

The strong results suggest that a new wave of effective and easy-to-use treatments for COVID will gradually become available in the United States, though supply is likely to be limited at first. Merck said it would seek emergency authorization from the Food and Drug Administration for its drug, known as molnupiravir, as soon as possible. The pills could be available by late this year.

Merck’s drug would be the first pill to treat COVID-19. It is likely to be followed by a number of other antiviral pills that other companies are racing to bring to market. They have the potential to reach more people than the antibody treatments that are being widely used in the United States for high-risk patients.

“I think it will translate into many thousands of lives being saved worldwide, where there’s less access to monoclonal antibodies, and in this country, too,” said Dr. Robert Shafer, an infectious disease specialist at Stanford University.

The Merck drug is designed to stop the coronavirus from replicating by inserting errors into its genetic code. Doctors will prescribe the treatment to patients, who will receive the pills from pharmacies.

The federal government has placed advance orders for 1.7 million courses of treatment, at a price of about $700 per patient.

Merck said an independent board of experts monitoring its clinical trial recommended that the trial be stopped early because the drug’s benefit to patients had proved so convincing. The company said the FDA had agreed with that decision.

The monitors looked at data through early August, when the study had enrolled 775 volunteers in the United States and overseas. Seven percent of those in the group that received the drug were hospitalized, and none died, compared with a 14% rate of hospitalization and death in the group that received placebo pills. Mild side effects, which can include headaches, were reported at the same rate in both groups.

BERLIN — Emilia Fester is 23 and has yet to finish college. Max Lucks is 24 and calls himself a militant cyclist. Ria Schröder is 29 and has the rainbow flag on her Twitter profile. Muhanad Al-Halak is 31 and came to Germany from Iraq when he was 11.

And all of them are now in the German parliament.

The German election result was in many ways a muddle. The winners, the Social Democrats led by Olaf Scholz, barely won. No party got more than 25.7%. Voters spread their ballots evenly across candidates associated with the left and right.

But one thing is clear: Germans elected their youngest ever parliament, and the two parties at the center of this generational shift, the Greens, which finished third, and the Free Democrats, fourth, will not just shape the next government but are also poised to help shape the future of the country.

For now, the Greens, focused on climate change and social justice, and the Free Democrats, who campaigned on civil liberties and digital modernization, are kingmakers: Whoever becomes the next chancellor almost certainly needs both parties to form a government.

“We will no longer leave politics to the older generation,” said Schröder, a newly minted lawmaker for the Free Democrats from Hamburg. “The world has changed around us. We want to take our country into the future — because it’s our future.”

Roughly 1 in 7 lawmakers in the departing parliament were younger than 40. Now the ratio is closer to 1 in 3.

Many of the young lawmakers moving to Berlin, like Lucks, say they will bike or — in the case of Fester — skateboard to work. Some are looking to rent communal housing. Others plan cross-party “beer pong” gatherings to meet one another. And all of them are in regular communication with their voters via social media.

“We have a generational rift, a very stark polarization that didn’t exist before: It’s the under-30s vs. the over-50s,” said Klaus Hurrelmann, a sociologist who studies young people at the Hertie School in Berlin. “Young people want change, and these two parties got the change vote.”

Diapers Are the Latest Pandemic Shortage

“Anyone recognize him?” the police in Winter Haven, Florida, asked on Facebook last month.

Photos with the post showed a man walking out of a Walmart without paying for his items after several of his credit cards were declined, police said. Among the items in his cart were boxes of diapers.

“When your card is declined and you try another one with the same result, that is NOT license to just walk out with the items anyway,” read the Facebook post, which was later deleted.

The Winter Haven Police Department drew swift criticism for the post from people wondering why the department had gone after a man who had stolen basic necessities for his children, also pictured in the surveillance photos.

“That’s a good father in a hard spot,” one Facebook user said in response to the department’s follow-up post. “Have some empathy.”

After the incident, which was previously reported by WFTS-TV in Tampa, Florida, the store asked the police not to prosecute the man, according to a waiver of prosecution the Winter Haven Police Department provided to The New York Times. Walmart and the man did not respond to requests for comment.

It’s possible the man was among the 1 in 3 American families who struggle with diaper need, according to a February 2020 report by the National Diaper Bank Network, an organization that provides diapers to children. Joanne Samuel Goldblum, the network’s founder and CEO, said she suspects that figure probably rose during the coronavirus pandemic as diaper prices increased and supply plummeted.

“Diaper need is a topic that’s so swept under the rug,” she said Friday. “COVID really laid it bare for us.”

The pandemic has upended global supply chains and created a run on many products, including diapers. Kimberly-Clark and Procter & Gamble, two of the country’s largest diaper manufacturers, increased the prices of baby products this year. A typical package of 100 diapers costs $30 to $50 from most online retailers.

Diaper banks across the country have reported recent surges in families who couldn’t afford diapers. WestSide Baby, which is based in Seattle, distributed 2.4 million diapers last year, up 60% from 1.5 million in 2019, according to Sarah Cody Roth, the organization’s executive director. WestSide Baby is on track this year to meet or exceed last year’s total, she said.

Gone in Minutes, Out for Hours: Outage Shakes Facebook

SAN FRANCISCO — Facebook and its family of apps, including Instagram and WhatsApp, were inaccessible for hours on Monday, taking out a vital communications platform used by billions and showcasing just how dependent the world has become on a company that is under intense scrutiny.

Facebook’s apps — which include Facebook, Instagram, WhatsApp, Messenger and Oculus — began displaying error messages around 11:40 a.m. Eastern time, users reported. Within minutes, Facebook had disappeared from the internet. The outage lasted over five hours, before some apps slowly flickered back to life, though the company cautioned the services would take time to stabilize.

Even so, the impact was far-reaching and severe. Facebook has built itself into a linchpin platform with messaging, livestreaming, virtual reality and many other digital services. In some countries, like Myanmar and India, Facebook is synonymous with the internet.

Facebook is used to sign in to many other apps and services, leading to unexpected domino effects such as people not being able to log into shopping websites or sign into their smart TVs, thermostats and other internet-connected devices.

Technology outages are not uncommon, but to have so many apps go dark from the world’s largest social media company at the same time was highly unusual. Facebook’s last significant outage was in 2019, when a technical error affected its sites for 24 hours.

This time, the cause of the outage remained unclear. Security experts said the problem most likely stemmed instead from a problem with Facebook’s server computers, which were not letting people connect to its sites like Instagram and WhatsApp.

Facebook apologized for the outage. “We’re sorry,” the company said on Twitter after its apps started becoming accessible again. “Thank you for bearing with us.”

The outage added to Facebook’s mounting difficulties. For weeks, the company has been under fire related to a whistleblower, Frances Haugen, a former Facebook product manager who amassed thousands of pages of internal research. She has since distributed the cache to the news media, lawmakers and regulators, revealing that Facebook knew of many harms that its services were causing, including that Instagram made teenage girls feel worse about themselves.

The revelations have prompted an outcry among regulators, lawmakers and the public. Haugen, who revealed her identity Sunday online and on “60 Minutes,” is scheduled to testify Tuesday in Congress about Facebook’s impact on young users.

A digital-age magazine giant was born Wednesday with the announcement that Dotdash, a publishing unit of Barry Diller’s InterActiveCorp, had reached an agreement to acquire Meredith Corporation, publisher of People, Better Homes & Gardens, InStyle, Entertainment Weekly, and roughly 40 other titles and digital brands.

The purchase price is about $2.7 billion, or $42.18 per share, the companies said in a joint announcement. If the deal goes through, the new company would be called Dotdash Meredith, and it would be led by Dotdash CEO Neil Vogel, the companies said.

Joey Levin, IAC’s CEO, said in a statement that the combination of the two companies would “offer uniquely engaged audiences to advertisers and partners.” Tom Harty, CEO of Meredith, said in a statement, “We are thrilled to join forces to accelerate Meredith’s digital future.”

In an investor call Wednesday, Vogel said he was not planning on “cost synergy” — that is, layoffs or other cuts as a result of the merger. “Our playbook is going to drive audience, performance, and help the brands maintain their stance in the digital world that they have in the print world,” Vogel said.

The merger would come as a hit to Des Moines, Iowa, where Meredith is a major employer. Dotdash Meredith is to be based in New York, at Dotdash’s headquarters in the Chelsea neighborhood of Manhattan, an IAC spokesperson said. The new company would “keep a presence” in Des Moines, the spokesperson added.

Meredith was founded in 1902 by Edwin T. Meredith, later the agriculture secretary under President Woodrow Wilson, with a magazine called Successful Farming. It became a media behemoth in 2018, when it bought storied news media company Time Inc. for $2.8 billion.

IAC, where Diller is chairman, is the company behind Tinder, Match and OKCupid. Its publishing unit, Dotdash, operates 14 lifestyle journalism sites, including Serious Eats and Investopedia. Dotdash got its start in the early 1990s as website About.com and became part of IAC in 2012, when Diller bought it for $300 million from The New York Times Company.

If the planned merger goes through, Dotdash Meredith would be a top-10 publisher in terms of audience size, according to internet metrics service Comscore, the companies said.