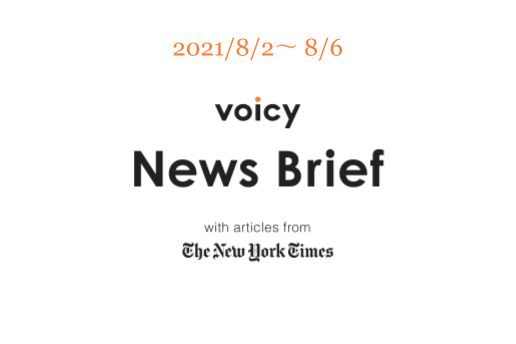 “La bise,” the long-standing French tradition of greeting loved ones, or even strangers, with as many as three kisses on the cheeks, has been upended by the coronavirus.

Throughout the pandemic, French authorities have urged people to avoid physical contact to prevent the virus from spreading.

But now, with more than half of the French population at least partly vaccinated and most lockdown restrictions lifted, many are split over whether to go back to the way greetings used to be and questioning whether the bise was all that great to begin with.

“The pandemic made us realize that we had the choice to do the bise or not,” said Karine Boutin, a psychoanalyst based in the western French city of Poitiers. “The question to ask is whether the bise of tomorrow will be the same bise as yesterday, with the same intensity and the same spontaneity. We don’t know if this traumatic memory is here to stay.”

The agreed-upon number of kisses varies across French regions: Sometimes, the standard is two, but in the southern city of Montpellier, it is three, and it is just one in the northwestern region of Brittany.

The bise has also become a political tool, symbolizing the closeness of an elected official with his fellow citizens. François Hollande, the Socialist former president, liked to call himself “the president of kisses.”

“Campaigning without being able to get close to people, it kind of kills the mood,” Rachida Dati, a conservative candidate in last year’s Paris mayoral race, said at the time.

But when the pandemic gripped the nation, it instilled a fear that the bise could pose a threat.

In an awareness video it posted in September, the French government used ominous music to underscore the new risks of previously routine actions, including greeting a colleague in front of a coffee machine.

Some people are greeting with the “elbow bump” or “footshake.”

Not everyone has missed the bise. Half of the respondents to a survey published in March said they would stop greeting loved ones with it in the future, and 78% said that they would no longer use it to greet strangers.

Adrien Beaujean, 26, said the greetings that have replaced the cheek kiss suit him just fine.

“The best alternative is a smile,” he said. “There is nothing more beautiful than a smile.”

A Belarusian sprinter said Sunday that she was under the protection of the Japanese police after her country’s Olympic Committee tried and failed to deport her forcibly after she criticized her coaches for registering her for the wrong event.

The sprinter, Kristina Timanovskaya, announced Sunday evening on Instagram that she had sought protection in Japan because she feared for her safety in Belarus, where the country’s strongman leader, Alexander Lukashenko, in power for 27 years, has sought to stifle any dissent.

“I am afraid that in Belarus they might put me in jail,” Timanovskaya told the independent Belarusian news portal Zerkalo.io. “I am not afraid that I will be fired or kicked out of the national team, I am worried about my safety. And I think that at the moment it is not safe for me in Belarus.”

The Belarusian National Olympic Committee, which is run by Lukashenko’s eldest son, Victor Lukashenko, said Sunday that it had withdrawn Timanovskaya from the Games because of her “emotional and psychological state” after consulting with a doctor.

Timanovskaya denied being examined by any doctors and said she was in good physical and psychological health. She said she had been forcibly removed from her country’s team because “I spoke on my Instagram about the negligence of our coaches.”

In a video taken at Tokyo’s Haneda Airport, she asked the International Olympic Committee for support. In a statement, the IOC said it was researching the situation.

Timanovskaya, 24, was to participate in the Olympic Games in the 200-meter sprint. But she said she was informed that she would be running the 4×400-meter relay race because some team members had not taken enough anti-doping tests to qualify for the event.

“I’m outraged!” she told Zerkalo.io from the airport. “After all, we came to the Olympic Games, and it is against all the rules to declare us for a distance event which we have never competed in our life.”

She said that on Sunday, her coaches and a representative of the national team had come to her room and told her to pack her things. She said she was told that if she did not return, she would lose her position on the national team, be deprived of work and face “possibly other consequences.”

The standoff over free speech between the International Olympic Committee and U.S. Olympic officials continued Tuesday, as the IOC grappled with what to do if the Americans refused to penalize an athlete for violating rules limiting demonstrations on the medal podium.

On Sunday night, Raven Saunders, a U.S. shot putter, delivered the first political demonstration on the podium at the Tokyo Olympics when she raised her arms and crossed them in the shape of an X shortly after receiving her silver medal.

She made the gesture as the ceremony concluded, during a session for photographers after the medals were handed out and the Chinese national anthem had been played for the winner, Gong Lijiao.

As Saunders left, she told reporters that her act was “for oppressed people.”

Mark Adams, the chief spokesperson for the IOC., said Monday that leaders of the two organizations and World Athletics, track and field’s international governing body, were in talks.

“We want to fully understand what is going on with the matter and take it from there,” Adams said.

Kate Hartman, the chief spokesperson for the United States Olympic and Paralympic Committee, said the organization’s leaders had pointed out to IOC officials that Saunders did not perform her demonstration during the awarding of the medals or the playing of the Chinese anthem.

“That is important to us,” Hartman said.

The IOC and the U.S. Olympic Committee have conflicting rules and views regarding the exercise of free speech during the Games.

The IOC, which prohibits demonstrations on the podium or during competition, said Sunday night that an athlete’s national Olympic committee is required to issue any required punishment. U.S. officials have said they will not punish any athlete for exercising the right to free speech that does not express hatred.

Sarah Hirshland, the chief executive of the U.S. Olympic Committee, said last week that international Olympic leaders “have the authority and the jurisdiction and a unique set of sanctions. We sit in a different seat.”

If the IOC orders the Americans to punish an athlete and they refuse to do so, they would be in violation of the Olympic charter.

Also Sunday, Race Imboden, an American fencer, went to the podium at a different venue after the United States took the bronze medal in foil with a circled X written on his hand. But Hartman said no one had complained about the episode.

As the makers of the two largest mobile operating systems, Google and Apple have copied each other’s smartphone software for years. Now Google has taken a page from Apple’s hardware playbook: The search giant has designed the computing chip powering its latest phones.

On Monday, Google unveiled its Pixel 6 phones, the first to include its custom chips, which are called Tensor. The Tensor chip will enable the phones to rapidly perform complex computing tasks, the company said.

Google’s Android mobile operating system is by far the most widely used in the world, but its Pixel sales are dwarfed by those of Apple smartphones. A major disadvantage for Google has been its approach to hardware: Because it relied on third parties for mobile chips, it couldn’t make its phones as zippy as competitors that designed their chips in house.

In 2008, Apple acquired P.A. Semi to design the mobile processors that would eventually power its iPhones and iPads.

Now Google, with its own chip design, has embedded the most complex and frequently used algorithms, like voice transcriptions and advanced photography effects, into the processor to improve speeds, said Rick Osterloh, Google’s head of devices and services. That could give the Pixel a boost to compete with Apple and Samsung, which dominate the high-end phone market.

Google’s goal of a successful phone business has been expensive and rocky. After acquiring Motorola Mobility for $12.5 billion a decade ago and failing to sell a hit phone, Google sold the company three years later to Lenovo for about $3 billion. In 2018, Google closed a $1.1 billion deal to acquire most of HTC’s smartphone design unit, with more than 2,000 HTC engineers moving to Google.

Google’s investment in its in-house chip will lead to higher costs for consumers. Prices will be announced when the Pixel 6 phones are released this fall, Osterloh said, but he confirmed that the premium model, Pixel 6 Pro, was expected to surpass the cost of last year’s Pixel 5, which started at $700.

Two financial technology giants that are taking on the traditional banking industry are joining forces to build their alternative to credit cards.

Square said Sunday that it planned to acquire the Australian “buy now, pay later” company Afterpay in an all-stock deal that values Afterpay at about $29 billion.

The deal introduces Afterpay’s service, which allows users to stagger the cost of their purchases over interest-free installments, to U.S. consumers and the millions of small businesses that process their credit card transactions on the Square app. It will also help the San Francisco-based Square further expand in Australia, its second-biggest market after the United States.

Square’s Cash App, a payment platform with more than 70 million customers, has been a key point of growth for the company, particularly during the pandemic as customers have sought cash-free options. The company has been looking for ways to integrate that app and its “Seller App” platform for smaller businesses.

Afterpay works with more than 16 million consumers and nearly 100,000 merchants globally. As part of the deal, its founders, Anthony Eisen and Nick Molnar, will join Square. Square will also appoint one Afterpay director to its board once the deal closes.

Both companies have positioned themselves as rivals to the traditional banking stalwarts.

“There’s a lot of growth occurring in this shift away from credit to debit, and it’s due to the fact that we’ve flipped the model on its head,” Molnar said. The banks’ credit model “doesn’t work,” he said. “The incentive is the opposite of how we built our product, which is to charge the retailer a small fee instead of making our money from the consumer.”

In a statement, Square’s chief executive, Jack Dorsey, said, “Square and Afterpay have a shared purpose,” adding, “We built our business to make the financial system more fair, accessible and inclusive, and Afterpay has built a trusted brand aligned with those principles.”

In an interview, Square’s chief financial officer, Amrita Ahuja, put it this way: “The overarching umbrella is to build a company that serves our customers and furthers our purpose of economic empowerment.”