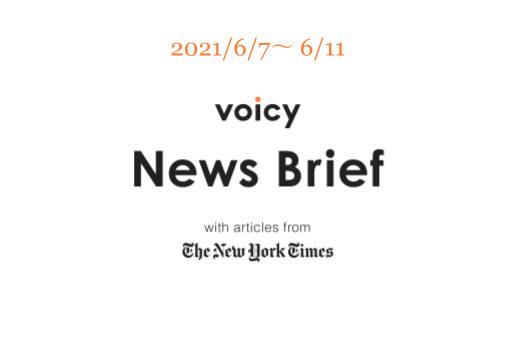 A Million Years of Data Confirms: Monsoons Are Likely to Get Worse

Scientists have known for years that climate change is disrupting monsoon season. Past research based on computer models has suggested that the global heating caused by greenhouse gases, and the increased moisture in the warmed atmosphere, will result in rainier summer monsoon seasons and unpredictable, extreme rainfall events.

The new paper, published Friday in the journal Science Advances, adds evidence for the theory by looking back over the past million years to give a sense of monsoons to come.

The monsoon season, which generally runs from June to September, brings enormous amounts of rain to South Asia that are crucial to the region’s agrarian economy. Climate change could reshape the region, and history, the new research suggests, is a guide to those changes.

The researchers had no time machine, so they used the next best thing: mud. They drilled core samples in the Bay of Bengal, in the northern Indian Ocean, where the runoff from monsoon seasons drains away from the subcontinent.

The core samples were 200 meters long and provided a rich record of monsoon rainfall. Wetter seasons put more fresh water into the bay, reducing the salinity at the surface. The plankton that live at the surface die and sink to the sediment below, layer after layer. Working through the core samples, the scientists analyzed the fossil shells of the plankton, measuring oxygen isotopes to determine the salinity of the water they lived in. The high-rainfall and low-salinity times came after periods of higher concentrations of atmospheric carbon dioxide, lower levels of global ice volume and subsequent increases in regional moisture-bearing winds.

Now that human activity is boosting levels of atmospheric greenhouse gases, we can expect to see the same monsoon patterns emerge.

Anders Levermann, a professor of climate dynamics at the Potsdam Institute in Germany who was not involved in the new paper, said that he was pleased to see research that supported the findings of forward-looking climate models. “It’s a tremendous body of information,” he said, “and it’s really nice to see in actual data that reflects more than a million years of our planet’s history, to see the physical laws that we experience every day leave their footprints in this extremely rich paleo-record.”

Federer Pulls Out of French Open

After winning a grueling third-round match that finished well after midnight, Roger Federer put an end to his French Open, withdrawing from the tournament Sunday.

Federer, 39, was scheduled to face ninth-seeded Matteo Berrettini of Italy in the fourth round Monday, but he decided he did not want to risk pushing himself beyond his comfort zone.

Federer, seeded eighth, was playing in only his third tournament in the past 16 months after two operations on his right knee in 2020. Although he won the French Open in 2009 and has had strong clay-court results in his career, he ruled out his chances of winning before this year’s tournament even began, recognizing that he had played too little to be able to succeed on clay in a series of best-of-five-set matches.

Federer, the oldest player in this year’s men’s singles tournament, was also in a brutal half of the draw. It includes his two main rivals: top-seeded Novak Djokovic and third-seeded Rafael Nadal, a 13-time French Open champion.

“After two knee surgeries and over a year of rehabilitation, it’s important that I listen to my body and make sure I don’t push myself too quickly on my road to recovery,” Federer said in a statement. “I’m thrilled I have gotten three matches under my belt. There is no greater feeling than being back on the court.”

His priority, as he has made clear since his return to the tour in March, is to make another run at Wimbledon, where he has won eight singles titles, a men’s record in the Open era. He came within a point of winning a ninth in 2019 when he lost to Djokovic in the final after holding two match points on his serve in the fifth set.

Federer, a 20-time Grand Slam tournament champion, could have faced Djokovic in the quarterfinals in Paris this week if he had managed to defeat Berrettini in the fourth round. But he chose to withdraw about 15 hours after finishing his 7-6 (5), 6-7 (3), 7-6 (4), 7-5 victory in the third round over Dominik Koepfer, an unseeded German left-hander.

Brunch crowds are back. Rush-hour traffic is back. Tourists in horse-drawn carriages are back.

But the best proof that New York City has returned to its full glory may be a mega-concert in the green expanse of Central Park.

Seeking a grand symbol of New York’s revitalization after a brutal pandemic year, Mayor Bill de Blasio is planning a large-scale performance by multiple acts and has called on Clive Davis, the 89-year-old producer and music-industry eminence, to pull it together.

The show, tentatively set for Aug. 21, is still coming together, with no artists confirmed, although Davis — whose five-decade career highlights have included working with Janis Joplin, Bruce Springsteen, Aretha Franklin, Alicia Keys and Whitney Houston — said he is aiming for eight “iconic” stars to perform a three-hour show for 60,000 attendees and a worldwide television audience.

De Blasio said in an interview that the concert was part of a “Homecoming Week” to show that New York City is coming back from the pandemic — a celebration for residents and those in the region who might not have visited in a while.

Davis said the mayor asked him to present a show in partnership with the city that would celebrate New York’s reopening and emphasize the need to vaccinate more young people. The event’s working title gives a sense of its intended gravity: “The Official NYC Homecoming Concert in Central Park.”

Davis said that he and his team are still at work booking artists, and he declined to offer any names of those he has in mind.

Live Nation, the global concert giant, is involved with the production, and the majority of tickets will be free, although there will be some VIP seating, Davis said.

The mayor’s office said there would be vaccinated and unvaccinated sections at the concert, and that about 70% of tickets would go to people who are vaccinated. The city has been working hard to vaccinate residents who are reluctant to get the shot.

The Biden administration on Tuesday outlined a swath of actions and recommendations meant to address supply chain disruptions caused by the coronavirus pandemic and decrease reliance on other countries for crucial goods by increasing domestic production capacity.

In briefing with reporters, White House officials said the administration had created a task force that would “tackle near-term bottlenecks” in construction, transportation, semiconductor production and agriculture. The group will be led by Biden’s Cabinet secretaries.

“They are going to be bringing together all stakeholders to really diagnose the problems, understand what’s going on out there in these markets and see what actions can be taken to close those vulnerabilities,” said Sameera Fazili, the deputy director of the National Economic Council.

The officials also outlined steps that had been taken to address an executive order from President Joe Biden that required a review of critical supply chains in four product areas where the United States relies on imports: semiconductors, high-capacity batteries, pharmaceuticals and their active ingredients, and critical minerals and strategic materials, like rare earths.

“This is about making sure the United States can meet every challenge we face in the new era,” Biden said in February, when he signed the order.

The move was intended to address concerns about supply chain resiliency and long-term competition with China.

The Department of Health and Human Services, for instance, will use $60 million from the $1.9 trillion coronavirus relief bill to develop technologies to increase domestic production of active ingredients in key pharmaceuticals. The Interior Department will work to identify sites where critical minerals could be produced in the United States. And several agencies will work on creating supply chains for new technologies that will reduce reliance on imports of key materials.

The Biden administration also signaled that it was prepared to use trade policy to bolster domestic supplies of key minerals and components. As part of that effort, the Office of the U.S. Trade Representative said it would establish a so-called strike force that could propose actions against overseas companies deemed to be engaged in unfair trade practices.

The effort comes as the Senate on Tuesday overwhelmingly passed a huge industrial policy bill to counter China’s rising influence, a rare bipartisan development as lawmakers suddenly embrace an enormous investment in semiconductor manufacturing, artificial intelligence research, robotics, quantum computing and a range of other technologies.

The 25 richest Americans including Jeff Bezos, Michael Bloomberg and Elon Musk paid relatively little — and sometimes nothing — in federal income taxes between 2014 and 2018, according to an analysis from the news organization ProPublica that was based on a trove of IRS tax data.

Much of the wealth that the rich accrue — like shares in companies they run, vacation homes, yachts and other investments — is not considered “taxable income” unless those assets are sold and a gain is realized. Even then, there are loopholes in the tax code that can limit or erase all tax liability.

ProPublica did not reveal how it obtained the information, and it could not be independently verified by The New York Times. But the publication said the documents were provided to the outlet “in raw form, with no conditions or conclusions” and that it had run the information past every executive whose information was included in the article.

ProPublica said that those who responded “all said they had paid the taxes they owed.”

In 2007, Bezos, the CEO of Amazon, paid nothing in federal income taxes even as his company’s stock price doubled. Four years later, as his wealth swelled to $18 billion, Bezos reported losses and received a tax credit of $4,000 for his children, according to ProPublica.

Warren Buffett, the CEO of Berkshire Hathaway, who has long said publicly that the tax code should hit the rich harder, paid just $23.7 million in taxes from 2014 to 2018, when his wealth rose by $24.3 billion.

In 2018, Bloomberg, who controls the media giant Bloomberg LP, reported income of $1.9 billion and paid $70.7 million in income tax. According to the report, Bloomberg was able to reduce his tax bill through deductions, charitable donations and “credits for having paid foreign taxes.”

In a statement to ProPublica, a spokesman for Bloomberg said they would “use all legal means at our disposal to determine which individual or government entity leaked these and ensure that they are held responsible.”

The Treasury Department said that the federal government is working to determine how the tax records got released.