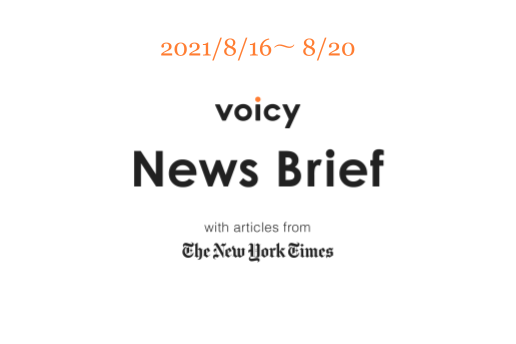 PORT-AU-PRINCE, Haiti — A magnitude 7.2 earthquake violently shook Haiti on Saturday morning, a devastating blow to an impoverished country reeling from a presidential assassination last month and still recovering from a disastrous quake more than 11 years ago.

The quake overwhelmed hospitals, flattened buildings and trapped people under rubble in at least two cities in the western part of the country’s southern peninsula. Civil protection officials said at least 304 people were killed and 1,800 injured.

“The streets are filled with screaming,” said Archdeacon Abiade Lozama, head of an Episcopal church in Les Cayes, one of the afflicted cities. “People are searching, for loved ones or resources, medical help, water.”

The disaster could hardly have come at a worse time for the Caribbean nation of 11 million, in the throes of a political crisis since President Jovenel Moïse was assassinated on July 7.

The unsolved assassination, a leadership vacuum, severe poverty and systematic gang violence in parts of Haiti have left the government dysfunctional and ill-prepared for a natural calamity.

Much of the initial information about the quake came via social media postings and phone because of the security dangers in traveling to the affected area, which is at least four hours by road from Port-au-Prince, the capital.

The United States Geological Survey said the quake struck 5 miles from the town of Petit Trou de Nippes, about 80 miles west of Port-au-Prince. Seismologists said it had a depth of 7 miles and was felt as far away as 200 miles in Jamaica.

The Saturday quake struck in a less densely populated area of the country, but it was impossible to assess the full scope of casualties.

At least two cities reported major devastation: Les Cayes and Jeremie. Phone lines were down in Petit Trou de Nippes, the epicenter of the quake, and no news emerged immediately from that city, leaving Haitian officials to fear for the worst.

“Many houses fell. Many people are trapped under the rubble,” said Widchell Augustin, 35, from Les Cayes, where he lives.

TOKYO — Japan stepped back into economic growth in the second three months of 2021, but prospects for a more robust recovery looked dim as the country grappled with its worst coronavirus outbreak since the pandemic began.

The country’s economy, the third-largest after the United States and China, grew at an annualized rate of 1.3% during the April-to-June period, recording a quarterly increase of 0.3%. The expansion followed a quarter-to-quarter drop of 0.9% in the previous three-month period.

Even as other major economies have roared back to life, Japan’s has been stuck in a cycle of growth and contraction as the country has struggled with a persistent spread of infections that has kept its shops, bars and restaurants under constricted schedules.

Case levels in Japan are at record highs. The country reported almost 18,000 new infections Sunday, with nearly 4,300 in Tokyo, which entered its fourth state of emergency in July. The declaration has since been expanded to cover the country’s other major economic centers.

Just over 36% of the population is fully vaccinated, well behind the levels in most other developed nations, and analysts say that the economy will not recover until a large majority of the country has received its shots.

The country’s slow start in vaccinations has left it struggling to regain economic momentum, even as other countries like the United States and China have seen their growth rocket as people come out of isolation and return to workplaces and shopping centers. GDP in the United States grew 1.6% in the second quarter, for an annualized increase of 6.5%.

The recoveries in countries like the United States and China have helped Japanese exports bounce back from their nadir in the early stages of the pandemic, but Japanese consumption levels remained weak.

Japan saw a burst of economic activity in the second half of 2020, with two consecutive quarters of growth, as consumers returned to empty restaurants, bars and theaters and began to crisscross the country on trips underwritten by a government recovery plan.

But the winter brought an increase in coronavirus cases, and since then, the country has continued to seesaw between opening up and closing down.

“Defeating the delta variant is the best way to support cultural institutions, because it brings us all back,” de Blasio said at a news conference at which he outlined the new requirements. “We believe, if we take these aggressive measures, this is going to encourage a lot of people — audience members and staff alike — to get vaccinated.”

The new vaccine mandate for museums came as the city expanded its “Key to NYC” program, which requires vaccinations in a number of settings, to include “bars, fitness gyms, movie and stage theaters, museums and other indoor venues.” The policy will take effect Tuesday, but enforcement will not begin until Sept. 13 to educate the public and give venues time to adjust.

Children younger than 12, who are not eligible to be vaccinated, will have to be accompanied by a vaccinated person and will be encouraged to wear masks, city officials said.

The city plans to conduct a $10 million media campaign to inform the public of the new requirements, according to city officials.

The 34 museums and arts groups operating in city-owned buildings or on city-owned land — known as members of the Cultural Institutions Group — and other arts organizations had been in discussions over the past few weeks with the city’s Department of Cultural Affairs.

There was broad consensus among those arts organizations — as well as others that are not city-owned — in favor of a vaccination mandate.

“Everyone wants their audiences and their employees to be safe,” said Lucy Sexton, executive director of New Yorkers for Culture & Arts, an advocacy group.

The U.S. auto safety regulator said Monday that it has opened a broad investigation of the Autopilot system used in hundreds of thousands of Tesla’s electric cars.

The investigation was prompted by at least 11 accidents in which Teslas using Autopilot, an assisted-driving system that can steer, accelerate and brake on its own, drove into parked firetrucks, police cars and other emergency vehicles, the safety agency, the National Highway Traffic Safety Administration, disclosed. Those crashes killed one person and injured 17 others.

Safety experts and regulators have been scrutinizing Autopilot since the first fatal accident involving the system was reported in 2016, in which the driver of a Tesla Model S was killed when his car struck a tractor-trailer in Florida. In that case, the safety agency concluded there were no defects — a position it stuck to for years even as the number of crashes and deaths involving Autopilot climbed.

On Monday, the agency appeared to change course. The investigation is the broadest look yet at Autopilot and at potential flaws that could make it and the Teslas that operate on it dangerous.

Depending on its findings, the safety agency could force Tesla to recall cars and make changes to the system. It also has the authority to force automakers to add safety devices and features to their cars.

One critical issue that investigators will focus on is how Autopilot ensures that Tesla drivers are paying attention to the road and are prepared to retake control of their cars in case the system fails to recognize and brake for something. The company’s owner’s manuals instruct drivers to keep their hands on the steering wheel, but the system continues operating even if drivers only occasionally tap the wheel.

“Driver monitoring has been a big deficiency in Autopilot,” said Raj Rajkumar, an engineering professor at Carnegie Mellon University who focuses on autonomous vehicles. “I think this investigation should have been initiated some time ago, but it’s better late than never.”

Tesla, the world’s most valuable automaker by far, and its charismatic and brash chief executive, Elon Musk, have said that Autopilot is not flawed, insisting that it makes cars much safer than others on the road. They have dismissed warnings from safety experts and the National Transportation Safety Board that have been critical of how the company has designed Autopilot.

People Now Spend More at Amazon Than at Walmart

SEATTLE — Amazon has eclipsed Walmart to become the world’s largest retail seller outside China, according to corporate and industry data, a milestone in the shift from brick-and-mortar to online shopping that has changed how people buy everything from Teddy Grahams to teddy bears.

Alibaba, the giant online Chinese retailer, is the world’s top seller. Neither Amazon nor Walmart is a dominant player in China.

In racing past Walmart, Amazon has dethroned one of the most successful — and feared — companies of recent decades. Walmart perfected a thriving big-box model of retailing that squeezed every possible penny out of its costs, which drove down prices and vanquished competitors.

But even with all of that efficiency and power, the quest to dominate today’s retail environment is being won on the internet. And no company has taken better advantage of that than Amazon. Indeed, the company’s delivery (many items land on doorsteps in a day or two) and wide selection first drew customers to online shopping, and it has kept them buying more there ever since. It has also made Jeff Bezos, the company’s founder, one of the richest people in the world.

“It is a historic moment,” said Juozas Kaziukenas, founder of the Marketplace Pulse, a research company. “Walmart has been around for so long, and now Amazon comes around with a different model and replaces them as a No. 1.”

Wall Street firms had been expecting this retail baton to change hands in the coming years. But the pandemic accelerated the timeline, as people stuck at home relied on deliveries.

With Amazon’s success has come greater scrutiny. And the company has started to receive many of the same complaints — over its treatment of workers and impact on local and national economies — that Walmart faced during its biggest periods of expansion.

“The Big Bad Wolf is Amazon now,” said Barbara Kahn, a professor of marketing at University of Pennsylvania’s Wharton School of Business.