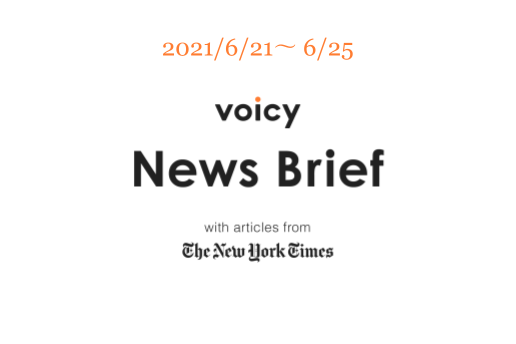 The United States was to ship 2.5 million doses of Moderna’s COVID-19 vaccines to Taiwan on Saturday, tripling the original amount the Biden administration had promised, according to State Department spokesman Ned Price.

The shipment, first reported by Reuters and scheduled to arrive Sunday, could add tension to the U.S.-China relationship as Taiwan grapples with its first major coronavirus outbreak. Chinese officials were peeved this month when three U.S. senators visited the island, which China regards as its own territory, to announce the original pledge of 750,000 doses, as well as when Japan said it was giving Taiwan 1.2 million AstraZeneca doses.

“We know that Taiwan has faced unfair challenges in its efforts to acquire vaccines, which makes this donation even more important,” a senior Biden administration official said. “We have had a close partnership with Taiwan on global health issues and have been working together throughout the pandemic. Taiwan was there to help the United States in the earliest days of the pandemic, providing [personal protective equipment] and other lifesaving materials.”

Taiwan’s leaders have blamed “Chinese intervention” for their inability to buy doses from the German company BioNTech, which developed its vaccine with Pfizer. China has called the accusation “fabricated out of nothing.”

A Chinese company claims the exclusive commercial rights to distribute BioNTech’s vaccine in Taiwan, but for many people in the self-governing democracy, the idea of Taiwan buying shots from a mainland Chinese business is simply unpalatable.

Taiwan had been regarded as one of the world’s success stories for most of the pandemic, but in just over two weeks in May, Taiwan’s average caseload jumped to almost 600 cases a day from fewer than 10, according to Oxford University’s Our World in Data project. The daily average has now dropped below 200.

“We are preparing another package of sanctions to apply in this case,” Jake Sullivan, the national security adviser, said on CNN’s “State of the Union,” referring to Navalny’s treatment.

Sullivan was vague when pressed on the timing of the sanctions or what they would include, saying only that additional action would come “as soon as we develop the packages to ensure that we’re getting the right targets.”

“When we do that,” he said, “we will impose further sanctions with respect to chemical weapons.”

In April, the Biden administration imposed its first sanctions on Russia for the poisoning and imprisonment of Navalny. But those penalties were not specifically directed at Putin or the oligarchs who support him.

Jen Psaki, the White House press secretary, said there was no significance to the timing of Sullivan’s remarks. “The law requires we keep looking at sanctions targets connected to chemical weapons use,” she said, noting that there had been “no change from before the summit to after the summit.”

Biden and Putin both described their three-hour meeting in Geneva on Wednesday as positive, despite few concrete actions to come out of it other than an agreement to send ambassadors back to each other’s capitals.

After the meeting, Biden told reporters that he had been clear about consequences for Russia if Navalny, who in February was sentenced to more than two years in prison, were to die in captivity.

“I made it clear to him that I believe the consequences of that would be devastating for Russia,” Biden said.

“There has been no hostility,” Putin said in a separate news conference after the summit. “On the contrary, our meeting took place in a constructive spirit.”

E-Cards Are Back, Thanks to the Pandemic

Nearly a generation after the electronic postcard was introduced, digital greeting cards experienced an increase in demand last year as the pandemic isolated people from their social circles.

With in-person interactions reduced and stores closed, people seeking to connect with family, friends and co-workers embraced e-cards, a gimmick that had a heyday in an earlier internet era but had largely faded away.

American Greetings, one of the behemoths of the greeting card world, would not disclose exact sales figures. But Rob Matousek, executive director for the company’s digital business, said it had seen record growth since the beginning of coronavirus restrictions, with demand around Easter last year reaching close to what the publisher would usually expect for a Christmas holiday.

“If they weren’t physically getting together with friends and loved ones, people wanted to do something that was personal,” said Kelly Ricker, chief creative officer at American Greetings, which owns the Blue Mountain e-card website. “It was a nice way to let them know you’re thinking about them.”

With many stores closed for long periods of 2020, the greeting card industry’s revenue from sales of paper products in the United States declined by 13% last year, according to IBISWorld, an industry research company.

It was a different story for e-cards and online orders of paper cards, IBISWorld said in a report.

As 2021 progresses and more brick-and-mortar stores reopen, the days of the surprise renaissance for e-cards could be numbered.

Though a spokeswoman for American Greetings said recent holidays like Mother’s Day turned out strong performances for both paper and e-cards, Jack Daly, an industry research analyst at IBISWorld, said he expected the revived interest in e-cards to be temporary.

“The boom in growth will taper off,” Daly said. The research firm estimates the online card market’s revenue growth will drop sharply from 2020’s peak to around 1.6% growth in 2021.

For some consumers who use both formats, paper will always hold a special place. “There is still a cultural significance around receiving cards in the mail,” Daly said.

After years of failed attempts, Connecticut legalized recreational marijuana Tuesday, laying the groundwork to direct cannabis revenue into communities of color that have long been targeted by policies criminalizing the drug.

Gov. Ned Lamont, a Democrat, signed a bill to legalize the use and cultivation of recreational cannabis and expunge thousands of past convictions for possession, after both houses of the state Legislature passed the bill last week.

With the governor’s signature, Connecticut became the 19th state to legalize recreational marijuana and the fifth to do so this year after New Mexico, New York, Virginia and New Jersey.

“We had a chance to learn from others, and I think we got it right here in the state of Connecticut,” Lamont said Tuesday as he signed the bill into law.

The legislation is set to end an era of disproportionate convictions for marijuana possession against communities of color and pave the way for low-income residents to participate in the cannabis marketplace, injecting fresh revenue into the state’s economy and social welfare programs.

When the law takes effect July 1, using recreational marijuana will be legal and adults 21 and older will be allowed to possess up to 1.5 ounces.

The Connecticut Department of Consumer Protection said it was aiming to begin issuing licenses to grow and sell marijuana by the end of next year. Half of all licenses will be issued to low-income applicants.

People will also be allowed to grow up to three mature plants and three immature plants for personal use starting July 2023.

A study by the University of Connecticut found that the marijuana industry could generate between $784 million and $952 million in revenue in the state over five years.

The state approved marijuana for medical use in 2012.

People of color have been disproportionately penalized for marijuana possession in Connecticut, which decriminalized the possession of less than half an ounce of marijuana in 2011. Black people in the state were four times more likely to be arrested than white people for possession of marijuana, according to a report published last year by the American Civil Liberties Union.

Under the new law, the smell of marijuana alone will no longer be legal grounds to stop and search people. Nor will the suspected possession of up to 5 ounces.

European Union regulators took aim at the heart of Google’s business model Tuesday, announcing that the Silicon Valley giant was the subject of a new antitrust investigation for potentially abusing its dominance in the online advertising market to stifle competition.

The investigation is part of a broader push by European authorities to clamp down on the world’s largest technology companies. Amazon, Apple and Facebook are also the subjects of antitrust actions by the 27-nation bloc, and the EU is drafting new antitrust and digital services laws to further tighten oversight of Big Tech.

Online advertising has helped Google become one of the world’s most valuable and powerful companies, with its parent company Alphabet earning a net profit of $40 billion last year. But publishers such as News Corp., as well as rival digital advertising firms, have long complained that Google’s dominance makes it harder to attract advertising revenue from their websites and for competitors to gain ground.

The European Commission, the bloc’s executive body, said the investigation was focused on the display advertising market, which is worth an estimated $24 billion in Europe and where Google offers a number of services to both advertisers and publishers. The company collects data to target advertising, sells ad space on websites across the internet and offers services that work as an intermediary between advertisers and publishers.

“We are concerned that Google has made it harder for rival online advertising services to compete in the so-called ad tech stack,” Margrethe Vestager, the European Commission’s executive vice president in charge of competition policy, said in a statement.

Google could face fines of up to 10% of global revenue and demands to change its business practices if found guilty.

The commission’s investigation focuses on ways that Google leverages its power in the advertising technology market to limit competition, including forcing advertisers to use certain Google services to buy display advertising on YouTube.

A Google spokeswoman said the company would “continue to engage constructively with the European Commission to answer their questions and demonstrate the benefits of our products.”

“Thousands of European businesses use our advertising products to reach new customers and fund their websites every single day,” the spokeswoman said. “They choose them because they are competitive and effective.”