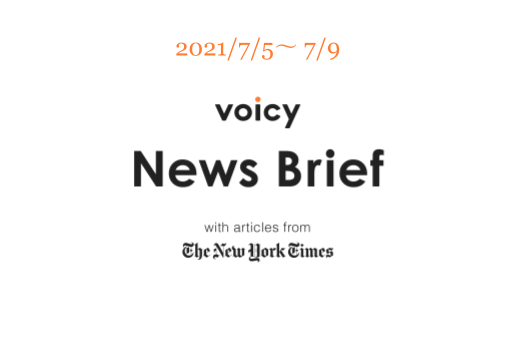 Seeking to upstage Jeff Bezos as the first rocket company owner to go to space, Richard Branson, the British billionaire, announced Thursday that he would be a member of the crew on the next test flight of the Virgin Galactic space plane.

That flight is scheduled to take off on July 11 from Spaceport America in New Mexico.

“The team was ready, so they asked Richard if he was ready to go,” said Aleanna Crane, vice president of communications for Virgin Galactic. “It’s a big day. It’s a very exciting day.”

Branson will be in a position to claim bragging rights in a growing business of spaceflight for private citizens. Companies including Virgin Galactic and Bezos’ Blue Origin are competing to launch paying passengers on suborbital and orbital trips in the coming years.

Branson founded Virgin Galactic in 2004 to provide short space tourist flights to the edge of space, and he has long said he will be a passenger on the first commercial flight. But development of the SpaceShipTwo — a winged rocket that flies to an altitude of more than 50 miles — has taken years longer than Branson expected.

The most recent powered test flight, in May, was the first that the company conducted from New Mexico. Previously, development and testing of the spacecraft had occurred in Mojave, California. Crane said that the last flight had been so flawless that the team had decided to test the cabin experience.

“Who better to test the full cabin experience than Richard Branson?” she said. “He is flying as a mission specialist, and he has a role like the rest of the crew.”

The company plans to broadcast the flight beginning at 9 a.m. Eastern time on July 11.

If all goes as planned, Branson will make his flight nine days before Bezos, the founder of Amazon, straps into the New Shepard capsule built by his rocket company, Blue Origin. New Shepard has flown to the edge of space 15 times but has yet to carry any people.

Even if Branson launches first, SpaceShipTwo does not quite reach the 62-mile altitude most often considered the edge of outer space, while New Shepard passes above that height, also known as the Karman line. However, the U.S. Air Force and the Federal Aviation Administration put the boundary lower, at 50 miles.

France’s anti-terrorism prosecutor’s office has opened an investigation into four leading fashion retailers over suspicions that they benefited from and concealed “crimes against humanity” by using forced labor by Uyghurs in China.

The investigation by the French prosecutors started last month following accusations that the companies — Inditex, the owner of Zara; Uniqlo; Skechers; and SMCP, which owns brands like Sandro and Maje — had profited from human rights violations in the Xinjiang region of China, a French judicial official confirmed Friday.

The inquiry follows an April lawsuit filed against the companies by human rights groups and a Uyghur woman who said she had been imprisoned in Xinjiang.

The case points to questions faced by giant fashion retailers that source clothing made around the world. Roughly 1 in 5 cotton garments sold globally contains cotton or yarn from Xinjiang, and many household names from the fashion industry face growing scrutiny for possible ties to the region — and for other forced labor abuses that have taken place in their supply chains.

China has denied all accusations of human rights violations in the region.

Inditex and Uniqlo strongly denied the claims made in the complaint. Skechers said it would not comment on pending litigation. SMCP did not respond to a request for comment.

William Bourdon, the lawyer acting for the human rights groups, said the investigation would be a rare opportunity to force fashion companies to account for their profits.

“This probe confirms that it is possible to hold companies accountable who enrich themselves via human rights violations and then import their product into countries like France,” Bourdon said. The groups that filed the suit include Sherpa, the Éthique sur l’Étiquette collective and the European Uyghur Institute.

The groups’ lawsuit is largely based on findings published in a report by the Australian Strategic Policy Institute in March 2020, among other documents, Bourdon said. As well as human rights violations in Xinjiang, the report identified 83 foreign and Chinese companies, including fashion brands, that it said directly or indirectly benefited from the use of Uyghur workers outside Xinjiang through potentially abusive labor transfer programs.

Biden Celebrates Progress Against Virus, but Acknowledges Hurdles Ahead

On the day that President Joe Biden had long anticipated as a milestone in the fight against the coronavirus, the White House hosted a celebration to both commemorate the Fourth of July and herald the administration’s progress toward overcoming the pandemic.

In bringing together about 1,000 people for the largest planned event of Biden’s presidency, the White House has been forced to walk a fine line, striving to signal progress toward restoring normalcy while still acknowledging the dangers of a pandemic that continues to claim hundreds of lives a day.

Biden continued that strategy Sunday, comparing the nation’s fight for independence with the battle against the coronavirus.

In the months after his election, Biden offered only guarded hope that small groups would be able to gather by the holiday weekend while still observing familiar safety guidance.

But as vaccination rates climbed steadily throughout the spring, the White House grew more confident, describing the holiday as the beginning of a “summer of freedom” and Sunday’s event as a celebration not only of Independence Day but also of “independence from COVID-19.”

The celebration also included a barbecue honoring attendees — a group of first responders, essential workers and service members, nearly all of whom were vaccinated and able to go without masks in accordance with guidance released in May by the Centers for Disease Control and Prevention. Guests mingled on the South Lawn, enjoying pulled pork and chicken while a live band played throughout the evening.

In his remarks, Biden reflected on the more than 600,000 Americans who have died from the virus over the past 16 months.

“This day falls hard on all those who’ve lost a loved one,” Biden said. “Each day, I carry a card in my pocket with my schedule on it. On the back of that schedule, on that card, I have the number of Americans who’ve lost their lives to COVID.”

But Biden also addressed the present, imploring unvaccinated Americans to get shots. “It’s the most patriotic thing you can do,” he said.

An industry group representing the largest American internet companies warned Hong Kong’s government that changes to the city’s data-protection laws could impact companies’ ability to provide services in the city.

The June 25 letter, which took issue with broad new rules created to curb doxxing — the targeted disclosure of an individuals’ private information — was the latest sign of the dilemma faced by tech companies in Hong Kong, where the government has created harsh new rules to control what is said online.

Once a haven of internet freedom on the doorstep of China’s tightly controlled internet, Hong Kong is home to offices and servers for many major internet companies. Yet under a recent national security law, the city faces a new digital reality in which authorities have broad surveillance and censorship powers. That has increasingly called into question the viability of continuing operations for major internet companies.

The Singapore-based Asia Internet Coalition, which represents Apple, Amazon, Google, Facebook and other tech companies, warned in the letter that the new rules would “result in grave impact on due process and risks for freedom of expression and communication.”

Of particular concern, according to the letter, was general wording that could give police the power to impose fines and arrest local employees if the tech companies are not responsive to the new doxxing rules.

“The only way to avoid these sanctions for technology companies would be to refrain from investing and offering their services in Hong Kong, thereby depriving Hong Kong businesses and consumers, whilst also creating new barriers to trade,” the coalition wrote.

In a statement, the Asia Internet Coalition said the letter reflected an industry view, and not the policies or plans of any specific company.

Authorities have already used the national security law to curb doxxing. In January, the first known website to be taken down under the law had posted personal information about police. Under the new rules anyone posting personal information intended to harass, threaten or intimidate could face up to five years in jail and a fine in excess of $100,000.

Spectators Will Be Barred at Tokyo Olympics Amid New COVID Emergency

TOKYO — Olympic organizers said Thursday that they would bar spectators from most events at the games scheduled to open in two weeks, a decision that followed the declaration of a new state of emergency in Tokyo in response to a sudden spike in coronavirus cases.

Officials have long insisted that they can hold the Tokyo Games safely amid a pandemic. Last month, they announced that they would allow domestic spectators at the events despite public fears that the games could become a petri dish for new variants of the virus.

Now, the virus has again wreaked havoc on the planning by Olympic organizers, who gathered in an emergency meeting Thursday night to decide how to respond to the latest challenge of a pandemic that had already delayed the games by a year.

The announcement came only hours before the Olympic torch was set to begin the last — and long-delayed — leg of its trip through Japan. Officials decided this week that there would be almost no actual running during its two-week perambulation through Tokyo and its suburbs, replacing the marathon with a series of ceremonies that would be closed to the public.

Addressing reporters Thursday night, Prime Minister Yoshihide Suga acknowledged the challenge the country faced as the more contagious Delta variant had begun to circulate. He warned about the danger of the virus spreading beyond Tokyo as people traveled home for the summer holidays.

But at the same time, Suga pledged to deliver an Olympic Games that would go down in history not as another victim of the pandemic, but as an example of fortitude in the face of adversity.

Viewers will be tuning in from around the world, he said, and “I want to transmit to them a message from Tokyo about overcoming hardship with effort and wisdom.”

The bar for achieving that goal moved even higher Wednesday when Tokyo reported 920 new coronavirus infections, the highest number since May, when the case count briefly rose over 1,000. The state of emergency announced Thursday will start Monday and be in effect for the duration of the Olympics, which begin July 23.