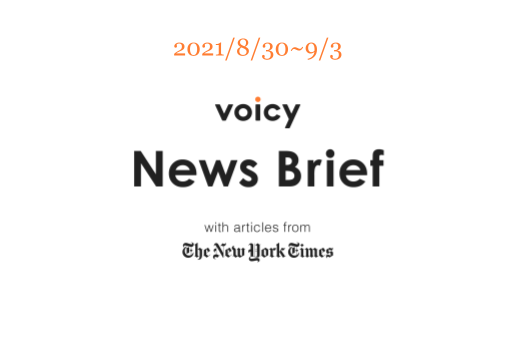 After 12 years in which he has claimed a dozen or more major trophies and broken a string of records, Cristiano Ronaldo will return to the place where he first established himself as one of the finest players of this, and any, generation, leaving Juventus to rejoin Manchester United on a two-year contract.

The team confirmed Ronaldo’s return Friday, saying the deal was “subject to agreement of personal terms, visa and medical.”

A reunion that many United fans have longed for over much of the last decade materialized only at the last minute, thanks in part to the public and private interventions of several of Ronaldo’s former teammates, his long-term mentor, Alex Ferguson, and his colleague with the Portuguese international side, and now United, Bruno Fernandes.

On Thursday evening, it appeared that Ronaldo would be returning to Manchester — but to play for the team across the city. He had informed Massimiliano Allegri, the Juventus manager, that he had no intention of playing for the team again, while his agent, Jorge Mendes, was trying to negotiate a salary package with Manchester City, the reigning Premier League champion.

City’s appetite for the deal, though, was said to be tepid at best. The impetus had all been from Ronaldo’s representatives. City refused to countenance paying Juventus a fee for a player it was desperate to offload as it sought to cut costs in the aftermath of the coronavirus pandemic. City’s best offer was a swap deal including Raheem Sterling, the English forward, which Juventus rejected. By Friday morning, the club was distancing itself from signing Ronaldo.

United, though, had been spurred into action by the thought of one of its most beloved alumni playing for a direct rival. Several former United players, including Rio Ferdinand and Wayne Rooney, as well as Ferguson, either reached out in private or spoke out in public to urge Ronaldo not to forget where in the northwest of England his loyalties lie.

The club, with permission by its owners, the Glazer family, agreed to a salary package for the next two seasons with Ronaldo’s representatives, and eventually offered Juventus a fee that could rise close to $40 million, depending on the 36-year-old’s success with the team.

U.S. Conducts Drone Strike in Kabul and Winds Down Airlift as Deadline Nears

A U.S. drone strike on Sunday destroyed an explosives-laden vehicle that the Pentagon said posed an imminent threat to Afghanistan’s main airport, as the massive airlift of Afghans fleeing Taliban rule shut down just two days before the scheduled final withdrawal of U.S. forces.

Afghans said the drone strike killed a number of civilians, including children, and the U.S. military said it was investigating the assertions.

The U.S.-led coalition told Afghans awaiting transport out of the country that for them the airlift was over. “We regret to inform you that international military evacuations from Kabul airport have ended,” it said in a text message sent late Saturday night, “and we are no longer able to call anyone forward for evacuation flights.”

The airlift has flown more than 117,000 people out of the country since Aug. 14, most of them Afghans, and some Afghans may already be in the airport waiting for flights, but it is leaving untold thousands behind. The desperate, dangerous scramble to reach Kabul’s international airport and the deadly attack there last Thursday by an Islamic State group branch have defined the chaotic and bloody end to America’s longest war.

The U.S. military rushed to fly its remaining service members and equipment from the airport, its last outpost in Afghanistan, before the Tuesday deadline set by President Joe Biden to close out a war that began after the Sept. 11 attacks in 2001. Britain, which has played the second-largest role among NATO forces in Afghanistan, withdrew its last troops Sunday.

Afghans have lived for nearly 20 years under a U.S. security umbrella that held out the promise of a better future and allowed for a more modern society connected to the rest of the world. With the return of the Taliban, that dream has died and an uncertain future beckons, especially for women and girls, who were brutally oppressed under the Taliban a generation ago.

Biden traveled Sunday to his home state, Delaware, to join the families of the 13 service members who were killed Thursday by a suicide bomber as they screened people entering the airport for the evacuation effort.

The president and first lady, Jill Biden, met with the families Sunday morning, then stood somberly with Defense Secretary Lloyd Austin and other officials as the flag-draped coffins were carried from a military transport plane.

Hundreds of students, their relatives and staff of American University of Afghanistan gathered at a safe house Sunday and boarded buses in what was supposed to be a final attempt at evacuation on U.S. military flights, the students said.

“I regret to inform you that the high command at HKIA in the airport has announced there will be no more rescue flights,” said an email sent to students from the university administration Sunday afternoon, which was shared with The New York Times.

“The scholar pilgrims who were turned away today while seeking safe passage to a better future need the help of the U.S. government who gave them the hope they must not lose,” American University President Ian Bickford said.

The email asked the 600 or so students and relatives to return home. The U.S. troop withdrawal from Afghanistan must be completed by a Tuesday deadline, so the U.S. military is turning from evacuating civilians to bringing its own personnel home.

The group was then alarmed after the U.S. military, following protocol, shared a list of names and passport information of hundreds of students and their families with the Taliban guarding the airport checkpoints, the university president said.

“They told us: we have given your names to the Taliban,” said Hosay, a 24-year-old sophomore studying business administration who was on the bus Sunday. “We are all terrified, there is no evacuation, there is no getting out.”

When the Taliban took over Kabul on Aug. 15, one of the first sites the group captured was the sprawling, modern American University campus. Men in traditional Afghan outfits and swinging AK-47 rifles raised the flag of the Taliban and brought down the university flag, according to student and social media photos.

The Taliban posted a picture of themselves on social media standing at the entrance of a university building with an ominous message, saying they were where America trained infidel “wolves” to corrupt the minds of Muslims.

China’s strict limits on how long minors can play online video games just got stricter. Chinese children and teenagers are banned from online gaming on school days, and limited to one hour a day on weekend and holiday evenings under government rules issued Monday.

The rules released by the National Press and Publication Administration tightened restrictions from 2019 aimed at what the government said was a growing scourge of online game addiction among school children. Under the old rules, players younger than 18 were limited to no more than 90 minutes of gaming on weekdays and three hours a day on weekend.

Parents had complained that was too generous and had been laxly enforced, the administration said. The new rule sets the permitted gameplay hour to 8 to 9 p.m. on Fridays, Saturdays and Sundays. The government said it would step up inspections to ensure that gaming companies were enforcing the restrictions.

“Recently many parents have reported that game addiction among some youths and children is seriously harming their normal study, life and mental and physical health,” the administration said in an online question-and-answer explanation about the new rules. Parents, it said, had demanded “further restrictions and reductions in the time provided for minors by online gaming services.”

The new rules also reflect the government’s intensifying push for companies to jettison what the Chinese Communist Party says are unhealthy influences, especially among teenagers and children.

“Some teenage kids just won’t listen to their parents’ discipline, and this policy can control them,” said Lily Feng, a company worker in Shenzhen, southern China.

She said her 10-year old daughter was less interested in online games than Douyin, the Chinese equivalent of TikTok, but added that the new limits set a good example.

“I think this is the right policy,” Feng said. “It amounts to the state taking care of our kids for us.”

Online gaming has been one of the most vibrant and profitable sectors of China’s internet industry, generating billions in revenue from players who pay to take part in online quests, wars and adventures. But there have signs of growing official pressure for the companies to step more strictly in line with the demands for cultural conformity from Xi Jinping, China’s leader.

The last United States forces left Afghanistan late Monday, ending a 20-year occupation that began shortly after the al-Qaida attacks on 9/11, cost over $2 trillion, took more than 170,000 lives and ultimately failed to defeat the Taliban, the Islamist militants who allowed al-Qaida to operate there.

“A new chapter of America’s engagement with Afghanistan has begun,” Secretary of State Antony Blinken said Monday evening. “It’s one in which we will lead with our diplomacy. The military mission is over.”

But the war prosecuted by four presidents over two decades, which gave Afghans a shot at democracy and freed many women to pursue education and careers, failed in nearly every other goal. Ultimately, the Americans handed the country back to the same militants they drove from power in 2001.

Jubilant Taliban fighters and their supporters reveled in victory as the news became clear. Celebratory gunfire broke out across the city in the predawn hours Tuesday in Kabul, the arc of tracer rounds lighting up the night sky.

“The last American soldiers departed from Kabul airport, and our country has achieved a full independence, thanks to God,” Zabihullah Mujahid, the Taliban spokesperson, said on Twitter.

Control of the airport was left in the hands of the Taliban, who said they were still working on the shape of their new government.

The United States departure was marred by a ghastly burst of civilian casualties that seemed emblematic of the American missteps in the war.

A drone strike that the U.S. military said was aimed at thwarting an attack on the airport killed 10 civilians, survivors said, including seven children, an aid worker for an American charity organization, and a contractor with the U.S. military.

In the end, the number of Afghan civilians killed in the war — more than 47,000 according to Brown University’s Cost of War project — approached the number of dead fighters.