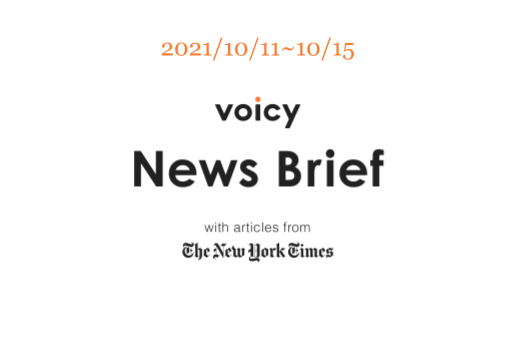 Seeking to bolster press freedoms as journalists find themselves under increasing pressure from authoritarian governments and other hostile forces, the Norwegian Nobel Committee on Friday awarded the Peace Prize to two journalists thousands of miles apart for their tireless efforts to hold the powerful to account.

The journalists, Maria Ressa of the Philippines and Dmitri A. Muratov of Russia, were recognized for “their courageous fight for freedom of expression, which is a precondition for democracy and lasting peace.”

“They are representatives of all journalists who stand up for this ideal in a world in which democracy and freedom of the press face increasingly adverse conditions,” the committee said.

Ressa — a Fulbright scholar who was also named a Time magazine Person of the Year in 2018 for her crusading work against disinformation — has been a constant thorn in the side of Rodrigo Duterte, her country’s authoritarian president.

The digital media company for investigative journalism that she co-founded, Rappler, has exposed government corruption and researched the financial holdings and potential conflicts of interest of top political figures. It has also done groundbreaking work on the Duterte government’s violent anti-drug campaign.

Speaking on Rappler’s Facebook Live platform, Ressa said she hoped the award was a “recognition of how difficult it is to be a journalist today.”

“This is for you, Rappler,” she said, her voice breaking slightly, adding that she hopes for “energy for all of us to continue the battle for facts.”

Muratov has defended freedom of speech in Russia for decades, working under increasingly difficult conditions. Within hours of news of the award breaking, the Kremlin stepped up its crackdown on critics, labeling nine journalists and activists as “foreign agents,” a designation that imposes onerous requirements on them.

One of the founders of independent newspaper Novaya Gazeta in 1993, Muratov has been its editor-in-chief since 1995. Despite a continual barrage of harassment, threats, violence and even murders, the newspaper has continued to publish.

Since its start, six of the newspaper’s journalists have been killed, the committee noted.

“Despite the killings and threats, editor-in-chief Muratov has refused to abandon the newspaper’s independent policy,” the committee wrote. “He has consistently defended the right of journalists to write anything they want about whatever they want, as long as they comply with the professional and ethical standards of journalism.”

LOS ANGELES — Movie theaters are finally bouncing back from the pandemic, with solid turnout over the weekend for the latest James Bond spectacle, “No Time to Die,” giving Hollywood its third box office success in the span of a month. For coronavirus-battered multiplex chains, it’s reason for a celebratory martini.

But the box office is still extremely fragile, analysts say, and one of the doomsday scenarios about the pandemic’s lasting effect on theatergoing has been coming true: The only movies attracting sizable attention in cinemas are big-budget franchise films. The audience for smaller dramas and comedies seems — at least for now — to be satisfied with home viewing.

“No Time to Die,” billed as the 25th installment in the Bond franchise and with Daniel Craig in his fifth and final turn as 007, took in an estimated $56 million from 4,407 theaters in the United States and Canada, according to Comscore. In partial release overseas, “No Time to Die” collected an additional $257 million, according to Metro-Goldwyn-Mayer and its overseas distribution partner, Universal Pictures International. (Amazon bought MsGM for $8.5 billion this year.)

Because of the pandemic, more moviegoers have been holding off on ticket-buying decisions until the last minute, analysts say, making it difficult for studios to predict how a movie will perform. Going into the weekend, domestic estimates for “No Time to Die” ranged from $36 million to more than $70 million, depending on what research firm was doing the prognosticating. The film’s franchise predecessor, “Spectre,” took in $70.4 million in North America over its first three days in 2015.

“No Time to Die,” which received strong reviews and an A-minus grade from ticket buyers in CinemaScore exit polls, was the first major movie to be affected by the pandemic. It was originally scheduled to roll out in theaters in April 2020. MGM and the London-based producers who control the franchise pushed back the release to November 2020 and then again to this month.

Theaters keep roughly 50% of total ticket sales, which means the expensive “No Time to Die” is unlikely to turn a profit for MGM. The film cost an estimated $250 million to make and a further $150 million to market worldwide.

Something Shook New Hampshire. What Caused the Boom Is a Mystery

A mysterious boom jolted New Hampshire and at least one adjoining state Sunday morning, rattling homes, spooking pets and prompting several hundred amateur sleuths to go online to try to find out what possibly could have caused all the commotion.

The source of the boom has confounded residents, many of whom speculated that it might have been an earthquake.

But an official at the National Earthquake Information Center, which is part of the U.S. Geological Survey, said that none of the agency’s stations had found any evidence of an earthquake in all of New England during the past seven days.

Some residents wondered if a meteorite or an aircraft might be behind the mystery, one that generated some complaints next door in Massachusetts.

Dan Brian said that he was at home in New Boston, New Hampshire, when he heard what he thought was a large explosion.

“There was a kind of a loud boom that rattled our whole house,” Brian said Sunday.

Brian, 38, a technical writer, said he feared that something was wrong with his roof and ran out to his driveway. There was no damage to the home but the couple’s dogs were “just as confused,” he said.

The fire chief in New Boston, Dan MacDonald, said he was at home when he heard what sounded “like a loud explosion” and felt a “slight vibration” in the house.

Dylan Mei, a dispatcher for the police department in Winchendon, Massachusetts, said three residents of the town called to report that the “ground was shaking.” WCVB-TV reported that numerous residents emailed the station to share stories of hearing a loud boom and feeling the ground shake.

Don Blakeman, a geophysicist for the U.S. Geological Survey, said Sunday that the NEIC had not detected any seismic activity in the area Sunday. But that doesn’t entirely rule out that there might have been a minor earthquake, he said.

New Hampshire often gets small earthquakes, said Jessica Turner, a geophysicist for the U.S. Geological Survey. The last time was Aug. 22, when an earthquake of 1.7 magnitude was recorded in an area south of Rochester, Turner said.

Superman Comes Out, as DC Comics Ushers In a New Man of Steel

Up, up and out of the closet!

The new Superman, Jonathan Kent — who is the son of Clark Kent and Lois Lane — will soon begin a romantic relationship with a male friend, DC Comics announced Monday.

That same-sex relationship is just one of the ways that Jonathan Kent, who goes by Jon, is proving to be a different Superman than his famous father. Since his new series, “Superman: Son of Kal-El,” began in July, Jon has combated wildfires caused by climate change, thwarted a high school shooting and protested the deportation of refugees in Metropolis.

“The idea of replacing Clark Kent with another straight white savior felt like a missed opportunity,” Tom Taylor, who writes the series, said in an interview. He said that a “new Superman had to have new fights — real world problems — that he could stand up to as one of the most powerful people in the world.”

Jonathan and Jay Nakamura met in an August story during the new Superman’s ill-fated attempt to establish a secret identity and attend high school. Last month, Jay, a budding journalist, met Jonathan’s parents — and was awe-struck by Lois Lane.

Jonathan and Jay will share a kiss in a story that will be published next month. This month, readers will discover that Jay has special abilities. “Jay could be the only person in Jon’s life that he does not have to protect,” Taylor said. “I wanted to have a really equal, supportive relationship for those two.”

The editors at DC were already considering similar lines of the development for the character and were supportive, he said.

“I’ve always said everyone needs heroes, and they deserve to see themselves in their heroes,” Taylor said. “For so many people, having the strongest superhero in comics come out is incredibly powerful.”

NEAR VAN HORN, Texas — William Shatner, the actor best known as the heroic Captain James T. Kirk in “Star Trek,” and three other passengers returned safely from a brief trip to the edge of space Wednesday.

Shatner, 90, became the world’s oldest space traveler on the flight, which was the latest excursion over the West Texas desert aboard a rocket built by Blue Origin for space tourists. The private space company is owned by Jeff Bezos, the founder of Amazon.

But the successful flight and landing came amid a string of controversies for Bezos’ company, particularly charges from current and former employees that its workplace culture was “rife” with sexism and that it prioritized speed over addressing some employees’ safety concerns. The company has rebutted the criticisms, but has also faced setbacks in other lines of its business.

Those concerns were absent Wednesday as an effusive Shatner bent Bezos’ ear just outside the capsule after it landed, pouring forth words during a video livestream.

“What you have given me is the most profound experience I can imagine,” Shatner told Bezos, waxing poetically about the “immeasurably small” line he witnessed between Earth and space, describing it as a fragile, underappreciated boundary between life and death.

Shatner shared the capsule with three other passengers: Audrey Powers, a Blue Origin vice president, and two paying customers: Chris Boshuizen, a co-founder of the Earth-observation company Planet Labs, and Glen de Vries, a co-founder of a company that builds software for clinical researchers.

The rocket lifted off at 9:49 a.m. Central Time, ascending nearly as fast as a speeding bullet at 2,235 mph and sending the crew some 65.8 miles high. The whole trip lasted 10 minutes, 17 seconds, and gave the passengers about four minutes of weightlessness.