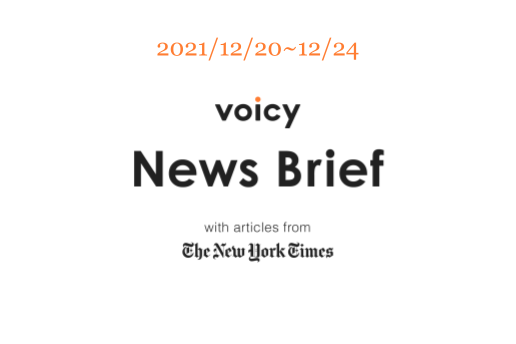 24 Dead in Suspected Arson at Office Building in Japan

OSAKA, Japan — In Japan, residents normally assume they can go about their daily lives — riding the train, going to work or visiting a doctor — without worrying about their basic safety. Crime of all varieties is relatively rare, and the murder rate is among the lowest in the world.

But for the third time in less than two months, a suspected arson attack has shaken the country’s sense of security.

At least 24 people died after a fire Friday that burned through a psychiatric clinic in a busy office building in Osaka, the largest city in western Japan. Twenty-eight people were taken to the hospital, and three were in critical condition Friday night.

The fire — which police said may have been set by a man in his 50s or 60s seen carrying a leaking paper bag — came just six weeks after a train rider dressed as the Joker injured 17 people in Tokyo as he attacked passengers with a knife and tried to set a blaze on board.

Early last month, another man was arrested on arson charges after he set a fire on a bullet train in Kyushu in southern Japan.

Friday’s blaze came two years after the most notorious episode of arson in Japan’s modern history. A fire at an anime studio in Kyoto, not far from Osaka, killed 33 people and injured dozens in one of the country’s worst cases of mass murder in decades.

In that case, as well as the incidents on the Tokyo train line and the bullet train in Kyushu, the suspects told police that they wanted to kill as many people as possible.

Friday’s fire was first reported around 10:20 a.m. and was put out in less than 30 minutes. Rescue workers were seen carrying people out of the building on stretchers, the national broadcaster, NHK, reported, and video footage showed firefighters on ladders stretching up to the sixth floor.

Neither the police nor the Fire Department released any further details about a suspect or a motive.

According to the Fire Department, 80 engines responded to the scene. The blaze burned an area of about 270 square feet of an eight-story downtown building, steps from the biggest train station in the port city. The fourth floor, where the fire is believed to have begun, was home to a medical clinic specializing in both internal medicine and psychiatry.

LOS ANGELES — For nearly two years, ever since the pandemic brought moviegoing to a halt, Hollywood has been consumed with a creeping dread. What if the movies never bounce back? What if the naysayers writing big-screen epitaphs are right?

So the sense of relief — elation — that washed through the movie capital over the weekend, as “Spider-Man: No Way Home” arrived to sensational ticket sales, was palpable. “Have you seen The Daily Bugle headline?” Thomas E. Rothman, Sony’s movie chairman, said by phone, referring to the tabloid newspaper in the Spider-Man comics. “Spidey Saves the Day!”

“No Way Home” collected an estimated $253 million at theaters in the United States and Canada, according to Comscore, which compiles box office data. Not only did more than 20 million people leave their homes to see a blockbuster movie, prying themselves away from their streaming services, but they faced down the omicron variant to do it — a reflection, box office analysts said, of the film’s novel “multiverse” storytelling, a pent-up desire to be part of a big cultural moment, and, perhaps, weariness with the impingement of the pandemic on their lives.

It was the highest opening-weekend result in the 19-year history of the eight-film, live-action “Spider-Man” franchise. And it was the third-highest in the overall Hollywood history books, behind “Avengers: Endgame” ($357 million) and “Avengers: Infinity War” ($258 million).

“No Way Home,” directed by Jon Watts and re-teaming Tom Holland as Peter Parker and Zendaya as MJ, collected an additional $334.2 million overseas, according to Sony.

“The ‘Spider-Man’ numbers are sensational, but until COVID recedes and is considered something like the flu, the business is not out of the woods,” David A. Gross, who runs the film consultancy Franchise Entertainment Research, said in an email.

Look no further than “Nightmare Alley,” a lavish noir thriller with an all-star cast that arrived in 2,145 North American theaters on Friday. It collected a disastrous $3 million, a result that Gross called “a reminder of the parts of the business that are still broken.”

Movies aimed at older moviegoers — “Nightmare Alley,” “West Side Story,” “King Richard,” “The Last Duel” — have been struggling at the box office, held back in part because older women, in particular, remain concerned about the coronavirus, analysts say. In addition, audiences do not seem to be in the mood for dark and dour, and “Nightmare Alley” is pitch black.

Dr. Anthony Fauci, the nation’s top infectious disease expert, warned Sunday that the extraordinarily contagious omicron variant of the coronavirus was raging worldwide and that it was likely to cause another major surge in the United States, especially among the unvaccinated.

“This virus is extraordinary,” he said on CNN’s “State of the Union,” referring to the new variant.

But as Americans wrestle this week with whether to curtail holiday gatherings and travel plans, Fauci said that adhering to the available preventive tools should protect most.

“If you’re vaccinated and you’re boosted, and you take care when you go into congregate settings like airports to make sure you continually wear your mask, you should be OK,” Fauci said on NBC’s “Meet the Press.” He urged air travelers to remain masked during flights.

Christmas 2021 need not be a replay of Christmas 2020, he said. He encouraged even boosted people to get tested if they plan to attend celebrations indoors and to try to avoid gatherings if they were unsure whether all the guests were vaccinated.

Still, with 50 million eligible Americans unvaccinated against COVID, the coming six to eight weeks of winter seem poised to bring an uptick in cases, deaths, overwhelmed hospitals and commensurately exhausted health care workers, particularly in regions where vaccination rates are low, he said.

He made a fervent plea for people who had received two doses of a COVID vaccine to get a booster as soon as they are eligible, which would substantially strengthen their resistance to the omicron variant.

He also said that breakthrough infections among the vaccinated would continue to occur.

Dr. Francis Collins, who was in his final day as director of the National Institutes of Health, expressed exasperation with those who claim that breakthrough infections indicate that the vaccines do not work.

Vaccines are not perfect, he said on “Fox News Sunday.” But if people get COVID after being vaccinated, he said: “The chances are you’re going to have a pretty mild case. You’ll have the sniffles, maybe are sick for a day or two with a fever, but you won’t be in the ICU. The vaccinations are really good at protecting against severe disease.”

Biogen slashed the price of its controversial new Alzheimer’s drug Aduhelm on Monday as the drug faces weak sales and mounting criticism.

The price was reduced to $28,200 a year from $56,000 on the same day that a group of Alzheimer’s experts and health advocates called on the Food and Drug Administration to pull the drug off the market and said they were supporting an effort to file a formal petition with the agency to withdraw it.

“The FDA’s decision to approve Aduhelm is indefensible in both scientific and clinical terms,” said a statement signed by 18 scientists, most of them doctors. “This drug should be withdrawn from the market immediately.”

The agency approved Aduhelm in June, even though a council of senior FDA officials, an advisory committee of outside experts and many Alzheimer’s specialists said the scientific evidence showed that the drug did not provide a clear benefit to patients and that it carried risks of dangerous side effects.

In a statement about the price-cutting on Monday, Michel Vounatsos, Biogen’s chief executive officer, said the company had “listened to the feedback of our stakeholders” and believed that “too many patients are not being offered the choice of Aduhelm due to financial considerations.”

But Brian Skorney, an analyst at Robert W. Baird & Co., said after the price announcement: “For the broad majority of people who are critical of Aduhelm, $56,000 and $28,000 are both exceptionally high prices for a drug that a lot of people perceive doesn’t work at all.”

The statement calling on the FDA to withdraw Aduhelm grew out of a three-hour video meeting among the scientists last week.

“We’re not just saying the approval was probably the worst decision the FDA ever made,” Dr. Peter Whitehouse, a neurologist and Alzheimer’s expert at Case Western Reserve University, told attendees during the session. “It’s so bad that we should advocate for withdrawal.”

In response to the call to withdraw approval of Aduhelm, an FDA spokeswoman said that “the data set for Aduhelm was very complex, and our review has been thorough.”

The federal government’s main auto safety regulator said on Wednesday that it had opened an investigation into a feature in Teslas that allows drivers to play games on a dashboard touch screen while the car is in motion.

The investigation, by the National Highway Traffic Safety Administration, is the latest of several moves that regulators have taken in recent months regarding safety issues in cars made by Tesla, the dominant electric carmaker and the world’s most valuable automaker. In August the safety agency opened a broad investigation into Tesla’s Autopilot system, which can accelerate and brake a car on its own, after cars using it crashed into parked firetrucks, police cars and other emergency vehicles at least 11 times. Those accidents resulted in one death and several serious injuries.

The New York Times reported earlier this month on the video feature, which Tesla calls Passenger Play, and its potential to distract drivers. The agency’s investigation suggests that it is taking a more aggressive stand after years of doing little to look into what many safety experts characterize as glaring flaws and gaps in Tesla’s approach.

“We need NHTSA to be more active and robust, so hopefully this is the start of a more active agency,” said Jonathan Adkins, executive director of the Governor’s Highway Safety Association.

The video game inquiry covers about 580,000 cars and sport utility vehicles from model years 2017 through 2022. At least three games can be played on the large touch screens mounted in the center of every Tesla — solitaire; a jet fighter game, “Sky Force Reloaded”; and “The Battle of Polytopia: Moonrise,” a conquest strategy game. Players are asked to confirm that they are not driving the car, but nothing prevents drivers from clicking through that question and playing the games.

“It’s unquestionably dangerous,” said Jason Levine, executive director of the Center for Auto Safety, a consumer safety organization. “Even if it is only for passenger use, there’s no question it is distracting to a driver.”

In a document posted on its website, the safety agency appeared to agree with that view, saying the games “may distract the driver and increase the risk of a crash.”

Tesla did not respond to a request for comment.