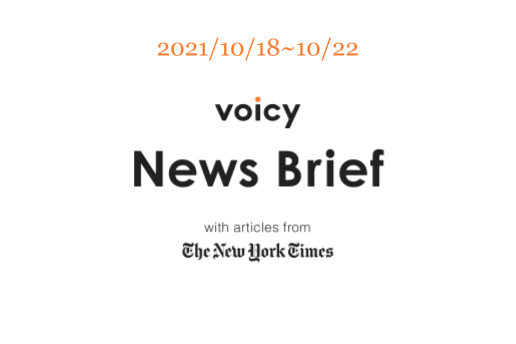 Vaccinated Travelers From Abroad Can Enter U.S. on Nov. 8

International travelers fully vaccinated against the coronavirus who have been barred from entering the United States during the pandemic will be able to enter the country Nov. 8, according to a White House official, marking an end to restrictions that had walled off tourists and relatives seeking to visit their families.

The specific date for when the Biden administration would lift travel restrictions for those traveling by air or hoping to cross the land border was previously unclear. The administration last month said it would be implementing a new system in which fully vaccinated foreigners who show proof of a negative coronavirus test would be able to fly to the United States in early November.

The Centers for Disease Control and Prevention considers people fully inoculated two weeks after receiving the second dose of the Pfizer or Moderna vaccine, or two weeks after receiving the single dose of the Johnson & Johnson vaccine. Those who have received vaccines listed for emergency use by the World Health Organization, such as the AstraZeneca vaccine, would also be considered fully vaccinated, according to the CDC.

Unvaccinated foreigners will be broadly barred from entering the United States, although the White House official said there will be limited exemptions, including for young children.

Foreigners hoping to fly to the United States will need to show proof of vaccination before boarding and a negative coronavirus test within three days of entering.

Unvaccinated Americans traveling from overseas will need to test negative for the coronavirus one day before returning home and show proof that they have bought a test to take after arriving in the United States.

The U.S. Travel Association, an industry group, applauded the moves.

“The date is critically important for planning — for airlines, for travel-supported businesses, and for millions of travelers worldwide who will now advance plans to visit the United States once again,” Roger Dow, the group’s president, said in a statement. “Reopening to international visitors will provide a jolt to the economy and accelerate the return of travel-related jobs that were lost due to travel restrictions.”

LONDON — Costa Rica and the city of Milan on Sunday were among the first to be awarded 1 million pounds, or nearly $1.4 million, for their sustainability and conservation efforts as part of a newly established environmental prize presided over by Prince William and Kate, the Duchess of Cambridge.

The ceremony comes as climate change is top of mind, ahead of a United Nations summit meeting in Glasgow this month that will gather an estimated 20,000 delegates from nearly every country in the world to discuss how to mitigate the impact of climate change. Organizers of the new prize are hoping it will become the most prestigious in the field, an ambition evident at the award ceremony held at Alexandra Palace in north London, a glamorous affair with high-profile attendees that was broadcast on the BBC.

David Attenborough, who gave the opening remarks, warned that “the actions we choose or choose not to take in the next 10 years will determine the fate of the planet for the next thousand.”

Milan won for a citywide food recovery policy that redirected surplus food to charities and food banks, and Costa Rica was celebrated for a national system that reversed deforestation by paying citizens to restore forests. The three other winners were Takachar, a social enterprise based in India developing technology to combat air pollution from agricultural burning; Coral Vita, whose land-based farms in the Bahamas grow coral to replant in the ocean; and Enapter, a company using technology to reduce emissions in renewable electricity.

CHICAGO — At the final buzzer, Candace Parker sprinted down the court in triumph.

The tears had already started coming moments before, as the Chicago Sky, the team she’d joined just eight months ago after a 13-year career in Los Angeles, took a four-point lead over the Phoenix Mercury in Game 4 of the WNBA Finals.

Sky guard Courtney Vandersloot then nailed two free throws. Phoenix center Brittney Griner missed a jumper on the other end of the floor, and it was over. The Sky had beaten the Mercury, 80-74, in Game 4 and three games to one in the series for the franchise’s first championship.

Chicago players barreled onto their home court at Wintrust Arena, their sweat-soaked faces now also dripping with tears. Parker embraced her family, and looked up at the crowd.

It was the second WNBA title for Parker, who signed with Chicago as a free agent in February.

She turned in a dominant performance on both ends of the court, finishing with 16 points, 13 rebounds, five assists and four steals. She was active on defense and knocked down a game-tying 3-pointer in the fourth quarter that gave Chicago game-clinching momentum after the Mercury had led for most of the game.

The sixth-seeded Sky were unlikely champions after finishing the regular season with a .500 record. But they were the best team in the playoffs. They had to win two single-elimination games to reach the semifinals, where they earned a finals berth by knocking off the top-seeded Connecticut Sun and their star forward Jonquel Jones, who won the regular-season MVP award.

The Sky won Game 1 of the finals in Phoenix thanks to a 21-point outing from forward Kahleah Copper, who was named MVP of the finals. They dropped a close one in Game 2, then blew out Phoenix by 36 points in Game 3.

In Game 4, Griner nearly willed Phoenix to victory by herself. The Mercury consistently got her the ball in the paint, and she made the Sky pay every time they didn’t send a double team, and sometimes, even when they did. Griner finished with 28 points, including 18 in the first quarter.

But the Sky had Parker, 35, one of the most decorated basketball players ever.

Two weeks after the debut of Dave Chappelle’s standup special “The Closer” on Netflix, the streaming giant is still grappling with internal backlash as a group of its workers prepare to stage a virtual walkout and a former employee spoke publicly about being fired recently.

The walkout, planned for Wednesday, is the latest episode of employee unrest surrounding the special, leading to the kind of tough news coverage normally aimed at other tech companies like Facebook and Google.

Many on Netflix’s staff were angered by Chappelle’s special, criticizing it as transphobic and harmful to transgender people. Reed Hastings and Ted Sarandos, Netflix’s chief executives, have been steadfast in their support of Chappelle in communications with staff, and have argued that his special has been popular with subscribers and would not lead to real-world harm.

Netflix also fired a worker last week for “sharing confidential, commercially sensitive information outside the company.” That information was included in a report by Bloomberg that included budget totals for Chappelle’s specials as well as internal metrics that showed how valuable the specials were.

B. Pagels-Minor, a former program manager at Netflix who is transgender, acknowledged being the fired worker in an interview on Tuesday. Laurie Burgess, a lawyer representing Pagels-Minor, who prefers a gender-neutral courtesy title and pronouns, said, “B. categorically denies leaking sensitive information to the press.”

Netflix did not immediately return a request for comment.

Pagels-Minor, 36, said in an interview that they found last week’s memos from Sarandos “very dismissive.”

“The tone of the message was basically like: You employees can’t possibly understand the nuance of comedy, and that’s why you’re upset,” Pagels-Minor said. “That’s not the point. It’s not that we don’t understand comedy. It’s that this comedy has tones of hatred. And what are we going to do to mitigate that?”

Pagels-Minor was a leader of both the transgender and Black employee resource groups at Netflix.

Pagels-Minor, who is 33 weeks pregnant, said they were one of the organizers of the walkout. Within hours of posting about the walkout on Thursday in a company Slack channel, Pagels-Minor said, they heard from their manager. Pagels-Minor was fired that day.

Digital payments and online shopping go hand in hand. Now PayPal is trying to unite one with the other.

The Silicon Valley digital payments giant has offered to buy Pinterest, the digital pinboard company that enables e-commerce within its app, in a deal valued at about $45 billion, according to people with knowledge of the discussions. PayPal has offered around $70 a share for Pinterest, the people said, a 25% increase from Pinterest’s opening share price Wednesday.

If completed, the deal would be the largest in the consumer internet industry over the past decade, topping Microsoft’s $26 billion purchase of LinkedIn in 2016 and Salesforce’s $27.7 billion acquisition of Slack last year, according to the data service firm Dealogic. It would also be among the largest deals for PayPal, which was spun off from eBay in 2015 and has snapped up payments companies globally.

Buying Pinterest would underline PayPal’s interest in moving further into e-commerce. In 2019, PayPal agreed to pay $4 billion for the coupon payment platform Honey, which shows people discounts while they shop online. Through Pinterest’s app, people can save images to digital pinboards and buy goods directly through what are known as “buyable pins.”

PayPal did not respond to a request for comment, and a Pinterest spokesperson declined to comment. Pinterest’s share price surged 13% Wednesday after reports of the deal, bringing the company’s valuation to $40 billion. PayPal’s shares fell nearly 5%; the company has a market capitalization of $303 billion. The talks were reported earlier by Bloomberg.

Until recently, PayPal largely bought companies that directly tied into digital payments services, which people use to pay for goods and services online without needing a credit card.

But last month, Dan Schulman, PayPal’s CEO, told Wall Street analysts that he envisioned the company becoming a “super app” that folds in numerous services and functions, like some apps in Asia. Schulman outlined a “huge road map” for tools related to shopping, including “universal shopping carts.” Future acquisitions, he said, may surprise people.

Acquiring Pinterest would be a bold move in that direction, even though the San Francisco-based company largely makes money by selling ads rather than through e-commerce.