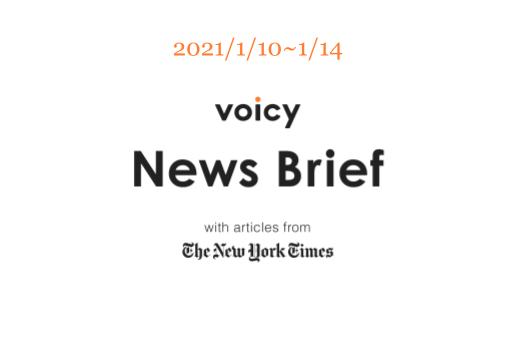 Sidney Poitier, Who Paved the Way for Black Actors in Film, Dies at 94

Sidney Poitier, whose portrayal of resolute heroes in films like “To Sir, With Love,” “In the Heat of the Night” and “Guess Who’s Coming to Dinner” established him as Hollywood’s first Black matinee idol and helped open the door for Black actors in the film industry, has died at 94.

His death was confirmed by Eugene Torchon-Newry, acting director general of the Ministry of Foreign Affairs in the Bahamas, where Poitier grew up. No other details were immediately provided.

Poitier, whose Academy Award for the 1963 film “Lilies of the Field” made him the first Black performer to win in the best actor category, rose to prominence when the civil rights movement was beginning to make headway in the United States. His roles tended to reflect the peaceful integrationist goals of the struggle.

Although often simmering with repressed anger, his characters responded to injustice with quiet determination. They met hatred with reason and forgiveness, sending a reassuring message to white audiences and exposing Poitier to attack as an Uncle Tom when the civil rights movement took a more militant turn in the late 1960s.

Throughout his career, a heavy weight of racial significance bore down on Poitier and the characters he played.

“I felt very much as if I were representing 15, 18 million people with every move I made,” he once wrote.

Poitier grew up in the Bahamas, but he was born on Feb. 20, 1927, in Miami, where his parents traveled regularly to sell their tomato crop.

In 1951 he married Juanita Marie Hardy, a dancer and model, whom he divorced in 1965. They had four daughters. In 1976 he married Joanna Shimkus, his co-star in “The Lost Man” (1969), a film about a gang of Black militants plotting to rob a factory. They had two daughters.

Shimkus survives him. Complete information about other survivors was not immediately available.

In 2002, Poitier was given an honorary Oscar for his career’s work in motion pictures. (At that same Oscar ceremony, Denzel Washington became the first Black actor since Poitier to win the best-actor award, for “Training Day.”) And in 2009, President Barack Obama, citing his “relentless devotion to breaking down barriers,” awarded him the Presidential Medal of Freedom.

NASHVILLE, Tenn. — Nathan Chen, one of the most successful figure skaters in U.S. history, skated in his own stratosphere Sunday at the U.S. national championships.

Five powerful quadruple jumps that launched him high above the ice. Spins as precise as a gyroscope’s. Footwork that flowed like a fast-moving river.

He fell twice — once on a quad jump early in his free skate and again during a foot-tapping choreographed sequence to an Elton John medley — but it did not matter a bit. After his second fall, Chen playfully threw his arms into the air as if to say, aah, whatever.

“Am I to expect that?” Chen said of his mistake in his footwork. “That was just a dumb little moment.”

Who cares that his performance wasn’t perfect? Chen, who has lost only once in more than three seasons, still won his sixth consecutive national title to become the first American man to do so in 70 years.

He finished with 328.01 points, 25.53 ahead of second-place Ilia Malinin, the son of two Olympic figure skaters who represented Uzbekistan, and 37.85 points ahead of Vincent Zhou, the 2019 bronze medalist at the world championships.

Zhou, 21, is the skater who broke Chen’s winning streak in October when he won Skate America for his biggest international victory yet. At nationals, he performed a spectacular short program for a personal best score but made several big mistakes in his free skate. He is still likely to make the Olympic team when, later Sunday, U.S. Figure Skating officials will announce which three men will represent the United States in Beijing.

The Olympic team will be chosen on the skaters’ body of work for the past year or so, and Chen and Zhou are among the world’s top skaters.

Chen, 22, will go to his second Olympics as the top male American skater and as the gold medal favorite. He was fifth at the 2018 Olympics after coming back from a disastrous short program to rock the free skate with an amazing six quadruple jumps, adding that sixth quad at the last second just because he could.

Malinin, 17, could be a surprise pick for the third Olympic spot, especially after his brilliant performance at nationals, where he nailed four quadruple jumps in his free skate and showed the flair and confidence of a veteran.

WASHINGTON — The federal tax filing season will run from Jan. 24 to April 18 this year, the IRS said Monday, warning in its announcement that staffing shortages and paperwork backlogs could make for a messy and frustrating experience for taxpayers.

In a briefing Monday, Treasury Department officials said that the IRS would struggle to promptly answer telephone calls from taxpayers with questions and that a lower level of service should be expected. They blamed Republican legislators, who have blocked efforts to increase funding at the agency, for the lack of resources.

The Biden administration has asked for an additional $80 billion over a decade for the IRS to bolster its enforcement and its customer service capacity, raising its staff by nearly 87,000 employees and upgrading its technology. That request is part of the administration’s Build Back Better Act, which is stalled in Congress. The Treasury Department estimates that enhancing the enforcement powers of the IRS could yield the federal government $400 billion in additional tax revenue over a decade by shrinking the so-called tax gap, or tax money that is owed the government but goes uncollected.

Treasury officials noted that in the first half of last year, fewer than 15,000 employees were available to handle more than 240 million calls — one person for every 16,000 calls.

Although the population of the United States has grown by about 60% since 1970 and the tax code has become more complex, the size of the workforce at the IRS has been flat, the Treasury Department said.

“In many areas, we are unable to deliver the amount of service and enforcement that our taxpayers and tax system deserves and needs,” Charles P. Rettig, the IRS commissioner, said in a statement.

The tax season this year will be more complicated than usual because pandemic-related economic impact payments and child tax credit payments were distributed last year. Taxpayers will be required to report the amount of money that they received.

The IRS is urging taxpayers to file their returns electronically, and the agency said people should generally receive refunds within 21 days of filing.

Usually Tax Day falls on April 15, but it will be delayed for most tax payers to April 18 because of the Emancipation Day holiday in Washington.

In a First, Man Receives a Heart From a Genetically Altered Pig

A 57-year-old man with life-threatening heart disease has received a heart from a genetically modified pig, a groundbreaking procedure that offers hope to hundreds of thousands of patients with failing organs.

It is the first successful transplant of a pig’s heart into a human being. The eight-hour operation took place in Baltimore on Friday, and the patient, David Bennett Sr. of Maryland, was doing well Monday, according to surgeons at the University of Maryland Medical Center.

“It creates the pulse; it creates the pressure; it is his heart,” said Dr. Bartley Griffith, director of the cardiac transplant program at the medical center, who performed the operation.

“It’s working, and it looks normal. We are thrilled, but we don’t know what tomorrow will bring us. This has never been done before.”

Last year, some 41,354 Americans received a transplanted organ, more than half of them receiving kidneys, according to the United Network for Organ Sharing, a nonprofit that coordinates the nation’s organ procurement efforts.

But there is an acute shortage of organs, and about a dozen people on the lists die each day. Some 3,817 Americans received human donor hearts last year as replacements, more than ever before, but the potential demand is still higher.

Scientists have worked feverishly to develop pigs whose organs would not be rejected by the human body, research accelerated in the past decade by new gene editing and cloning technologies. The heart transplant comes just months after surgeons in New York successfully attached the kidney of a genetically engineered pig to a brain-dead person.

Bennett decided to gamble on the experimental treatment because he would have died without a new heart, had exhausted other treatments and was too sick to qualify for a human donor heart, family members and doctors said.

His prognosis is uncertain. Bennett is still connected to a heart-lung bypass machine, which was keeping him alive before the operation, but that is not unusual for a new heart transplant recipient, experts said.

The new heart is functioning and already doing most of the work, and his doctors said he could be taken off the machine Tuesday. Bennett is being closely monitored for signs that his body is rejecting the new organ, but the first 48 hours, which are critical, passed without incident.

Over a period of five years, James H. Clark, an internet pioneer whose Netscape browser once commanded that market, spent roughly $35 million, he recalled in an interview, to purchase dozens of Cambodian and Southeast Asian antiquities, many of which he used to furnish a penthouse in Miami Beach, Florida.

On Tuesday, federal officials announced he had surrendered the collection of 35 items, now valued at much more than he paid, after investigators convinced him that they were all stolen and that he had been duped by a shady antiquities dealer.

Investigators told him, Clark said, “my doing this might inspire other people to do the same, but I’m not sure — it’s hard for people to give up something they paid for, but for me, why would you want to own something that was stolen?”

Clark, who was only identified as a “collector” in court papers filed Tuesday, was described by federal officials as the latest in a line of people taken in by Douglas A.J. Latchford, a British art dealer who died in 2020 while facing charges of antiquities trafficking.

Latchford, the investigators said, had between 2003 and 2008 persuaded Clark to purchase the artifacts by providing him “false statements and fake provenance documents intended to hide the fact that the antiquities were the products of looting, and then imported the antiquities through lies on customs paperwork.”

Clark, 77, who co-founded Netscape Communications Corp., said he had decided to buy the statuary and other relics after travels in Cambodia where he had seen some of the glories of its Khmer Empire. His collection had largely been kept for the past 10 years in two South Florida storage units, from which it was taken as part of the seizure by the federal government that he did not contest.

He said he made his decision after reviewing emails, photos and other evidence provided by federal agents who have spent several years investigating Latchford. The list of items and the allegations against Latchford were included in a complaint filed by federal prosecutors in U.S. District Court in Manhattan on Tuesday.

Prosecutors and Cambodian officials say Latchford obtained the items sold to Clark from a looting network that had pillaged them systematically for decades.