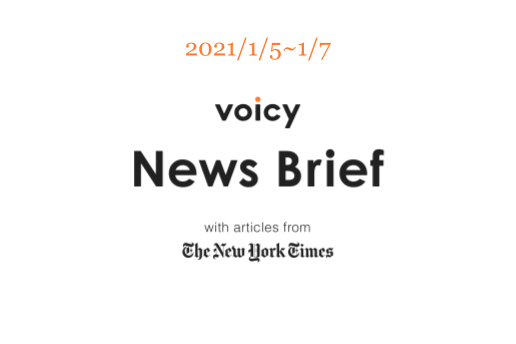 The omicron surge threatens to upend any sense of peace in the nation’s education system.

After a holiday break that saw COVID-19 cases spike unrelentingly, a small but growing list of districts — including Newark, New Jersey; Atlanta; Milwaukee; and Cleveland — moved temporarily to remote learning for more than 450,000 children.

Districtwide closures, even those that last for a week or two, are a step backward after months in which classrooms largely remained open, even during a fall surge of the delta variant.

And although politicians, including Mayor Eric Adams of New York and Gov. Ron DeSantis of Florida, vowed to keep schools open, there were growing fears from parents and educators that more districts would soon turn to remote learning — even though in-school transmission of COVID-19 has been limited.

Those decisions could, in turn, radiate through the country, affecting child care, employment and any confidence that the pandemic’s viselike grip was loosening.

“It’s chaos,” said Keri Rodrigues, president of the National Parents Union, which has polled families throughout the pandemic. “The No. 1 thing that parents and families are crying out for is stability.”

Some families were given just a few days or even hours of notice about school closures, leading to the all-too-familiar pandemic scramble to adjust child-care arrangements and work schedules. Atlanta Public Schools, for instance, announced Saturday that classes would be online for the first week of January, just days after saying that classes would be held in person.

The academic, social and emotional toll of school closures has been enormous, and well-documented. And after a contentious first year of the pandemic, when the debate over opening classrooms was one of the most divisive in American life, politicians, labor leaders and teachers now overwhelmingly say they want school buildings to remain open.

A vast majority of the nation’s school districts — including most of the largest ones — appear to be operating relatively normally, in large part because of vaccines. Still, the closures this week appeared to be concentrated in regions, such as the Northeast and upper Midwest, where Democratic Party policymakers and teachers unions have taken a more cautious approach to operating schools throughout the pandemic.

Tesla reported Sunday that it delivered 936,000 cars in 2021, an 87% increase from the year before, despite the computer chip shortage that has disrupted auto production around the world.

Tesla increased sales despite a global shortage of computer chips, which serve as the brains for a variety of electronics, including engine controllers and touch screens.

In July, Tesla’s chief executive, Elon Musk, said his company was overcoming the shortage by switching to types of chips that were more readily available and writing new instructions, or firmware, to be embedded into the chip. Tesla can make such a switch because the components in its cars are designed to be controlled largely by software.

Tesla does not break out its deliveries by country. Much of its recent growth has been propelled by sales in Europe and China.

The jump in deliveries capped a momentous year in which Tesla’s stock price and profits soared. It has also worked to open factories near Austin, Texas, as well as Berlin, in hopes of sustaining its rapid growth.

On Friday, Tesla’s stock closed at $1,056.78, up from just under $700 at the end of 2020. The stock’s rise was fueled by increasing sales and profits. In the third quarter, the company earned $1.6 billion, more than double its earnings in all of 2020, its first profitable year.

Tesla has said it hopes deliveries will increase about 50% a year for the next several years and is counting on output from its Austin and Berlin factories to reach its goal. Both factories are expected to begin producing Model Y hatchbacks soon.

At the same time, Tesla’s product quality has remained uneven. On Thursday, the company told federal regulators that it planned to recall more than 475,000 cars for two separate defects that could affect safety. A day later, vehicles in China were recalled as well.

Toyota Motor unseated General Motors as the top-selling automaker in the United States last year, becoming the first manufacturer based outside the country to achieve that feat in the industry’s nearly 120-year history.

That milestone underlines the changes shaking automakers, which face strong competition and external forces as they move into electric vehicles. And it came in a tumultuous and strange year in which automakers contended with an accelerating shift to electric vehicles and struggled with profound manufacturing challenges. New car sales have been damped by a severe shortage of computer chips that forced automakers to idle plants even though demand for cars has been incredibly robust.

GM, Ford Motor and Stellantis, the automaker created by the merger of Fiat Chrysler and Peugeot, produced and sold fewer cars than they had hoped to in 2021 because they were hit hard by the chip shortage. Toyota was not hurt as much.

In addition to that shortage, the coronavirus pandemic and related supply-chain problems depressed sales while driving up the prices of new and used cars, sometimes to dizzying heights. Auto manufacturers sold just under 15 million new vehicles in 2021, according to estimates by Cox Automotive, which tracks the industry. That is 2.5% more than in 2020 but well short of the 17 million vehicles the industry usually sold in a year before the pandemic took hold.

GM said Tuesday that its U.S. sales slumped 13% in 2021, to 2.2 million trucks and cars. Toyota had access to more chips because it set aside larger stockpiles of parts after an earthquake and tsunami in Japan knocked out production of several key components in 2011. Its 2021 sales rose more than 10%, to 2.3 million.

“The dominance of the U.S. automakers of the U.S. market is just over,” said Erik Gordon, a business professor at the University of Michigan who follows the auto industry. “Toyota might not beat GM again this year, but the fact that they did it is symbolic of how the industry changed. No U.S. automaker can think of themselves as entitled to market share just because they’re American.”

Ford is expected to finish third when the company releases sales data on Wednesday.