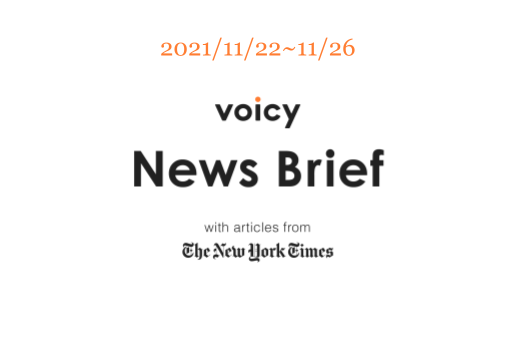 Rittenhouse Found Not Guilty of Intentional Homicide, Four Other Charges

KENOSHA, Wis. — Kyle Rittenhouse, who fatally shot two men and wounded another amid protests and rioting over police conduct in Kenosha, Wisconsin, was found not guilty of homicide and other charges Friday, in a deeply divisive case that ignited a national debate over vigilantism, gun rights and the definition of self-defense.

After about 26 hours of deliberation, a jury appeared to accept Rittenhouse’s explanation that he had acted reasonably to defend himself in an unruly and turbulent scene in August 2020, days after a white police officer shot Jacob Blake, a Black resident, during a summer of unrest following the murder of George Floyd by a Minneapolis police officer.

Rittenhouse, 18, sobbed and was held by his lawyers after the jury finished reading their verdict.

As the verdict was read, Rittenhouse’s mother and sisters cried, and friends and family of the men Rittenhouse shot clutched each other. Outside, quiet gave way to shouts from supporters of Rittenhouse. Gov. Tony Evers had prepared for any unrest after the verdict by authorizing 500 Wisconsin Army National Guard troops.

On Aug. 25, 2020, Rittenhouse arrived in downtown Kenosha with his rifle and a medical kit on the third day of civil unrest over the shooting of Blake by Officer Rusten Sheskey in the former factory town of 100,000 residents.

Testimony and video footage shown during the two-week trial revealed that Rittenhouse was chased into a parking lot, at one point, by Joseph Rosenbaum, 36, who was unarmed and behaving erratically. Rittenhouse turned and shot him at close range, killing Rosenbaum, who had been living in Kenosha.

Rittenhouse then shot two other people — Anthony Huber and Gaige Grosskreutz — who pursued Rittenhouse as he fled, testimony showed. Grosskreutz, a medic from the Milwaukee suburbs, survived and testified at the trial, saying that he had pulled out a gun because he believed that Rittenhouse was an active shooter. Huber, who was 26 and had been protesting the shooting of Blake — a longtime friend — died after a gunshot to the chest.

The prosecution struggled to undermine Rittenhouse’s central defense: that he had feared for his life when he was chased by Rosenbaum, a man who had been captured on video throughout the evening shouting threats and racial epithets and — according to Rittenhouse and a witness called by the prosecution — had promised to kill Rittenhouse if he found him alone.

Thanksgiving Will Cost More This Year. That Could Cost Democrats, Too.

AUBURN HILLS, Mich. — Samantha Martin, a single mother shopping ahead of Thanksgiving, lamented how rising gas and grocery prices have eaten away at the raise she got this year as a manager at McDonald’s.

Gas “is crazy out of hand,” Martin said as she returned a shopping cart at an Aldi discount market in Auburn Hills, a Detroit suburb, to collect a 25-cent deposit.

Martin, 35, a political independent, doesn’t blame either party for inflation, but in a season of discontent, her disapproval fell more heavily on Democrats who run Washington. She voted for President Joe Biden but is disappointed with him and his party. “I think I would probably give somebody else a shot,” she said.

As Americans go on the road this week to travel for family gatherings, the higher costs of driving and one of the most expensive meals of the year have alarmed Democrats, who fear that inflation may upend their electoral prospects in the midterms. Republicans are increasingly confident that a rising cost of living — the ultimate kitchen-table issue — will be the most salient factor in delivering a red wave in 2022.

Democrats’ passage in quick succession of the $1 trillion infrastructure law and, in the House, of a $2.2 trillion social safety net and climate bill, promise once-in-a-generation investments that Democratic candidates plan to run on next year, with many of the policies in the bills broadly popular.

But, despite rising wages and falling unemployment, Democrats are also in danger of being swept aside in a hostile political environment shaped in large part by the highest inflation in 30 years, which has defied early predictions that it would be short-lived as the country pulled out of the pandemic.

With control of Congress and many key governor seats at stake, Republicans are pointing to public and private surveys that show inflation is linked to Americans’ falling approval of Biden.

The president’s recent tour of ports, bridges and auto plants — which was meant to promote the infrastructure legislation — was overshadowed in part by inflation anxieties.

The Holiday Travel Crush Has Begun. Are the Airlines Up to It?

And that was all before the holiday travel season.

Even in normal times, the days around Thanksgiving are a delicate period for the airlines. But this week is the industry’s biggest test since the pandemic began, as millions more Americans — emboldened by vaccinations and reluctant to spend another holiday alone — are expected to take to the skies than during last year’s holidays.

The Transportation Security Administration said it expected to screen about 20 million passengers at airports in the 10 days that began Friday, a figure approaching pre-pandemic levels. Two million passed through checkpoints Saturday alone, about twice as many as on the Saturday before last Thanksgiving.

Delta Air Lines and United Airlines both said they expected to fly only about 12% fewer passengers than they did in 2019. And United said it expected the Sunday after Thanksgiving to be its busiest day since the pandemic began 20 months ago.

While the industry is projecting optimism about easy traveling, the influx of passengers has injected an element of uncertainty into a fragile system still reeling from the pandemic’s devastation. Some airlines have experienced recent troubles that rippled for days — stymying travel plans for thousands of passengers — as the carriers struggled to get pilots and flight attendants in place for delayed and rescheduled flights, a task complicated by thin staffing.

According to FlightAware, just 0.4% of flights were canceled Sunday, which the TSA said was nearly as busy as the Sunday before Thanksgiving in 2019.

Major airlines have just started to report profits again, and only after factoring in billions of dollars of federal aid. While the aid allowed carriers to avoid sweeping layoffs during the pandemic, tens of thousands of employees took generous buyouts or early-retirement packages or volunteered to take extended leaves of absence.

That has made ramping back up more difficult, and the pandemic has created new challenges. Flight crews have had to contend with overwork and disruptive and belligerent passengers, leaving them drained and afraid for their safety.

The number of such unruly passengers has fallen since the Federal Aviation Administration cracked down on the behavior earlier this year. But the agency has so far begun investigations into 991 episodes involving passenger misbehavior in 2021, more than in the last seven years combined.

Germany Gets a New Government, Embarking on Post-Merkel Era

BRUSSELS — Austria went into a major lockdown Monday to try to break the strong fourth wave of COVID-19 spreading across Europe, while the German health minister, Jens Spahn, warned that by the end of this winter “just about everyone in Germany will probably be either vaccinated, recovered or dead.”

“Immunity will be reached,” Spahn said. “The question is whether it’s via vaccination or infection, and we explicitly recommend the path via vaccination.”

European governments are toughening their measures against COVID-19 in the face of soaring infection rates — more than 2 million new cases each week, the most since the pandemic began — and popular resistance, with violent protests over the weekend in numerous countries.

Tens of thousands of people protested official crackdowns and vaccine requirements in Austria, the Netherlands, Belgium, Denmark, Italy, Switzerland and Croatia, with scattered violence and police use of tear gas and water cannons. Some protesters were organized by far-right parties, but many were simply fed up with almost two years of intermittent state controls over their lives.

Europe is once again the epicenter of the pandemic, accounting for more than half the world’s reported COVID-19 deaths this month, according to the World Health Organization. The four countries with the world’s highest rates of reported new cases in the past week are Austria and three that border it, Slovakia, Slovenia and the Czech Republic; 27 of the top 29 are in Europe.

Germany, like many European countries, is pressing for citizens to get booster shots. But it faces a dwindling supply of the Pfizer-BioNTech coronavirus vaccine.

While the European Medicines Agency is poised to approve the vaccine for use on children ages 5 to 11 this week, first doses for children are not scheduled to be delivered to European Union countries until Dec. 20, Spahn said.

Neighboring Austria on Monday began its fourth lockdown, one of the few in Western Europe since vaccines became widely available. Austria has also announced that vaccination will be compulsory as of Feb. 1 — the first Western country to take that step.

About 68% of Germans and 66% of Austrians have been fully vaccinated against COVID-19, and hospitals are mostly filled with those who have not been vaccinated at all. Vaccination rates in most of Western Europe are higher, but the levels in Eastern Europe are far lower — from 59% in the Czech Republic to 24% in Bulgaria.

‘Vaccinated, Recovered or Dead’: Europe Fights COVID-19 Wave — and Itself

BERLIN — After 16 years under Angela Merkel, German leaders Wednesday announced a new government with a new chancellor, Olaf Scholz — a long-awaited return to power for the center-left, in a coalition that faces immediate challenges posed by the pandemic, the economy and foreign relations.

The coalition will face internal tensions, as well, combining Scholz’s Social Democrats with the progressive Greens and the pro-business Free Democrats. Leaders of all three stepped in front of the cameras Wednesday to announce a 177-page governing deal they had negotiated since shortly after the Sept. 26 election.

Sharing a stage Wednesday, the party leaders acknowledged their differences but said they had found enough common ground to push forward with plans to beat back the pandemic, increase investment in digital and climate infrastructure, raise the minimum wage and put Germany on a path to quit coal and expand renewable energy to 80% by 2030.

“We are united in a belief in progress and that politics can do good,” Scholz said at a joint news conference. “We are united in the will to make the country better, to move it forward and to keep it together.”

All three parties’ executive bodies or memberships will have to approve the document before Scholz and his new Cabinet can be sworn in. That is expected to take place by the second week of December.

It is the end of an era for a nation and for an entire continent.

For more than a decade, Merkel has been not just chancellor of Germany but also the leader, in effect, of Europe. She steered her country — which has Europe’s largest economy — and the continent through successive crises, and became an indispensable voice in defense of liberal democracy in the face of far-right movements and rising autocracy in Europe and elsewhere.

Scholz, 63, campaigned as the candidate of continuity.

“The new government will essentially be one of continuity, not change,” said Holger Schmieding, chief economist of Berenberg Bank. “All those who were hoping that this would be the start of something completely different will be disappointed.”

But Scholz, a former mayor of Hamburg, will take office with neither the stature nor the clout of his predecessor. His party won less than 26% of the vote, forcing Scholz to stitch together a potentially fractious coalition.