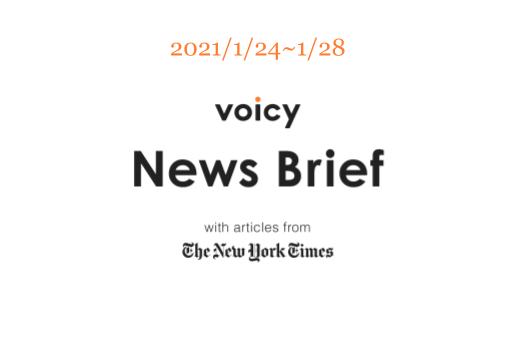 ‘Why Was I Born a Girl?’ An Afghan Poem Inspires U.S. Students

KABUL, Afghanistan — When Fariba Mohebi, an 11th grader, learned in September that most Afghan girls would not join boys returning to school under Taliban rule, she shut the door and windows to her room. Then she broke down and sobbed.

From her despair, a poem emerged: “Why Was I Born a Girl?”

Mohebi’s poem found its way to Timothy Stiven’s Advanced Placement history class at Canyon Crest Academy, a public high school 8,000 miles away in San Diego. It was relayed via Zoom calls between Canyon Crest and Mawoud, a tutoring center that Mohebi attends in Kabul, where girls sit in class with boys and men teach girls — testing the limits of Taliban forbearance.

Periodic Zoom sessions between the Afghan and American students have opened a window to the world for girls at Mawoud, hardening their resolve to pursue their educations against daunting odds. The calls have also revealed the harsh contours of Taliban rule for the California students, opening their eyes to the repression of fellow high schoolers halfway around the world.

“If I was a 10th as courageous as these girls are, I would be a lion. They are my heroes,” Diana Reid, a Canyon Crest student, wrote after a Zoom call this month in which Afghan girls described navigating bombing threats and Taliban interference.

For the Afghans, the Zoom sessions have been a reminder that some Americans still care about Afghans five months after U.S. troops withdrew in chaos and the U.S.-backed government and military collapsed.

“We are so happy we are not alone in this world,” Najibullah Yousefi, Mawoud’s principal, told the San Diego students via Zoom.

The Zoom calls were arranged in April by Stiven and Yousefi. An early topic of discussion was Mohebi’s poetry. “Why Was I Born a Girl?” prompted an in-depth education in Afghan realities for the American students.

“I can hardly imagine how difficult that must be, and the courage the girls must have to be sitting alongside male students after facing suicide bombings,” Selena Xiang, a Canyon Crest student, wrote after this month’s Zoom call. “It’s so different from my life, where education is handed to me on a silver platter.”

Documentary Critical of Disney, From the Disney Family

Three years ago, Abigail E. Disney began to publicly excoriate The Walt Disney Co. for its “obscene” pay inequality, with Robert A. Iger, who was then CEO, at one end of the scale and hourly theme park workers at the other. The company founded by her grandfather and great-uncle repeatedly returned fire, at one point calling her assertions a “gross and unfair exaggeration of the facts.”

But Abigail Disney has refused to back down, even though the company recently agreed to a 16% raise for certain theme park workers. In fact, she is escalating her campaign — and, for the first time, bringing along two of her three siblings.

“The American Dream and Other Fairy Tales,” an activist-minded documentary about the pay gap between corporate haves and have-nots, will premiere Monday as part of the Sundance Film Festival, which is being held digitally because of the pandemic. Disney and Kathleen Hughes directed the film; Disney’s sister, Susan Disney Lord, and a brother, Tim, are among the executive producers.

Disney and Hughes profile four Disneyland custodians, who, at the time of filming (pre-pandemic), earned $15 an hour. They all struggle mightily with soaring housing costs in Southern California.

The New York Times was allowed to view the film before its premiere. Disney, which was not given early access, responded to queries about the film’s content and tone with the following statement:

“The well-being and aspirations of our employees and cast will always be our top priority. We provide a leading and holistic employment package that includes competitive pay and comprehensive benefits for our cast members to grow their careers and care for their families.”

In December, unions representing 9,500 custodians, ride operators and parking attendants ratified a new contract that lifts minimum starting pay to $18 an hour by 2023 — up from $15.45 last year, a 16% increase — and includes seniority-based bonuses.

In an interview via Zoom, Disney and Hughes, an Emmy-winning television newsmagazine producer, said they were “encouraged” by the Disneyland pay increase but said it wasn’t enough — that around $24 an hour was the needed “living wage.”

The filmmakers are still looking for a distributor. They hope to use Sundance to generate interest from Netflix, Amazon Prime Video, Apple TV+ or another Disney competitor.

WASHINGTON — An experiment that provided poor mothers with cash stipends for the first year of their children’s lives appears to have changed the babies’ brain activity in ways associated with stronger cognitive development, a finding with potential implications for safety net policy.

The differences were modest — researchers likened them in statistical magnitude to moving to the 75th position in a line of 100 from the 81st — and it remains to be seen if changes in brain patterns will translate to higher skills, as other research offers reason to expect.

Still, evidence that a single year of subsidies could alter something as profound as brain functioning highlights the role that money may play in child development and comes as President Joe Biden is pushing for a much larger program of subsidies for families with children.

“This is a big scientific finding,” said Martha J. Farah, a neuroscientist at the University of Pennsylvania, who conducted a review of the study for the Proceedings of the National Academies of Sciences, where it was published Monday. “It’s proof that just giving the families more money, even a modest amount of more money, leads to better brain development.”

A temporary federal program of near-universal children’s subsidies — up to $300 a month per child through an expanded child tax credit — expired this month after Biden failed to unite Democrats behind a large social policy bill that would have extended it. Most Republicans oppose the monthly grants, citing the cost and warning that unconditional aid, which they describe as welfare, discourages parents from working.

Evidence abounds that poor children on average start school with weaker cognitive skills, and neuroscientists have shown that the differences extend to brain structure and function. But it has not been clear if those differences come directly from the shortage of money or from related factors like parental education or neighborhood influences.

The new study offers evidence that poverty itself holds children back from their earliest moments.

“This is the first study to show that money, in and of itself, has a causal impact on brain development,” said Dr. Kimberly G. Noble, a physician and neuroscientist at Columbia University, who helped lead the study.

After traveling nearly 1 million miles, the James Webb Space Telescope arrived at its new home Monday. The spacecraft’s arrival checks off another tricky step as scientists on Earth prepare to spend at least a decade using the observatory to study distant light from the beginning of time.

The telescope launched to space Dec. 25. But the $10 billion telescope still needed to power through the first leg of its setup phase. Earlier this month, the observatory unfurled its heat shield and deployed its mirrors and other instruments with few surprises — a remarkable feat given the telescope’s novel design and engineering complexity.

The telescope arrived at a location beyond the moon after a final, five-minute firing of the spacecraft’s main thruster, sweeping itself into a small pocket of stability where the gravitational forces of the sun and Earth commingle. From this outpost, called the second Lagrange Point, or L2, the Webb telescope will be dragged around the sun alongside Earth for years to keep a steady eye on outer space without spending much fuel to maintain its position.

“We’re one step closer to uncovering the mysteries of the universe,” Bill Nelson, administrator of NASA, said. “And I can’t wait to see Webb’s first new views of the universe this summer!”

The James Webb Space Telescope, named after a former NASA administrator who oversaw the formative years of the Apollo program, is seven times more sensitive than the nearly 32-year-old Hubble Space Telescope and three times its size. The Webb is designed to see further into the past than its celebrated predecessor in order to study the first stars and galaxies that twinkled alive in the dawn of time, 13.7 billion years ago.

For the next three months, engineers will watch as algorithms help fine-tune the position of the Webb’s mirror segments, correcting any misalignments — as accurately as one-10,000th of a hair follicle — to allow the 18 hexagonal pieces in its array to function as a single mirror.

Engineers must then calibrate the Webb’s scientific instruments, test its ability to lock onto known objects and track moving targets before astronomers can use the telescope for science operations beginning this summer.

For the first time ever, the Bill and Melinda Gates Foundation will be governed by a board that includes people who are not named Gates or Buffett.

The foundation on Wednesday named the head of the London School of Economics, a fellow billionaire philanthropist and a founder of a nonprofit management consulting firm to join Bill Gates and Melinda French Gates on a newly created governing board that will oversee the charity.

The establishment of the board was heralded last year as a necessary step after Gates and French Gates announced that they were divorcing and billionaire investor Warren Buffett resigned as the third trustee of the nation’s largest charitable foundation.

The creation of the board “represents an explicit recognition by Bill and Melinda, especially in the wake of their divorce, that the foundation will be well served by the addition of strong, independent voices to help shape our governance,” said Mark Suzman, the chief executive of the Gates Foundation, in a statement. Suzman will also serve on the board, bringing the total to six members.

The new board is a significant symbolic step, one that many philanthropy experts had called for over the course of the foundation’s existence, but in practice little may change. Decisions still require both Gates and French Gates to support them, in essence handing them each veto power. The new board will also have no control over the endowment, which is held in a separate trust.

The Bill and Melinda Gates Foundation has given out more than $60 billion in grants over its 21 years, in areas like global public health and agriculture. The foundation paid out $6.7 billion in 2021.

One new member, Thomas J. Tierney, is co-chair of the nonprofit management consultancy the Bridgespan Group, which has advised the Gates Foundation and many other leading nonprofits and philanthropists

The director of the London School of Economics, Nemat Shafik, has also worked with the Gates Foundation in different capacities.

Another new member, Strive Masiyiwa, is a telecom billionaire and philanthropist who has signed the Giving Pledge, which Gates, French Gates and Buffett created as a public promise to give away more than half of one’s wealth.