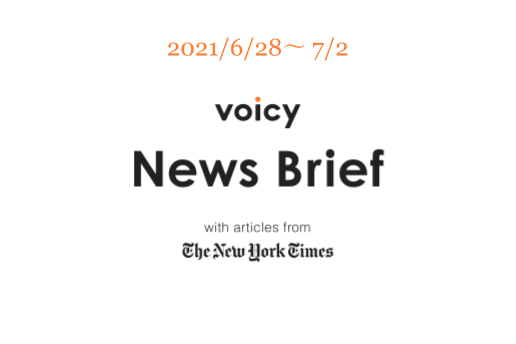 Colosseum Opens Its Belly to the Public

For nearly 450 years, the majestic amphitheater known today as the Colosseum provided spectacular, often gory, entertainment for legions of ancient Romans. This week, archaeologists opened its restored warren of underground corridors to the public.

Starting in A.D. 80, spectators were thrilled by gladiatorial contests, bloody tussles between wild animals, staged sea battles and theatrical performances with condemned criminals acting out myths that usually ended badly. Now, visitors can see where it was all methodically planned out.

The hypogeum was “the heart” of the amphitheater, Alfonsina Russo, director of the Colosseum and its archaeological park, told reporters Friday during an impromptu tour of what she described as the monument’s backstage, where she said “preparation took place to ensure the optimal execution of the games.”

Under the arena floor, working by torch and oil lamps, unseen stagehands manipulated elevators and trap doors so gladiators, performers and animals could make dramatic choreographed entrances. “There must certainly have been a director who coordinated all the activities that resulted in the show,” Russo said.

The restoration, which began in late 2018, adopted a multidisciplinary approach that involved archaeologists, architects, restorers, physicists, topographers and engineers. Their work unearthed new archaeological data that was used “to read” the amphitheater’s history, from the moment it was inaugurated to the final games there in A.D. 523, Russo said.

A section of the underground beehive has been open to the public since 2010. In 2015, a model of the elaborate system that raised cages from the bottom of the amphitheater to the arena floor 24 feet above — built to descriptions found in ancient texts — was installed there.

Now visitors can walk down the tunnels that cross the length of the arena.

The opening of the underground area marks the end of the second of three phases of a 25 million euro project (about $29.8 million) sponsored by the luxury goods maker Tod’s.

The first stage involved cleaning and restoring the Colosseum’s vast, arcaded facade and substituting the metal gates that seal off the ground-level arches. The third phase calls for the restoration of galleries on its second level and the relocation of the visitor services center outside the monument.

The Transportation Security Administration will once again offer self-defense classes to flight attendants and pilots as the airline industry deals with a surge in cases of unruly passengers and sometimes violent behavior on flights.

The return of the classes comes after the coronavirus pandemic prevented crew members from receiving the training for more than a year.

The Federal Aviation Administration has documented more than 3,000 reports of unruly passengers on flights so far this year, and 2,350 of those cases have been tied to mask-wearing disputes. It has initiated investigations into 487 of those cases, more than triple the 146 cases that were investigated in all of 2019.

“With unruly passenger incidents on the rise, TSA remains committed to equip flight crews with another tool to keep our skies safe,” the agency said in a statement.

An agency training video from 2017 shows crew members learning how to physically restrain people and defend themselves, using dummies to practice eye pokes, elbow jabs and kicks to the groin.

The training is designed to help crew members handle tense and violent situations with passengers. Crew members learn how to “identify and deter potential threats, and if needed, apply the self-defense techniques against attackers,” the agency said.

A widely watched video recorded in May showed a woman punching a flight attendant in the face on a Southwest Airlines flight from Sacramento to San Diego. This month, an off-duty flight attendant took control of the public address system and then fought crew members while on a Delta Air Lines flight.

In May, four people faced $70,000 in civil fines for clashing with airline crews over mask requirements and other safety instructions, according to the FAA.

“We will not tolerate interfering with a flight crew and the performance of their safety duties,” Steve Dickson, the agency’s administrator, said on Twitter.

Darby LaJoye, the senior official performing the duties of the TSA administrator, said in a statement that while crew members hope that self-defense tactics are never needed, “it is critical to everyone’s safety that they be well-prepared to handle situations as they arise.”

When a Valedictorian Spoke of His Queer Identity, the Principal Cut Off His Speech

Less than a minute into Bryce Dershem’s valedictorian speech June 17, the microphone cut out. He had just told the audience at his New Jersey high school’s graduation ceremony that he came out as queer in his freshman year.

When he made that revelation, Principal Robert Tull went to the back of the stage and appeared to unplug some cords, a video from the ceremony shows.

Tull pointed to another copy of the speech on the lectern that did not have any references to sexuality or mental health.

A replacement microphone was brought to Dershem, but at that point, he said in an interview Saturday, he was frozen. Then his classmates at Eastern Regional, in Voorhees Township, cheered for him to continue.

“As it was happening, passion was surging through my veins that, yes, I need to give this speech,” he said, “because this is the exact kind of stigma that I want to fight against.”

Dershem knew every word of his own version of the speech, because he had been working on it for a month.

When Dershem’s speech was over, the audience gave him a standing ovation.

Tull and Dershem had been debating the contents of the speech for weeks, Dershem said, adding that he sent Tull three drafts, he said, because Tull said his speech was not broad enough for his 500 fellow seniors.

Tull and the Eastern Camden County Regional School District did not respond to requests for comment Saturday.

Superintendent Robert Cloutier told The Philadelphia Inquirer that the school district had not asked any students to remove mentions of “their personal identity” from their speeches.

The New York Times reviewed the high school’s livestreamed video of the ceremony. Dershem’s father reposted a clip of his son’s speech on YouTube.

Dershem is getting ready to move to Massachusetts in the fall. He will be a student at Tufts University, where he plans to promote the rights of women and LGBTQ people.

“I’m so happy to know that people are watching this speech,” he said. “I hope they believe in themselves more and feel less alone in their fight.”

After Bodies Are Found, Some Say Canada Day Is Nothing to Celebrate

After the discovery of hundreds of bodies in unmarked graves at former schools for Indigenous children, communities across Canada are canceling or altering plans to celebrate a patriotic holiday Thursday, increasing the pressure on Prime Minister Justin Trudeau to call off national celebrations.

For decades, families were forced to send their children to boarding schools to assimilate them, in what a national Truth and Reconciliation Commission found in 2015 was an effort to wipe out their cultures. With the discovery of the bodies at two schools in Western Canada, most of them children, many members of Indigenous communities and their leaders say that it’s inappropriate at this moment to celebrate the country behind the system.

“Celebrating Canada Day is being seen as inconsiderate to all the children’s lives that were lost and we encourage everyone to consider the price these children had to pay at the hands of the Canadian government,” Chief Bobby Cameron of the Saskatchewan Federation of Sovereign Indigenous Nations said in a statement.

Canada Day marks the date, July 1, 1867, when three British colonies were joined together to create the Dominion of Canada. Many Indigenous people have never commemorated Canada Day and view their Canadian citizenship as something that was imposed on them. Others, however, have actively participated in celebrations.

Ordinarily, the largest celebration is focused in and around Parliament Hill in Ottawa, where a large concert stage is normally erected and a day and evening of musical performances are capped with fireworks.

Steven Guilbeault, the federal minister whose department organizes the celebrations in the capital, said in an email that the virtual celebrations would go ahead. But he added that the government would focus its attention on commemorating residential school students Sept. 30, which a recently passed law has made into a statutory holiday, National Day of Truth and Reconciliation.

“We recognize that for many, Canada Day is not an occasion to celebrate,” Guilbeault wrote. “This has been a deeply emotional and traumatic time for Indigenous communities across the country.”

Robinhood Financial, the stock trading app company, was fined $70 million Wednesday by the securities industry’s self-regulator for a series of failures that the agency said hurt Robinhood’s customers.

The announcement came ahead of Robinhood filing an investment prospectus to go public, which is likely to land later this week, a person with knowledge of the matter said. The company’s initial public offering is expected to be one of the highest-profile of the year.

The fine, the largest ever imposed by the Financial Industry Regulatory Authority, known as FINRA, was the latest legal punishment for Robinhood. The 8-year-old startup has upended the online brokerage business by introducing fee-free trading and gained prominence this year as the venue of choice for much of the stock-trading mania that boosted shares in companies like GameStop and AMC Entertainment.

Regulators and lawmakers have repeatedly accused the Silicon Valley company of operational and regulatory lapses that, critics said, left customers exposed to sometimes ruinous losses. Robinhood has already paid tens of millions of dollars in fines, including $65 million to the Securities and Exchange Commission, for misleading customers about its business.

In its announcement Wednesday, FINRA said that the fine covered issues like false and misleading information and the harm suffered by customers from systems outages in March 2020. The regulator said Robinhood must follow rules that were designed to protect investors and the markets.

“Compliance with these rules is not optional and cannot be sacrificed for the sake of innovation or a willingness to ‘break things’ and fix them later,” Jessica Hopper, head of FINRA’s enforcement department, said in a statement.

In its announcement of the fine Wednesday, FINRA said Robinhood gave customers wrong information about how to trade on margin, or with borrowed money. The company also failed to closely scrutinize some customers who were approved to trade in stock options despite red flags suggesting they were not suited for that kind of high-risk trading, the regulator said.

FINRA also faulted Robinhood for system outages between 2018 and 2020 that locked customers out of their accounts during huge market swings, saddling some traders with thousands of dollars in losses. And the regulator announced a $30 million education initiative for new investors.