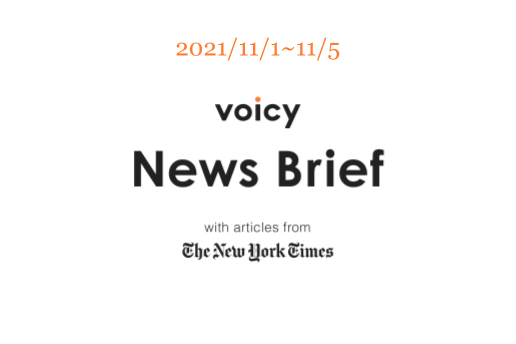 But a different and unheralded Apple release is garnering so much interest that it has become the company’s most back-ordered new product: a $19, 6.3-by-6.3-inch cloth to wipe smudges and fingerprints off screens.

The cloth, imprinted with the Apple logo in the corner, is made with “soft, nonabrasive material” to clean the screens of iPhones, iPads and MacBooks “safely and effectively,” according to the product page. The listing adds that the Polishing Cloth — capital P, capital C — is “compatible” with 88 different Apple products. For most U.S. shoppers, shipment is delayed until Jan. 11, at the earliest.

The Polishing Cloth is far more expensive than widely available alternatives. MagicFiber, a popular brand of microfiber cloth that uses ultrafine fibers to clean glass without scratching the surface, offers a pack of six for $9 on Amazon.

Even so, the price has not stopped Apple fans from rushing to be early adopters.

Technically, the cloth is not a new product. Apple had previously provided it free for customers who bought one of its high-end monitors. Apple said it designed its own cloth for the special glass and decided to sell the product separately when some customers asked to buy extras.

Apple said the cloth was made of a nonwoven microfiber but declined to elaborate.

Patrick Tomasso, 32, a Toronto-based YouTube creator, said he thought that Apple charging 25 Canadian dollars for the cloth was “ridiculous” since many tech products include a free microfiber cloth.

But when he noticed that it was not shipping until next year, he said he got a “bit of FOMO” — fear of missing out — and quickly snapped up two sheets from a nearby Apple store. As a spoof, Tomasso then made an “unboxing video” of himself opening the “most revolutionary Apple product.”

Japan’s Election Was Closer Than Usual, Even Though Party in Power Has Hit Snooze

TOKYO — Japan has had no shortage of faceless prime ministers over the decades, a revolving door of leaders forgotten nearly as soon as they leave office. The most recent to hit the exit, who himself lasted only a year, was faulted for a communication style that often came across like a cure for insomnia.

Now comes Fumio Kishida, who was chosen as prime minister last month by the governing Liberal Democrats and led the party to victory Sunday in a closer-than-usual parliamentary election.

In anointing Kishida, 64, last month, the Liberal Democrats passed over both an outspoken maverick who was popular with the public and a far-right nationalist who would have been Japan’s first female leader.

The gamble most likely cost the party votes in tight races around the country but preserved its simple majority in parliament. Still, facing public discontent over economic stagnation and the government’s initial handling of the coronavirus crisis, the Liberal Democrats won a majority but lost seats that included some held by prominent party leaders.

The Liberal Democrats won 261 seats as of early Monday, exceeding the 233 needed for a majority, according to NHK, the public broadcaster. The party, however, lost 23 since from the last lower house election in 2017, when then-Prime Minister Shinzo Abe led the party to a commanding victory.

Kishida said the result showed that the electorate had given the Liberal Democrats a “very precious credence.”

The rise of Kishida, a former foreign minister, is a potent reflection of the Liberal Democrats’ entrenched power in Japan. He was selected precisely because of his milquetoast persona, political experts said, as it allows behind-the-scenes power brokers to project their agenda onto him. And the party made its choice confident that it could win the election despite his lack of charisma.

Hoping to emerge from the election less weakened than expected, Kishida crisscrossed the country on chartered flights during the two-week campaign period. At his final campaign stop Saturday night, before a packed square in front of a Tokyo train station, Kishida received a smattering of polite applause as he shouted a hearty “Good evening.”

For the second time in two years, and only the third time in history, meteorologists have exhausted the list of names used to identify storms during the Atlantic hurricane season.

With the formation of Subtropical Storm Wanda on Saturday, there have been 21 named storms so far this year, starting with Tropical Storm Ana in May.

If more storms form, the National Weather Service will move on to a list of supplemental names, only the third time in history it has had to do that. The first was in 2005.

Wanda is not expected to pose any danger to land, the National Hurricane Center said Sunday.

It was located about 900 miles west of the Azores, with maximum sustained winds of 50 mph, forecasters said. The storm was moving west and was expected to make a slow, nearly 180-degree turn to the south, then east and then northeast through Tuesday before weakening, forecasters said.

But in March, citing confusion among the general public, the World Meteorological Organization said it would no longer use the Greek alphabet to label storms and would instead rely on a supplemental list of 21 names, beginning with Adria, Braylen and Caridad, and ending with Viviana and Will.

“Zeta, Eta, Theta — if you think about even me saying those — to have those storms at the same time was tough,” Kenneth Graham, director of the National Hurricane Center, said this year. “People were mixing the storms up.”

Like the main list of storm names, the supplemental list does not include names that begin with the letters Q, U, X, Y or Z, which officials said were not common enough or easily understood across English, Spanish, French and Portuguese, the languages frequently spoken throughout North America, Central America and the Caribbean.

The links between hurricanes and climate change are becoming more apparent. A warming planet can expect stronger hurricanes over time, and a higher incidence of the most powerful storms. But the overall number of storms could drop, because factors such as stronger wind shear could keep weaker storms from forming.

GLASGOW, Scotland — World leaders gathered at a crucial climate summit secured new agreements Tuesday to end deforestation and reduce emissions of the potent greenhouse gas methane, building momentum as the conference prepared to shift to a more grueling two weeks of negotiations on how to avert the planet’s catastrophic warming.

Capping off two days of speeches and meetings, President Joe Biden Tuesday said the United States pledged to be a “partner” with vulnerable countries confronting climate change, while expressing confidence that his own domestic climate agenda is on track to pass Congress despite the wobbling of a key Senate Democrat this week.

Biden told reporters the meeting had reestablished the United States as a leader on what he has called an existential threat to humanity, saying America would keep raising its climate ambitions and that his engagement on the issue had drawn thanks from other heads of state. He also reproached President Xi Jinping of China, the world’s largest emitter of greenhouse gases, along with President Vladimir Putin of Russia, for not attending the summit.

The most consequential agreements reached Tuesday came in areas where Biden said the United States was poised to move aggressively: reducing methane emissions and protecting the world’s forests.

The Biden administration announced Tuesday that the Environmental Protection Agency intends to limit the methane coming from about 1 million existing oil and gas rigs across the United States, as part of a larger climate-focused plan to protect tropical forests and a push to speed up clean technology.

Soon after the announcement, administration officials said 105 countries had signed the Global Methane Pledge, a commitment to reduce methane emissions 30% by 2030, including half of the world’s top 30 methane-emitting countries, and that they expected the list to grow.

Notably absent from those signing on, however, were some major methane polluters such as China, Russia, Australia and India.

Leaders of more than 100 countries also pledged Tuesday to end deforestation by 2030, agreeing to a sweeping accord aimed at protecting some 85% of the world’s forests, which are crucial to absorbing carbon dioxide and slowing the rise in global temperatures.

Millions of acres of forests are being lost to global demand for soy, palm oil, timber and cattle, most notably in Brazil, which has seen a surge in deforestation of the Amazon since President Jair Bolsonaro took office in 2019. Brazil is among the signatories of the agreement.

Facebook plans to shut down its decade-old facial recognition system this month, deleting the face scan data of more than 1 billion users and effectively eliminating a feature that has fueled privacy concerns, government investigations, a class-action lawsuit and regulatory woes.

Jerome Pesenti, vice president of artificial intelligence at Meta, Facebook’s newly named parent company, said in a blog post Tuesday that the social network was making the change because of “the many concerns about the place of facial recognition technology in society.”

The decision shutters a feature that was introduced in December 2010 so that Facebook users could save time. The facial recognition software automatically identified people who appeared in users’ digital photo albums and suggested users “tag” them all with a click, linking their accounts to the images. Facebook now has built one of the largest repositories of digital photos in the world, partly thanks to this software.

Facial recognition technology, which has advanced in accuracy and power in recent years, has increasingly been the focus of debate because of how it can be misused by governments, law enforcement and companies. In China, authorities use the capabilities to track and control the Uighurs, a largely Muslim minority. In the United States, law enforcement has turned to the software to aid policing, leading to fears of overreach and mistaken arrests.

Facebook only used its facial recognition capabilities on its own site and did not sell its software to third parties. Even so, the feature became a privacy and regulatory headache for the company. When the Federal Trade Commission fined Facebook a record $5 billion to settle privacy complaints in 2019, the facial recognition software was among the concerns. Last year, the company also agreed to pay $650 million to settle a class-action lawsuit in Illinois that accused Facebook of violating a state law that requires residents’ consent to use their biometric information, including their “face geometry.”

Although Facebook plans to delete more than 1 billion facial recognition templates, which are digital scans of facial features, by December, it will not eliminate the software that powers the system, which is an advanced algorithm called DeepFace. The company has also not ruled out incorporating facial recognition technology into future products, Grosse said.