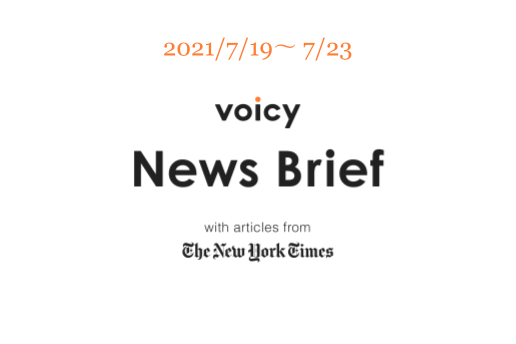 Organizers of the Tokyo Olympics said Saturday that a person had tested positive for the coronavirus inside the Olympic Village, less than a week before the Games are scheduled to begin.

It was the first confirmed case of the virus within the Olympic Village, which is in the seaside Tokyo district of Harumi. Organizers said the infected person was a visitor from overseas involved in staging the Games, not an athlete, and was serving a 14-day quarantine.

The CEO of the Tokyo organizing committee, Toshiro Muto, said that the person had tested positive during coronavirus screening within the village and that he did not know the individual’s vaccination status, the Kyodo News agency reported.

Fourteen cases were reported Saturday among personnel connected to the Games, including two members of the foreign media. It was the highest single-day total yet, according to officials, and brought to 44 the number of coronavirus infections that have been confirmed among Olympic delegations, staff members and contractors.

With opening ceremonies scheduled for Friday, infections among Olympic personnel and a rising COVID-19 caseload in Tokyo have fueled fears that the Games could become a superspreading event. Organizers have barred spectators from most Olympic venues and set up “bubbles” to separate foreign athletes and officials from the Japanese public.

The Olympic Village, which opened Tuesday, is expected to house most of the approximately 11,000 athletes participating in the Games. Residents are screened for the coronavirus daily, officials said.

Although the athletes are not required to be vaccinated against COVID-19, the president of the International Olympic Committee, Thomas Bach, said this past week that 85% of the people staying in the Olympic Village would be fully inoculated.

For inexperienced hikers, smartphones are a multipurpose tool: a flashlight, an emergency beacon and a GPS, all in one device. But it can be ill-advised, and possibly life-threatening, for hikers to rely solely on their phones as they head into the wilderness, experts say.

Apps and online maps have disoriented hikers on both sides of the Atlantic.

In Scotland, mountaineers are warning visitors that Google Maps may direct them toward “potentially fatal” trails that would force them to trek over cliffs and rocky, steep terrain.

A number of visitors recently have relied on Google Maps to reach the summit of Ben Nevis, 70 miles northwest of Glasgow and which at 4,500 feet is the highest peak in Britain, according to a statement from Mountaineering Scotland, a climbing organization, and the John Muir Trust, a charity that maintains natural areas in Britain.

If hikers follow Google’s directions to the parking lot nearest the summit, the map points them to a route straight up the mountain. Even experienced climbers would struggle up that path, the statement said.

The devices complicate things for some hikers who don’t realize they’ll need much more than their phones.

Mountaineering Scotland reported that a number of people in the country have been injured recently after following hiking routes they found online. Ben Nevis has been the site of a number of deaths in recent years, including a 24-year-old woman last month and three men in 2019.

In New Hampshire, mountain rescuers said they have saved many people who were ill-equipped for their outings.

At least once a week in the summer, the New Hampshire Fish and Game Department gets a call from hikers who have lost their way in the White Mountains, said Sgt. Alex Lopashanski, a conservation officer for the department.

“They try to follow a trail on their phone, which takes them into the woods, and they get themselves so lost,” he said.

These hikers cannot tell where they are because their screens are much smaller than paper maps, Lopashanski said. If officers can’t direct them back to a trail over the phone, it may take several hours for rescuers to find them.

Further complicating factors include wandering into remote areas without cell service or the devices running out of power, rendering them useless to summon help.

Coco Gauff Tests Positive for the Virus, Another Blow for the Games

Teenage American tennis star Coco Gauff announced Sunday on Twitter that she had tested positive for the coronavirus and would not be competing in the Tokyo Olympics. Her withdrawal was the latest sign that the pandemic would disrupt the Games with the opening ceremony just days away and the virus continuing to infect athletes and others involved.

“I am so disappointed to share the news that I have tested positive for COVID and won’t be able to play in the Olympic Games in Tokyo,” wrote Gauff, 17. “It has always been a dream of mine to represent the USA at the Olympics, and I hope there will be many more chances for me to make this come true in the future.”

Gauff was supposed to lead an American team of 12 players. Serena Williams, another American star, had already said she would not be at the Games, because of travel restrictions that would prevent her from traveling with her 3-year-old daughter.

It is unclear whether Gauff was vaccinated, but her busy tour schedule would have made getting jabbed a challenge. COVID vaccines were approved for people ages 16 and older in December in the European Union and the United States. In Britain, they are approved only for people ages 18 and older.

Public-opinion polls in Japan have shown tepid support for going ahead with the Games, which were already postponed by a year, and a nationwide surge in cases has cast a further pall over the event. After barring international spectators in March, organizers said this month that domestic spectators would be barred as well.

Anxiety over the Olympics has intensified as the highly contagious delta variant has been spreading in Asia. The variant is driving new outbreaks in places where transmission was once kept relatively low, but where the pace of vaccination has lagged, including Japan, South Korea, Malaysia and Indonesia.

Organizers reported more than two dozen positive coronavirus tests this weekend among people who have traveled to Japan for the event, including the first cases inside the athletes’ village.

Olympic officials defended their safety protocols Sunday, saying a strict testing regimen minimized the risk of outbreaks. At a news conference, Pierre Ducrey, operations director for the Olympic Games, said that since July 1, more than 18,000 participants had arrived in Japan from overseas and more than 30,000 tests had been conducted.

VAN HORN, Texas — Jeff Bezos, the richest human in the world, went to space on Tuesday. It was a brief jaunt — rising more than 65 miles into the sky above West Texas — in a spacecraft that was built by Bezos’ rocket company, Blue Origin.

“Best day ever,” Bezos exclaimed once the capsule had settled in the dust near the launch site.

The flight, even though it did not enter orbit, was a milestone for the company that Bezos, the founder of Amazon, started more than 20 years ago, the first time a Blue Origin vehicle carried people to space.

That Bezos himself was seated in the capsule reflects his enthusiasm for the endeavor and perhaps signals his intent to give Blue Origin the focus and creative entrepreneurship that made Amazon one of the most powerful economic forces on the planet. But the short duration of the trip also highlighted the company’s sluggish pace of progress and how far Bezos is from capturing a significant slice of the emerging space economy.

On Tuesday, however, the launch went smoothly, as planned.

At 8:11 a.m. Central time, the stubby rocket and capsule, named New Shepard after Alan Shepard, the first American in space, rose from the company’s launch site in Van Horn.

Over the past six years, Blue Origin has conducted 15 successful test flights without people aboard, and engineers deemed that New Shepard was finally ready for passengers — their boss included.

The other three passengers were Bezos’ brother, Mark; Oliver Daemen, a Dutch student who was Blue Origin’s first paying passenger; and Mary Wallace Funk, a pilot who in the 1960s was among a group of women who passed the same rigorous astronaut selection criteria employed by NASA but who, until Tuesday, never had the chance to board a rocket.

At 18, Daemen was the youngest person ever to go to space. At 82, Funk, who goes by Wally, was the oldest.

Once the booster had used up its propellant, the capsule detached from the rocket at an altitude of about 47 miles. Both pieces continued to coast upward to 66.5 miles, passing the 62-mile boundary often considered to be the beginning of outer space.

Bezos and the passengers unbuckled and floated around the capsule, experiencing about 4 minutes of free fall.

The booster landed vertically, similar to the reusable Falcon 9 booster of the rival spaceflight company SpaceX. The capsule then descended under parachutes until it gently set down in a puff of dust.

Ten minutes and 10 seconds after launch, it was over. A few minutes later, the four emerged euphorically from the capsule.

Iran is struggling with a fifth wave of the coronavirus pandemic, an economy strained by American sanctions and stalled talks on rescuing a nuclear agreement that was once seen as an economic salvation.

Now the country is contending with a different but easily foreseen crisis: a severe water shortage.

A prolonged drought and rising temperatures from climate change, combined with decades of government mismanagement of natural resources and lack of planning, have turned the water crisis into a volatile incubator of protests and violent unrest.

For the past week, demonstrators have surged into the streets of parched Khuzestan province in the southwest, the epicenter of the protests. They have been met by security forces whose crackdowns have sometimes turned deadly — fueling more anger that is spreading elsewhere.

Khuzestan is home to an ethnic Arab population that has historically faced discrimination and that includes a restive separatist movement. But the protesters have insisted their grievance is not tied to separatism.

“We kept shouting, ‘We want water, just water, we don’t have water,’” Mohammad, 29, an ethnic Arab street vendor, said in a phone interview with The New York Times from Ahvaz, Khuzestan’s provincial capital. “They answered us with violence and bullets.”

Large crowds in Khuzestan shouting, “I am thirsty!” — captured in amateur videos and shared via social media — have demanded immediate relief and the resignations of local officials. Some protesters have gone further, denouncing top officials in Tehran including Ayatollah Ali Khamenei, the supreme leader.

This new challenge to the authorities, although long in the making, comes just a few weeks before an ultraconservative new president and Khamenei disciple, Ebrahim Raisi, is to take office, providing an early test of how he will respond.

Known for ruthlessness toward political dissent, Raisi, the country’s former judiciary head, faces a more delicate task in dealing with ordinary Iranians whose basic grievance is a water shortage.

It is not as if government officials can feign surprise. The consequences of an intensifying drought have been looming.

The energy minister warned in May that Iran was facing the driest summer in 50 years and that temperatures approaching 50 degrees Celsius — 122 degrees Fahrenheit — would lead to cuts in electricity power and shortages of water.