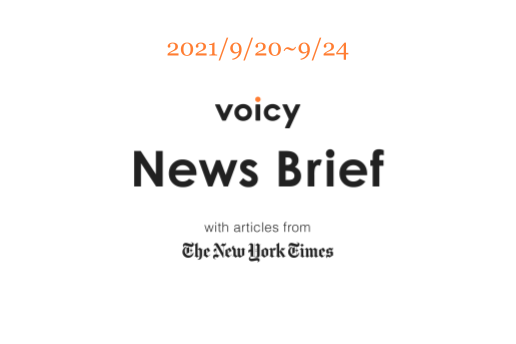 The Battle for Digital Privacy Is Reshaping the Internet

SAN FRANCISCO — Apple introduced a pop-up window for iPhones in April that asks people for their permission to be tracked by different apps.

And Facebook said last month that hundreds of its engineers were working on a new method of showing ads without relying on people’s personal data.

The developments may seem like technical tinkering, but they were connected to something bigger: an intensifying battle over the future of the internet. The struggle has entangled tech titans, upended Madison Avenue and disrupted small businesses. And it heralds a profound shift in how people’s personal information may be used online, with sweeping implications for the ways that businesses make money digitally.

At the center of the tussle is what has been the internet’s lifeblood: advertising.

More than 20 years ago, the internet drove an upheaval in the advertising industry. It eviscerated newspapers and magazines that had relied on selling classified and print ads, and threatened to dethrone television advertising as the prime way for marketers to reach large audiences.

Instead, brands splashed their ads across websites, with their promotions often tailored to people’s specific interests. Those digital ads powered the growth of Facebook, Google and Twitter, which offered their search and social networking services to people without charge. But in exchange, people were tracked from site to site by technologies such as “cookies,” and their personal data was used to target them with relevant marketing.

Now that system, which ballooned into a $350 billion digital ad industry, is being dismantled. Driven by online privacy fears, Apple and Google have started revamping the rules around online data collection.

IMedia publishers, app-makers and e-commerce shops are now exploring different paths to surviving a privacy-conscious internet, in some cases overturning their business models. Many are choosing to make people pay for what they get online by levying subscription fees and other charges instead of using their personal data.

Businesses that can no longer track people but still need to advertise are likely to spend more with the largest tech platforms, which still have the most data on consumers.

LONDON — As relations between France and the United States sink to their lowest level in decades, Britain has emerged as the unlikely winner in a maritime security alliance that has sowed anger and recrimination across three continents.

The British government played an early role in brokering the three-way alliance with the United States and Australia to deploy nuclear-powered submarines in the Pacific, according to officials in London and Washington. The landmark agreement was announced hours after Australia canceled a $66 billion deal for diesel-electric submarines with France, provoking fury in Paris and quiet satisfaction in London.

For British Prime Minister Boris Johnson, who will meet this coming week with President Joe Biden at the White House and speak at the United Nations, it is his first tangible victory in a campaign to make post-Brexit Britain a player on the global stage.

Since leaving the European Union 18 months ago, Britain has cast about for a place in the world. Brexiteers latched on to the phrase “Global Britain,” which always seemed more a marketing slogan than a coherent foreign policy.

Yet the deal sealed Wednesday, in which the United States and Britain would supply Australia with the submarines, confirmed Britain’s status as a military power with nuclear expertise, as well as a trusted ally of the United States. It also lent credibility to Johnson’s effort to build a British presence in Asia, a strategy that at first looked mostly like a nostalgic throwback to its imperial past.

Now, Britain has negotiated trade deals with Australia, Japan and South Korea, and deployed an aircraft carrier to help the United States keep an eye on China in the South China Sea, where Beijing is asserting its own imperial ambitions by constructing a chain of military installations.

“It does for the first time start to flesh out Global Britain,” said Kim Darroch, a former British ambassador to Washington. “We’re starting to build a real presence, in the defense and economic spheres, in that part of the world.”

Darroch cautioned that the economic dividends of the deal — how many jobs and how much money would flow to British factories — still had to be worked out with the United States. Joining a far-flung security alliance also imposes costs and expectations on Britain, which is shrinking the size of its military and, like many countries, has had its public finances ravaged by the pandemic.

The Biden administration will lift travel restrictions starting in November for foreigners who are fully vaccinated against the coronavirus, reopening the country to thousands of people, including those who have been separated from family in the United States during the pandemic, and easing a major source of tension with Europe.

The halt to the 18-month ban on travel from 33 countries, including members of the European Union, China, Iran, South Africa, Brazil and India, will also rejuvenate a U.S. tourism industry that was left crippled by the pandemic. The industry suffered a $500 billion loss in travel expenditures in 2020.

“This is a major turning point in the management of the virus and will accelerate the recovery of the millions of travel-related jobs that have been lost due to international travel restrictions,” said Roger Dow, president of the U.S. Travel Association.

Foreign travelers will need to show proof of vaccination before boarding and a negative coronavirus test within three days of coming to the United States, Jeff Zients, the White House pandemic coordinator, said Monday. Unvaccinated Americans who want to travel home from overseas will have to clear stricter testing requirements. They will need to test negative for the coronavirus one day before traveling to the United States and show proof that they have bought a test to take after arriving in the United States, Zients said.

The Centers for Disease Control and Prevention will also soon issue an order directing airlines to collect phone numbers and email addresses of travelers for a new contact-tracing system. Authorities will then follow up with the travelers.

“I am trying not to cry because it’s such a beautiful day,” said Giovanni Vincenti, 42, an Italian professor who lives in Baltimore. Vincenti’s daughter, who was born last May, has never met her grandparents because of the travel ban.

The changes announced Monday apply only to air travel and do not affect restrictions along the land border, Zients said.

President Joe Biden has kept the restrictions against potential travelers from the European Union, Britain, India and other places, despite pleas from business leaders in need of profits from tourism, immigrant workers who traveled overseas to renew work visas to work in the United States only to be left stranded and citizens left separated from their partners abroad.

NEW YORK — Google on Tuesday announced it would spend $2.1 billion to buy a sprawling Manhattan office building on the Hudson River waterfront, paying one of the largest purchase prices in recent years for an office building in the United States and providing a jolt of optimism to a New York City real estate industry lashed by the pandemic and the shift to remote work.

The transaction comes during a precarious period for the city’s office market, the largest in the country, as the swift embrace of hybrid work and the shedding of office space have presented the most serious threat to the industry in decades.

While Manhattan has a glut of office space available for lease, setting record highs during the pandemic, the four firms that make up so-called Big Tech — Amazon, Apple, Google and Facebook — have staked a bullish position on the future of New York.

The companies have rapidly grown their operations and workforce, one of the few bright spots for New York, which has been hit harder by the pandemic’s economic toll than any other major American city.

Google was already leasing but not yet occupying the 1.3 million-square-foot property, known as St. John’s Terminal, a former freight terminal that is being renovated and expanded near the Holland Tunnel. The company has 12,000 corporate employees in New York City — its largest satellite office outside its California headquarters — and said on Tuesday it planned to hire another 2,000 workers in the city in the coming years.

Collectively, the four tech giants employ more than 20,000 people in their Manhattan offices. But their workers are unlikely to work five days a week in the office again anytime soon. Many tech companies have said they will allow employees to work remotely in a hybrid arrangement even after the pandemic ends.

The speed with which the economy recovers in New York City, especially Manhattan, could hinge on its swath of office buildings, which before the pandemic attracted 1 million workers every day whose spending on everything from morning coffee to business lunches to after-work Broadway shows supported thousands of businesses.

Facebook’s Chief Technology Officer to Step Down in 2022

SAN FRANCISCO — In a rare change to Facebook’s top ranks, Mike Schroepfer, the chief technology officer and a longtime executive, plans to step down from his position next year, the company said on Wednesday.

Schroepfer, 46, who has worked at Facebook for more than 13 years, plans to transition into a newly created role as a senior fellow, which he said would allow him to focus on activities outside the company. He said he would spend more time with family and on personal philanthropic efforts while continuing to recruit and develop technical talent for Facebook.

“This is a difficult decision because of how much I love Facebook and how excited I am about the future we are building together,” Schroepfer said in a post on his personal Facebook page.

Apart from the departures of several top executives in 2018, Mark Zuckerberg, Facebook’s chief executive, has kept a tight circle of lieutenants around him for years. Sheryl Sandberg, the chief operating officer, has held her position since 2008.

Schroepfer’s departure was announced as Facebook faces intense scrutiny for issues as varied as toxic speech, misinformation and privacy. The chief technology officer, who has overseen the building of artificial intelligence systems to identify and prevent violent and hateful posts from being seen on the social network, has been key to some of its efforts to battle the problems.

“He has played a critical role in almost everything we’ve done,” Zuckerberg said on Wednesday in a company blog post.

Some former employees said they were concerned about Schroepfer’s departure because he was widely viewed as one of the better-liked and approachable executives. He was also seen as a voice of reason as Facebook navigated crises.

“After I left FB earlier this month, many existing employees asked me who could now best be their ally on matters of societal import,” Samidh Chakrabarti, who led efforts to crack down on harmful content on Facebook, wrote on Twitter on Wednesday. “Who was on my short list every single time? Schrep. So this is indeed significant.”