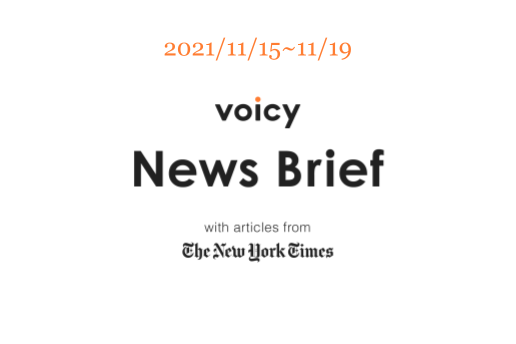 Nearly 14 years after a Los Angeles court deemed pop sensation Britney Spears unable to care for herself, stripping the singer of control in nearly every aspect of her life, a judge ruled Friday to end the conservatorship that Spears said had long traumatized and exploited her.

James Spears, Spears’ father, who is known as Jamie, first petitioned the court for authority over his adult daughter’s life and finances in 2008, citing her public mental health struggles and possible substance abuse amid a child custody battle. What began as a temporary conservatorship was made permanent by the end of the year.

Since then, the conservatorship has governed both the big business of Britney Spears and the day-to-day reality of the woman at its center.

The setup drew questions from Spears’ increasingly invested fans and outside observers, who asked why an active global celebrity was in an arrangement typically reserved for people who cannot feed, clothe or shelter themselves.

Spears, in her first extended public comments on the conservatorship at a court hearing this summer, argued that its authority went too far, saying that those in charge forced her to take medication, work against her will and use a birth control device. She called for them to be investigated and jailed, pointing to her father, 69, as “the one who approved all of it.”

The singer was not present in court Friday. But before the hearing, she was seen in a video posted to Instagram by her fiancé, Sam Asghari, wearing a T-shirt that read #FREEBRITNEY above the phrase “It’s a human rights movement.”

A lawyer for Spears, Mathew S. Rosengart, repeated some of the singer’s recent comments about the conservatorship in court Friday at her behest, he said.

“I just want my life back,” Rosengart told the judge, quoting Spears.

Spears responded to the ruling on social media Friday evening. “Good God I love my fans so much it’s crazy,” she wrote, adding some emojis. “I think I’m gonna cry the rest of the day !!!! Best day ever … praise the Lord … can I get an Amen.”

Japan’s Economy Shrinks, but Outlook Is Warm as Virus Ebbs

Japan’s economy continued to wobble in the third quarter of 2021, tipping back into contraction, as the country struggled to find its economic footing in the face of coronavirus restrictions and a supply chain crunch that hit its biggest manufacturers.

In the July-to-September period, the country’s economy, the third largest after the United States and China, shrank by an annualized rate of 3%, government data showed Monday. The result, a quarterly drop of 0.8%, followed a slight expansion in the previous three-month period, when economic output grew at a revised annualized rate of 1.5%, or a quarterly rate of 0.4%.

But brighter days may be ahead, at least in the near term.

Japan now has one of the highest vaccination rates among major nations, and it has lifted virtually all restrictions on its economy as its virus caseload has fallen in recent weeks to one of the lowest levels in the world.

Seventy-five percent of the country is fully vaccinated. And coronavirus case counts have hovered in the low hundreds since mid-October, a decline of about 99% since their August peak, heralding the return of long-suppressed consumer spending.

Bolstering the positive outlook, policymakers, fresh off an election, are preparing a new round of stimulus.

Even before the pandemic, Japan, with its aging population and waning business competitiveness, was struggling to achieve economic growth. After a growth spurt in the second half of last year, the economy has been stuck in a cycle of expansion and contraction, ebbing and flowing with the virus’s waves.

While other major economies have returned to life on the back of loosened restrictions, Japan has seemed unable to extricate itself from the virus-induced quagmire, the consequences of months spent struggling with the pandemic.

The country started the July-to-September period on the back foot because of a clunky vaccine rollout that left it far behind its peer countries.

Since the country ended its state of emergency last month, however, foot traffic has nearly returned to pre-pandemic levels, said Tomohiko Kozawa, a researcher at the Japan Research Institute.

“There’s a risk that infections could begin to spread again, but for the moment, the outlook points to recovery,” he said, adding that “we can expect high growth” in domestic consumption in the coming months.

Michelle Butler was 21 weeks pregnant with twins — a boy and a girl — when she felt contractions.

On July 5, 2020, at about 1 p.m., the babies, C’Asya Zy-Nell and Curtis Zy-Keith Means, were born. She was told that the infants, who each weighed under 1 pound, had less than a 1% chance of survival. They were quickly placed on ventilators.

C’Asya died less than a day later. Butler, 35, said she had held her in her arms, prayed for her and told her she loved her.

But Curtis hung on. He was trying to breathe on his own, and his heart rate was improving, showing a resilience that shocked longtime nurses and doctors at the University of Alabama at Birmingham.

Curtis was released in April, after 275 days in the neonatal intensive care unit. On Wednesday, Guinness World Records named Curtis, who was born 132 days early, the world’s most premature infant to live to a first birthday. He is now 16 months old.

Curtis’ early birth reflects the persistently high frequency of premature births in the United States, where the yearly rate of preterm births hovers at about 10%. In Alabama, the rate was 12.5% in 2019, according to the March of Dimes.

Curtis was born one month after the previous record-holder, Richard Hutchinson, who was born in Minneapolis after only 21 weeks and two days of gestation.

The risk of preterm births is even higher for Black women, who are more than 50% more likely than white women to give birth early, according to the Population Reference Bureau.

Myriad factors can contribute to premature births, including a mother’s age and income, her health and her access to prenatal care.

Curtis still relies on a feeding tube and a ventilator to supplement his oxygen. He needs speech and physical therapy, Butler said. But the doctors said they were pleased with his progress.

KENOSHA, Wis. — A prosecutor in the Kyle Rittenhouse trial began his closing argument on Monday with an acknowledgment that the case had been clouded by politics, by feverish media coverage, by anger and outrage on both the right and the left.

“Look for the truth,” Thomas Binger, the prosecutor, urged the jury. “So many people look at this case and they see what they want to see.”

Mark Richards, a defense lawyer, echoed the sentiment in his own closing argument.

“This case is not a game,” Richards said. “Use your common sense and good judgment.”

The jury will begin on Tuesday to deliberate the fate of Rittenhouse, who is accused of first-degree intentional homicide and four other felonies in the shootings of three men in the aftermath of protests in 2020. Throughout the morning and afternoon on Monday, the panel of Kenosha County residents watched intently as lawyers delivered dueling narratives.

When graphic images of the two men who died and a third man who was injured were displayed on television screens, several jurors winced and looked away. They grew visibly tired as closing arguments dragged into the late afternoon.

Binger, over the course of a two-hour closing argument, tried to convince the jury that Rittenhouse had behaved in an ignorant and reckless fashion that resulted in the deaths of two people and the maiming of another.

On Aug. 25, 2020, the day of the shootings, Rittenhouse traveled to downtown Kenosha, which had erupted in protests that included looting and arson after a white police officer, Rusten Sheskey, shot Jacob Blake, a Black resident. Rittenhouse has said he went to Kenosha to protect property and provide medical treatment, but things quickly got violent after someone near him fired a gun.

At the center of the trial is the question of whether Rittenhouse was reasonable in his belief that shooting the three men was necessary to save himself from death or serious injury.

Binger, the prosecutor, showed jurors a drone video on Monday that he said showed evidence that Rittenhouse had provoked the confrontation by pointing his gun at a bystander and prompting Joseph Rosenbaum, who died after being shot four times, to give chase.

“When the defendant provokes the incident, he loses the right to self-defense,” he said. “You cannot claim self-defense against a danger you create.”

Uneasy About the Economy, Americans Are Spending Anyway

American consumers are dour about the economy, worried about inflation and pessimistic about the direction of the country.

But none of that is keeping them from spending.

Retail sales set a record in October, before adjusting for inflation, and Wall Street forecasters are predicting a holiday season that looks less like pandemic-constrained 2020 than like 2019, when a strong labor market powered robust sales.

The strength of consumer spending reflects the resilience of the economy after a year and a half of disruptions, and the success of the government’s economic response in insulating many families from the damage. Households in the aggregate have trillions of dollars more in accumulated savings than before the crisis.

But the heavy spending is also intensifying supply-chain snarls and shipping delays. That, in turn, is pushing up prices: Inflation in October hit its highest annual rate in more than three decades.

“There is a supply shortage, but it’s not because of bottlenecks. It’s because we’ve had this big shock to aggregate demand, and supply can’t respond quickly enough,” said Aneta Markowska, chief financial economist for Jefferies, an investment bank.

Walmart in recent months began chartering ships to circumvent the shipping congestion and has been pushing to hire 150,000 workers before the holidays. On Tuesday, the company said its inventory in the United States was 11.5% higher heading into the holiday season this year than last.

Consumers overall spent a record $638 million at stores and restaurants in October, the Commerce Department said Tuesday, up 1.7% from September and 21% above prepandemic levels. It was the biggest one-month gain since March, when the final round of government stimulus checks lifted spending.

Inflation is eating up some of the increased spending. Sales at gasoline stations rose nearly 47% in October from a year earlier, the result of gas prices that are up roughly the same amount in that time. But overall, sales are rising faster than prices: Adjusted for inflation, retail sales were up 0.7% percent in October from the previous month, and up 9.5% from a year earlier.