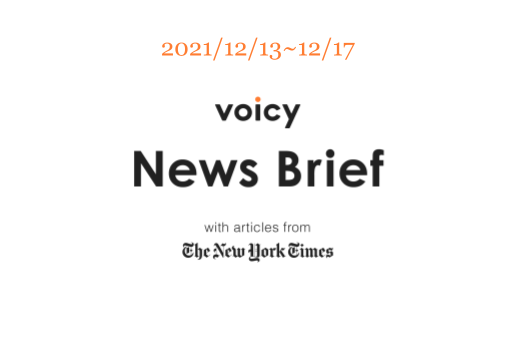 Tornadoes Tear Through South and Midwest, With at Least 70 Dead in Kentucky

MAYFIELD, Ky. — Rescue workers across the middle of the country combed through wreckage for survivors Saturday after a horde of tornadoes ripped a catastrophic swath from Arkansas through Kentucky. Scores of people were killed in the storms, and officials warned that the toll was almost certain to rise as they sifted through the ruins.

The tornadoes tore through at least six states Friday night, including Arkansas, Illinois, Kentucky, Mississippi, Missouri and Tennessee, said Bill Bunting, operations chief at the Storm Prediction Center, part of the National Weather Service. They crumbled metal like paper, swatted down concrete buildings and threw a freight train off its track.

The tornado outbreak killed people who were working the Friday night shifts at a candle factory in Kentucky, where scores are believed to have died, and at an Amazon warehouse in Illinois, where at least six people were killed and where recovery operations were continuing. Officials said Saturday that they did not know how many workers at the warehouse were unaccounted for but that they expected recovery efforts to continue for three more days.

Hundreds of thousands of people were without power Saturday, according to reports compiled by PowerOutage.us.

In a speech Saturday afternoon in Delaware, where he was spending the weekend, President Joe Biden said his administration would do “everything it can possibly do to help” the states that had sustained serious damage in the tornado outbreak.

Several tornadoes touched down in Kentucky, one of them traveling for more than 200 ruinous miles. At least 70 people had been killed in the state, a toll that was likely to rise.

Although the destruction was spread throughout western Kentucky, much of the estimated death toll came from a single building, the Mayfield Consumer Products candle factory, just southwest of the small city of Mayfield. Officials described an almost unfathomable level of destruction there.

Mayfield, a town of around 10,000 people in a western corner of the state known as the Jackson Purchase, was the site of some of the worst destruction of the outbreak. On Saturday, the city’s grid of narrow streets was a perilous maze of downed power lines and rubble, with the insides of buildings spilling out over the sidewalks.

Steven Spielberg’s rave-reviewed remake of “West Side Story” arrived to an estimated $10.5 million in North American ticket sales, a feeble result — even by pandemic standards — that added to alarm in Hollywood about the theatrical viability of films that are not visual effects-driven fantasy spectacles or new chapters in ongoing franchises.

But there was also a camp that cautioned against making any speedy assessments. Musicals often get off to a slow start, even more so when they are released in mid-December. Fueled by positive word-of-mouth and awards attention, they can turn into little engines that could. Golden Globe nominations will be announced Monday.

“The Greatest Showman,” for instance, collected $8.8 million over its first three days in domestic theaters in December 2017 and was insta-written off as a box office embarrassment. Then the soundtrack caught fire among young women. “The Greatest Showman,” which cost $84 million to make, finished its six-month run in theaters with $437 million in worldwide ticket sales.

On Sunday, Disney, which released “West Side Story” on its 20th Century Studios label, noted that ticket buyers gave the film an A grade in CinemaScore exit polls. Indicators of audience sentiment “all bode well for the long run ahead through the upcoming holiday season,” the company said.

In release in 37 international markets, including some countries where the omicron variant has prompted governments to tighten safeguards, “West Side Story” took in $4.4 million. The film’s global total so far, $14.9 million, missed Disney’s prerelease hope of $25 million by roughly 40%.

“West Side Story,” based on the 1957 Broadway musical, cost an estimated $100 million to remake, not including tens of millions of dollars in marketing costs.

In the United States and Canada, turnout for “West Side Story” was largest among ticket buyers over the age of 55.

“This is a story about an interracial romance,” David Gross, who runs the film consultancy Franchise Entertainment Research, said in an email Sunday. “Once upon a time, that was rare and remarkable. Not anymore. For moviegoers, context may have caught up with this film, however well made it is.”

Among A-list filmmakers, Spielberg is one of the last streaming holdouts. Although his company, Amblin, signed a multiyear deal in June to make feature films for Netflix, Spielberg has pushed for his directorial projects to remain theatrical exclusives.

Margaret Giannini, Champion of People With Disabilities, Dies at 100

Dr. Margaret Giannini, a pioneer in treating developmental and physical disabilities, died Nov. 22 at her home in San Diego. She was 100.

Giannini, an internationally recognized expert in the care of people with disabilities, was the catalyst behind what is now the Westchester Institute for Human Development in Valhalla, New York, north of New York City, one of the world’s largest facilities for people with developmental disabilities.

A pediatric oncologist at New York Medical College, she was summoned one day in 1950 to the office of the chair of her department, Dr. Lawrence Slobody. He introduced her to several parents whose children had a range of disabilities; they had not been able to find a doctor in New York City willing to provide them with general medical care.

Recognizing the obvious need, Giannini decided almost on the spot to start a clinic that would focus exclusively on such children. That year, she founded the Mental Retardation Institute in East Harlem, which she said was the first of its kind in the country. She worked out of a basement because others in the building did not want children with visible problems coming through the lobby.

“If ever a vital need and the right one to fill it were well met,” the Daily News wrote in 1970, “it’s in the person of Dr. Margaret Giannini and the field of mental retardation,” the commonly accepted term of that era.

By 1971, she had raised more than $7.5 million to establish a new building in Valhalla. The institute provided diagnosis, evaluation and therapy. It also trained professionals and students in psychology, social work, speech, audiology, nutrition and rehabilitation.

Giannini was dedicated to helping people with disabilities “before it became respectable,” she told the Daily News.

“There was a feeling of hopelessness about it,” she said. “I think the feeling of many physicians was ‘What do you want to bother with that for? You can’t do anything anyway — it’s just time-consuming and draining.’”

In addition to her son Louis, she is survived by three other sons, Robert, Justin and Mark Salerno; five grandchildren; and two great-grandchildren. Her husband, Dr. Louis Salerno, died in 1988.

The sentences ranged from 4 to 14 months. While this case was not prosecuted under a stringent national security law imposed on Hong Kong by Beijing last year, several of the defendants, including Lai, also face separate charges under that law.

Lai and the other activists — including Chow Hang-tung, Gwyneth Ho and Lee Cheuk-Yan — gathered June 4, 2020, in Victoria Park before an annual vigil organized by the Hong Kong Alliance in Support of Patriotic Democratic Movements of China, a pro-democracy group. The alliance had hosted those vigils, a potent symbol of Hong Kong’s differences from the rest of China, in the park for three decades. But the government banned the gathering last year, citing the coronavirus pandemic, and again this year.

Lai received 13 months in prison from the judge, Amanda J. Woodcock. Lee, a former lawmaker and leader of the alliance, received the heaviest sentence, 14 months. A former chairman of the opposition Democratic Party, Wu Chi-wai, was sentenced to four months and two weeks.

Many of the eight handed prison terms Monday had already been sentenced in other cases related to the pro-democracy protests that roiled Hong Kong in 2019. Lai, for example, had already received 20 months. He will serve his new term concurrently. But he faces further charges under the security law, which can bring up to life imprisonment.

If commemorating the massacre was a crime, Lai wrote in a statement read by his lawyer, Robert Pang, “let me suffer the punishment of this crime, so I may share the burden and glory of those young men and women who shed their blood on June 4 to proclaim truth, justice and goodness.”

Lai and Chow, a vice chairwoman of the alliance, were convicted by Woodcock on Thursday of inciting others to take part in an unauthorized assembly.

Chow and Ho, a journalist turned politician, were convicted of participating in the unauthorized assembly. More than 20 other defendants, including the others sentenced Monday, had already pleaded guilty in relation to the gathering.

Federal Reserve policymakers said they will cut back on their stimulus more quickly at a moment of rapid inflation and strong economic growth, capping a challenging year with a pronounced policy pivot that could usher in higher interest rates in 2022.

Central bank officials released a policy statement and a fresh set of economic projections at the conclusion of their two-day meeting. The statement showed that officials decided to slow the monthly bond-buying that they had been using throughout the pandemic to keep money chugging through markets and to bolster growth more rapidly.

Officials are slashing their purchases by twice as much as they had announced last month, a pace that would put them on track to end the program altogether in March. That decision came “in light of inflation developments and the further improvement in the labor market,” according to the policy statement.

Speeding up the end of the Fed’s bond-buying will position the central bank to more promptly raise its policy interest rate — a more traditional and more powerful tool — if officials decide that doing so is necessary to keep inflation under control. The Fed’s economic projections suggested that officials expected to make three interest rate increases next year.

“With inflation having exceeded 2% for some time, the committee expects it will be appropriate to maintain this target range until labor market conditions have reached levels consistent with the committee’s assessments of maximum employment,” the Fed said in its new statement — making it clear that officials feel their inflation goals have been achieved and putting the onus for rate increases squarely on labor market progress.

By slowing bond-buying and moving toward rate increases, the Fed is adding less juice to the economic expansion. While officials spent much of the year laying out a patient path for winding down their pandemic-era help for the economy, they have turned more proactive in recent weeks as they have become more worried that a burst in inflation this year could linger. The Fed is supposed to keep prices stable while fostering a strong labor market, and those two goals are increasingly in tension.

Consumer prices climbed 6.8% in November from a year earlier, the quickest pace of increase since 1982. The Fed’s preferred inflation gauge has shown slightly slower gains but has also moved up sharply.